Showing posts from September, 2011
Show All

Overheard at the supermarket

September 29, 2011
Woman (arriving at checkout with a lot of greens) : Don't laugh, but I have an unhealthy obsession with cucumbers. Well... I guess it is healthy...
Read more...

September 26, 2011
The Passenger which is having its UK premiere at the ENO's Coliseum, is a lavish production with a great cast. It is a pity that the music does not live up to the standards of production. By interval I found it to be hard going with little reward from the Shostakovitch-like score. However upon heading to the bar for interval drinks I found myself listening to an elderly gentleman also heading to the bar who thought it was brilliant and compared it to Shakespeare. Or Shakespeare with a lot of clanging... Following that brief discussion, it seemed like it would be too easy to leave and not come back for the second half. So @Johnnyfoxlondon and I returned to the general area of our seats. The lady next to me in the first half who was texting on her phone throughout and laughing at rather serious parts of the piece had not returned so we had room to spread out. Fortunately in the second half, the music and story is much stronger. There are also a surprising blend of styles includi
Read more...

The London riots come to mind when thinking about A Clockwork Orange, which has been "re-imagined" at the Theatre Royal Stratford East . While it is not the entire focus of the story, the lawlessness and the violence that features in this story evokes the memories of August when fear and panic gripped the city. A Clockwork Orange serves to remind us that perhaps this is not a new problem for this part of the world... This re-imagining and musicalisation of the story does take a different approach to the book by Anthony Burgess. But taking it on its own merits rather than a faithful adaptation it makes for a engaging and entertaining evening out. There is no classical music in this version of the story. Instead we have some thrilling music by Fred Carl that appears to be inspired by jazz, hip hop and perhaps AfroReggae . For the most part this propels the story forward and gives the performances the opportunity to deliver some emotionally charged songs. Holding the s
Read more...

Theatre: The Moon Is Halfway To Heaven 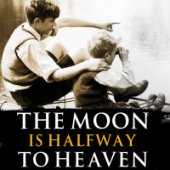 The Moon is Halfway To Heaven is currently at the Jermyn Street Theatre and is an insightful look at friendships through the ages. Written and performed by  David Kerby-Kendall with Lucas Hare , it charts the history of two friends from seven through to eighty-nine, against the backdrop of events in England over the last century to the present day. They meet at the local park bench and discuss the times and their lives and where they are heading. What makes this play interesting is how natural and honest it is at exploring two characters emotions over the ages. I couldn't quite believe that a park bench would survive in England that entire period without being trashed, burned or weathered away, but it is was a reflective evening at the theatre nonetheless. And an opportunity to catch two excellent performances and some new writing in the West End. It runs through to 1 October.
Read more...

Rock of Ages which is now playing in London, is a jukebox musical of classic rock hits from the eighties. It is full of so much energy and rocked the Shaftesbury Theatre on Wednesday night so hard, that you can't help but like it. This show has played Broadway and other parts of the world and now even has a film in the works. The reasons why it has been such a success might bewilder, but you will have a good time anyway The cast of incredibly talented people manage to do a lot with the material. And by that I mean both the overly laboured plot and the skimpy costumes. The ladies in the chorus are a particular treat as they bump and grind their way through the proceedings. The men nearby seemed to be watching the show mostly with their mouths open.
Read more...

While many of the critics seem to think it has lost something in crossing the Atlantic , Saturday's performance of South Pacific at the Barbican was still an impressive night out at the theatre, and highlights what has been missing from London musicals for a while. Notwithstanding a little lack of chemistry in the leads (and a fully fleshed out characterisation of Nellie by Samantha Womack), South Pacific is an impressive show. The cast give an excellent performance with some very fine singing. There is even a little bit of rear nudity and flesh in this production which no doubt gives a modern updating (and a thrill for the older gentlemen in the audience of a certain persuasion). The work is a marvellous example of how seamless and integrated a story with music can be. While the songs could stand on their own (and most do), there is very little pointless exposition or labouring. The three hours you spend in the South Pacific will breeze by. If only all musicals were this cl
Read more...

Theatre: Crazy For You (or maybe slightly ambivalent)

Hopefully it will be a while before there is another revival of Crazy For You , which has its final week at Regents Park Open Air Theatre this week. The cast are terrific and so is the dancing. Sean Palmer and Clare Foster make terrific leads and keep things as fresh as they could be. But this is probably the kind of show that needs constant revisions and rewrites to stay fresh. While it is an update of the Gershwin musical Girl Crazy , twenty years on it too feels dated. The cheesy book linking to even cheesier lesser known Gershwin works quickly becomes tedious. The "open air" doesn't help the ambience either... Nor does the Roy Rogers inspired set. Perhaps another Gershwin show, Porgy and Bess might lend itself better to the open air environment... Although London summers are not quite the hot temperatures of South Carolina, there no doubt could be some effective rain sequences for the hurricane scenes... Until then, marvel at the cast, great costumes and som
Read more...
More posts