Showing posts from August, 2015
Show All

Pulling all the stops out: Gypsy 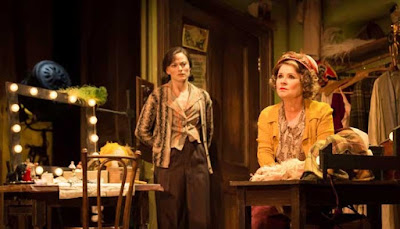 Gypsy has been running since April, and four months in Imelda Staunton’s performance as the mother of all stage mothers is still fascinating, exciting and exhausting to watch. It's amazing showcase in stamina, guts and determination, and that's just working with the material. Staunton previously managed to give new meaning and depth to the role of Mrs Lovett in Sweeney Todd. Here she gives a dramatic sense of determination and vulnerability to the role. And what lingers after the show is her exquisite vocals that give a velvety depth to the character. While there is an album from the show , after hearing her sing in this show I really want to hear her  sing jazz standards. Afterall she knows how to writhe every possible meaning out of a lyric.
Read more... 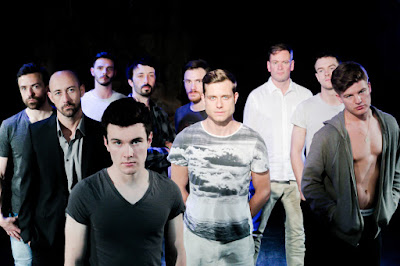 Brief encounters never seemed hotter in this latest revival of Joe DiPietro’s comedy-drama play, Fucking Men . In part due to the sexy cast and witty one liners but also because it is summer and pub theatres are hot at the best of times. The work had its premiere in 2009 at the Kings Head and went on to have a long run and transfer to the West End. It is presented here as part of the It is running as part of the King’s Head Gay Theatre Festival.
Read more... 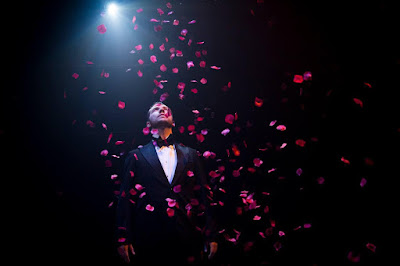 Nothing stays still seems to be the key message in this breathtaking new production of Grand Hotel at the Southwark Playhouse . It is constantly moving and the performances, music, singing and dancing combine in what is probably as close as is humanly possible to musical theatre perfection. The musical tells the story of a series of characters from a guided age that feel like they are from an alien world on one hand, but on the other you can’t help see some relevance to the current age of austerity, economic and political refugees and rage against the one per cent .
Read more... 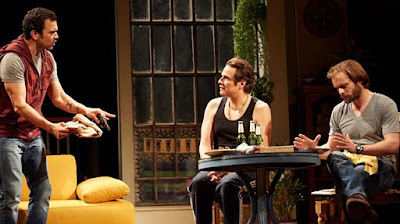 Addiction, sex, rehab and other filthy words make up this high energy play by Stephen Adly Guirgis which has been running since June at the National Theatre … The Motherfucker With The Hat has potentially been a drawback as a title since it prevents people from fully explaining the play and what it is about in so-called family or decent publications. But my blog is not one of those. Jackie, a small time (and not very good) dope dealer is just out of jail and he has got a job, he is sober and his life is looking up. He is about to catch up with his girlfriend for and afternoon of sex, when he notices a hat in the room. It’s a man’s hat and it is not his. He checks the hat. He smells the hat. He checks the unmade bed and then he smells the bed... For the next one hour forty-five minutes as his life unravels, there are a series of hilarious scenes and interplay between the characters on stage. And an awful lot of filthy words. It is a terrific cast although you get the sense it mus
Read more... 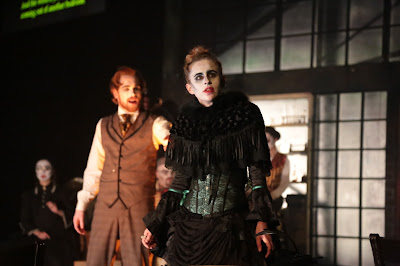 Jekyll and Hyde is a thoughtful gender reversal of this classic tale with some seriously atmospheric theatrical tricks up its sleeve.  The piece adapted by writer director Jonathan Holloway has already been to London (albeit in a shortened form) in an equally interesting and shocking production . Here things are fleshed out a little more and are infused with some pretty impressive production values for a fringe production, which is a co production with Hong Kong’s Chung Ying Theatre Company.
Read more...
More posts