Showing posts from November, 2014
Show All

Two star performances by Vittorio Grigolo and Bryn Terfel make this current production of L'elisir d'amore at the Royal Opera so exciting and damn funny. Grigolo bounces around the stage with such energy, enthusiasm and vocal power that makes this production a real treat. His Nemorino, the naive village boy besotted with farm owner Adina, really conveys the hope and longing (and the touch of silliness) that this piece requires. Adina, played by Lucy Crowe has a lovely vocal tone and can act too. Perhaps she seems to nice to ever be so cruel to reject Grigolo's boisterous advances. Bryn Terfel as the quack doctor Dulcamara who offers a love potion to Nemorino to help win Adina's heart has a great voice but perhaps not the first person to think of for this comic role. He seemed tentative on Tuesday in his opening moments. But by the second half he was deftly handling both the comedy and the music and looked like he was having a hell of time. Matching the en
Read more...

November 18, 2014
It is not due to open at the Aldwych Theatre until February 2015, but Beautiful – The Carole King Musical’ has now started to appear on posters underground. The musical tells the story of Carole King’s journey from Brooklyn girl to someone who wrote or co-wrote some of the most well-known songs of the last fifty or so years. Her music could fit several musicals but the show includes a range of her hits including ‘Will You Love Me Tomorrow’ and ‘I Feel the Earth Move’.
Read more... 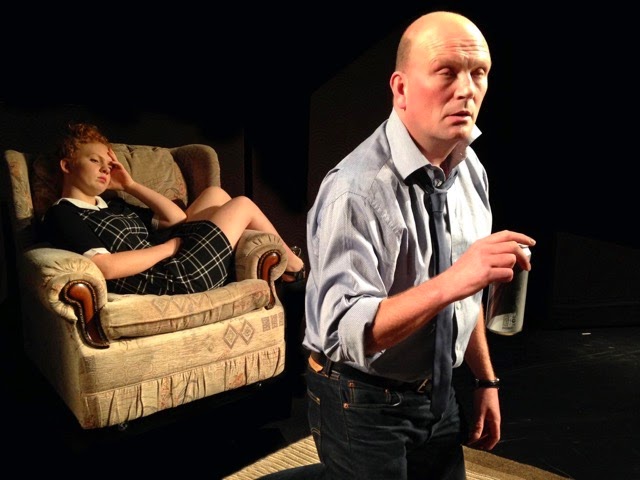 The subject matter may not be to everyone's tastes (although going by their popularity online maybe it would be), but Pipeline theatre's Streaming offers insight into the world of camming, online sex exchanges. But for a lurid subject matter the play turns out to be quite human in its observations about life that can turn in the right circumstances. While thoughtful and surreal at times, what makes the piece worthwhile are the excellent performances from the cast. They manage to create realistic and sympathetic characters. If only it was a little shorter as it would pack even more of a punch. It runs (for two hours plus interval) at the Pleasance Theatre until the end of the month.
Read more...

There is some fine music making in the current Royal Opera production of Idomeneo . It is such a pity that the production is sunk by Martin Kušej's heavy-handed interpretation of regime change. Perhaps in another production it would be a stylish addition, but a giant rubber shark representing a sea serpent from Neptune highlighted the worst excesses of this nonsensical production. Rubber sharks, concrete walls spattered with blood and overacting extras carrying guns and wearing cheap sunglasses all becomes a bit too distracting for this early opera. Crete has never looked more unrecognisable. Audiences were not impressed either with the creative team resoundingly booed on opening night .
Read more... 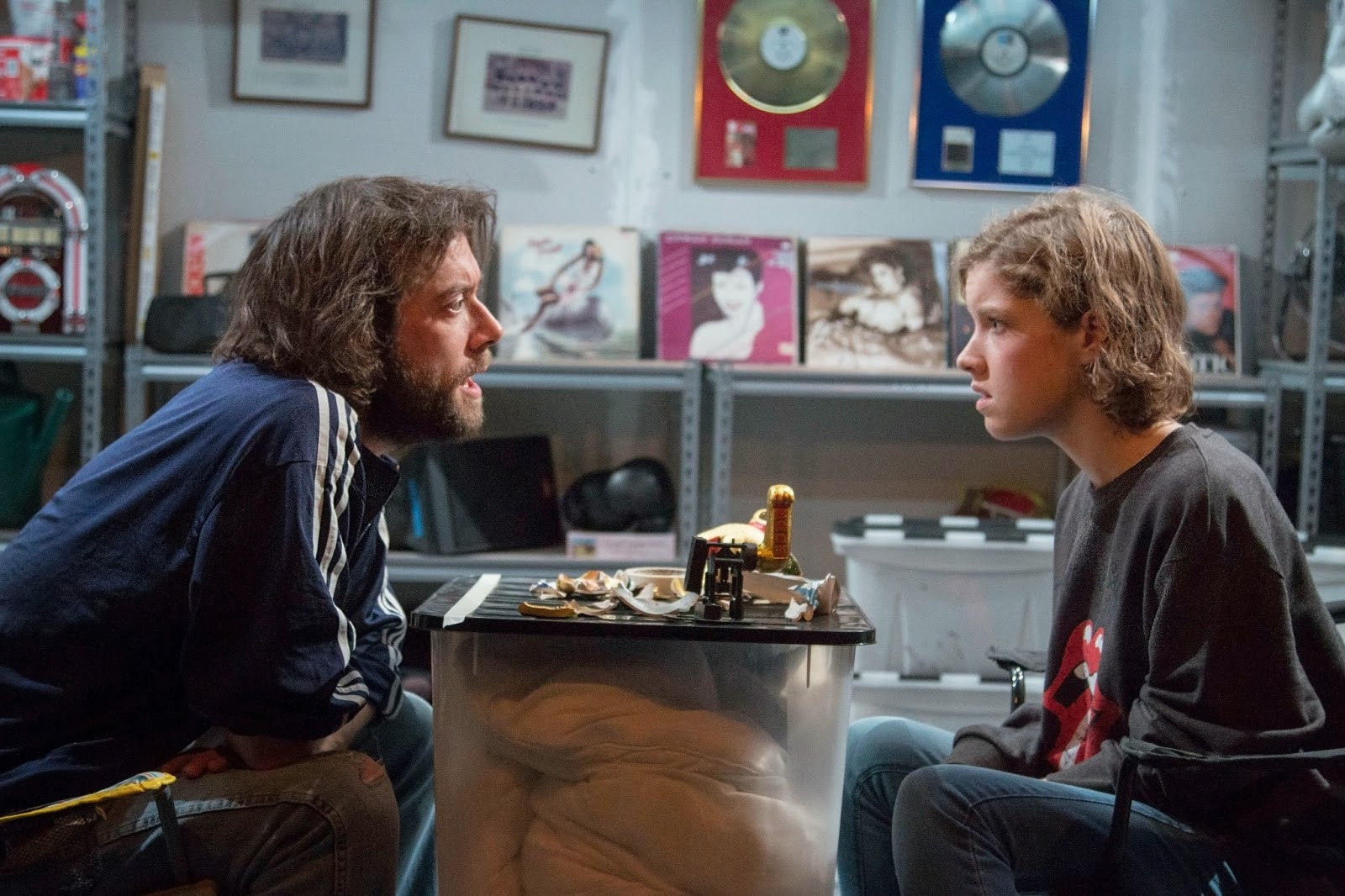 Taking the fallout of Operation Yewtree and turning it into a comedy drama seems like a challenging task, but Cans manages to inject some humanity into the subject matter, even if the results are a bit predictable (and a tad overlong). Stuart Slade's debut play is a two-hander set in the garage of Jen's family home with her uncle Len. Jen's dad was a  media personality, charity fundraiser and national treasure. But a year ago he was arrested for sexual offences against young men and women, and now he is dead. Len is trying to help her get over it and the two of them seek refuge in the garage of her home, drowning mice, sharing secrets and talking crap.
Read more... 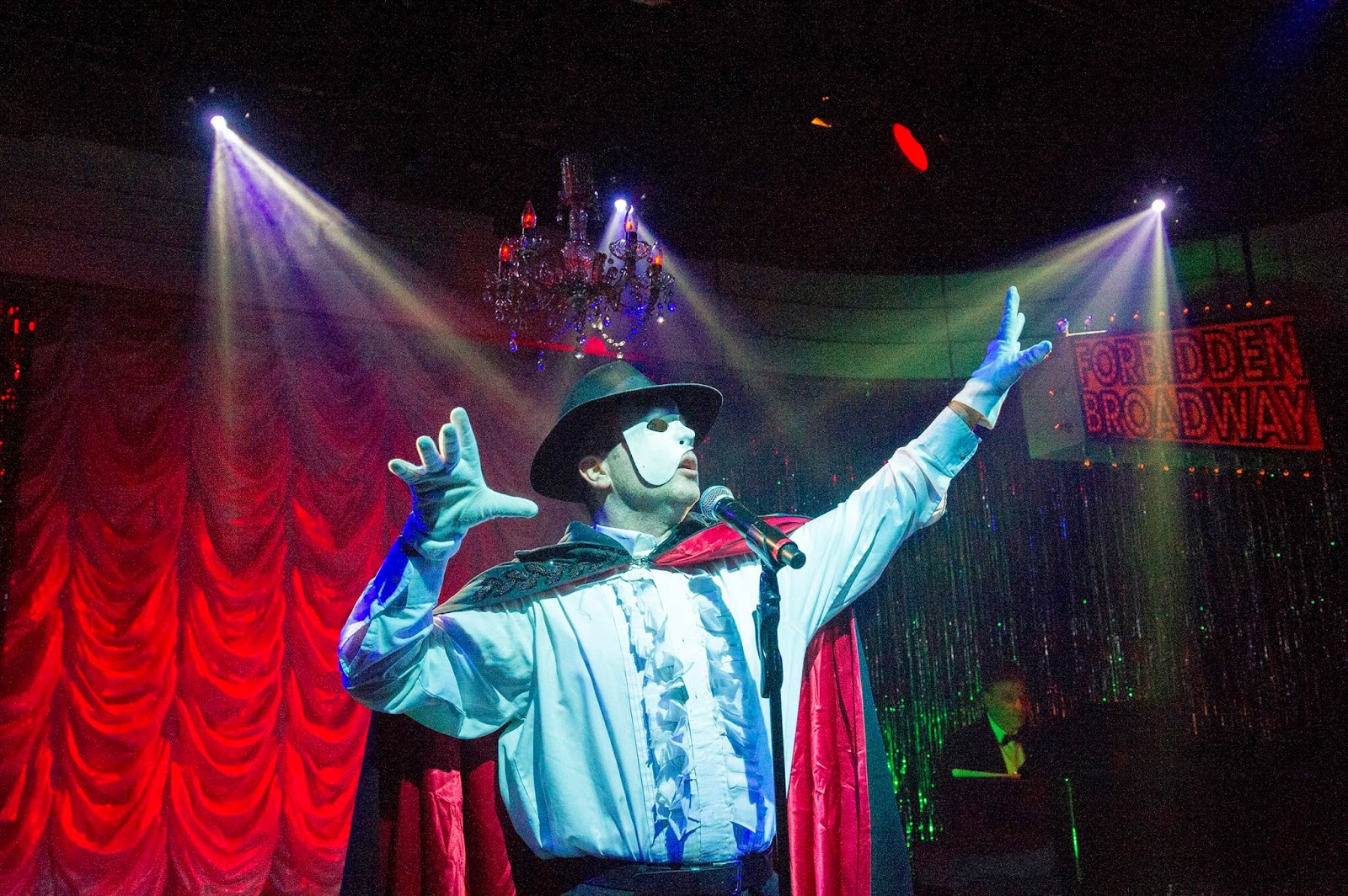 It has another month to run, but Forbidden Broadway is a bit of a guilty pleasure. Full of in-jokes and send ups of shows on the West End (and Broadway) it is a lot of fun, but also a chance to see four actors wow us with their singing and comic abilities. The silliness becomes infectious to the point that the spoof of Once becomes so hysterically funny even the cast have trouble keeping it together. Christinia Bianco is off this week, but Laura Tebbutt is an equally funny impersonator - particularly of Kristin Chenoweth and Idina Menzel. Let it blow (a parody of the enduring song Let it Go) is a particularly evening highlight.
Read more... 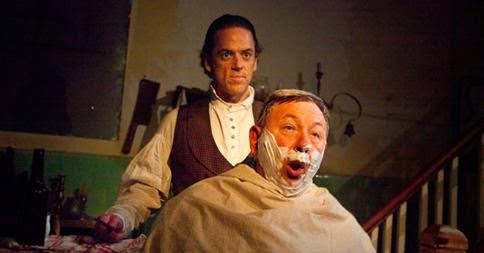 Tooting Arts Club's production of Sweeney Todd, staged in Harrington's Pie Shop Tooting, at least until they manage to squeeze in some extra dates. It might now be sold out, but it might be worth killing for a ticket to see The 32-seat confines of the pie shop give the piece an added dimension of claustrophobia and suspense, particularly as the cast act, sing, bleed and sweat at times inches away from your face. It is like the musical equivalent of fun fair ride. You may want to let out a yelp at times, but you are going to have a a hell of time.
Read more...
More posts