Showing posts from December, 2018
Show All 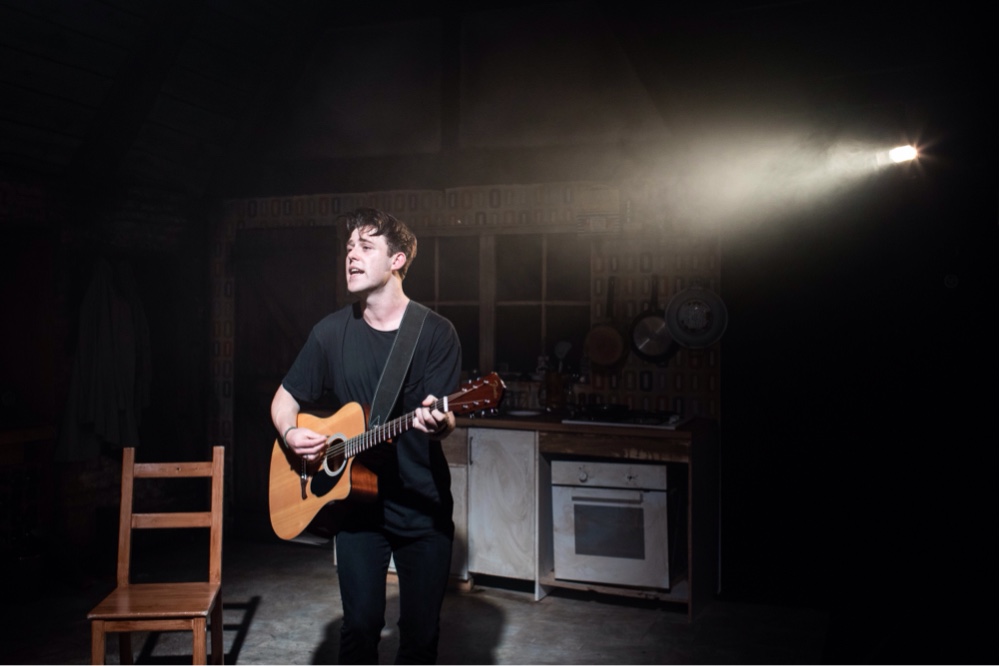 You’re never left doubting why Neil McCormick didn’t reach the mega stardom of his mate Bono from U2 in Chasing Bono. Bad luck and an endless search for that hit sound (rather than a unique one) seemed to mark his career. But in this contrived play you never really get the sense of his talent as a writer either. It’s current playing at Soho Theatre . The premise is that Neil (played by Niall McNamee) is kidnapped by a ganster Danny Machin (Denis Conway). Ganster Danny wants him to write some favourable stories, while being held on some remote Irish farm. While doing so he recounts in flashback his short life and how his quest for stardom led to failure. There’s not much insight into what makes a hit band here. Instead Neil comes across as a man obsessed by fame over anything else, including writing a decent song. Which makes it a bit difficult to care about the him or the story. And afterall if failure means you’re destined to become the chief music critic for a major national newspape
Read more...

Cinders and beer: Cinderella: A Wicked Mother of a Night Out #PubCinderella 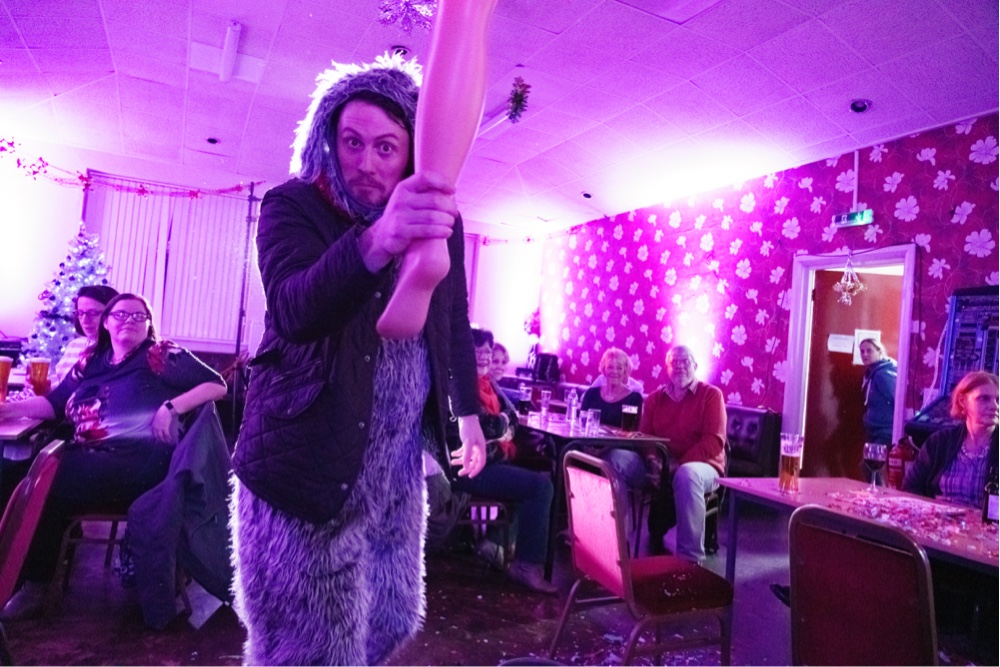 “Aren’t you worried you’re going to get picked on by the cast since you’re here on your own?” Asked a lady at the bar before catching Not Too Tame’s Cinderella : A Wicked Mother of a Night Out! No fear I thought... It’s all part of my quest to continue to seek out strange and unusual theatre. I wasn’t disappointed. This is a site specific production set in a pub near you for the Christmas holidays. It’s unique and worth checking out for people looking for something different to do this Christmas. Just like Hot Gay Time Machine at Trafalgar Studios, it’s best to go in a group. And don’t look too unique, fabulous or like a hipster as the cast are likely to single you out. Written by Luke Barnes, the show combines karaoke standards with some panto traditions and beer. The end result is a pretty funny and original interpretation of the Cinderella story. Cinderalla’s dad has died and she’s left working in his pub with her stepmother and two step sisters. A geezer called Prince comes by loo
Read more... 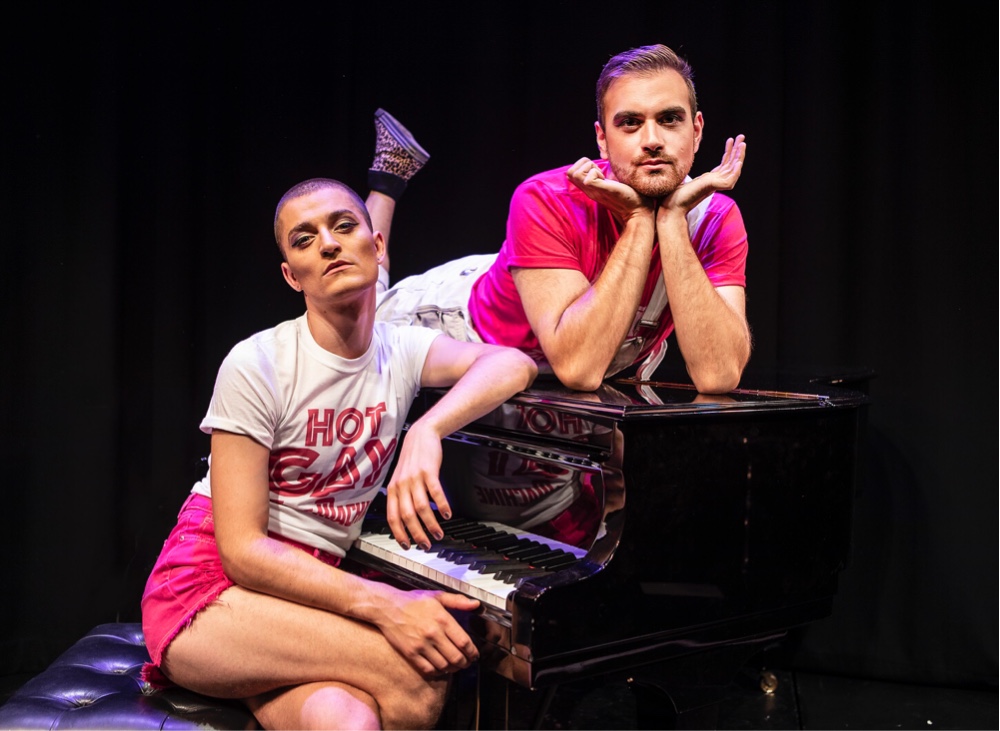 Watching Hot Gay Time Machine by yourself at first is a bit like being the designated driver at a party. You’re just not drunk enough to appreciate it. But this high energy, high camp, gay gore extravaganza grows on you. The piece was a hit at Edinburgh Fringe and now has a brief run on the West End in the downstairs space of Trafalgar Studios . Written and performed by Zak Ghazi-Torbati and Toby Marlow, the time machine part of the story are the pivotal gay moments of Zak and Toby’s young lives. Mostly this involves gay sex and brief encounters in changing rooms. But from the moment Zak and Toby burst into the theatre foyer introducing themselves, the scene is set for a party of shimmying and sashaying. The stories are set to music performed by Marlow on keyboard. His lyrics tend to be less innuendo and more in your face. But even if artistically suspect, the filthier he gets the audience only seems to appreciate it more. Marlow with Lucy Moss had the hit show Six, which was about th
Read more... 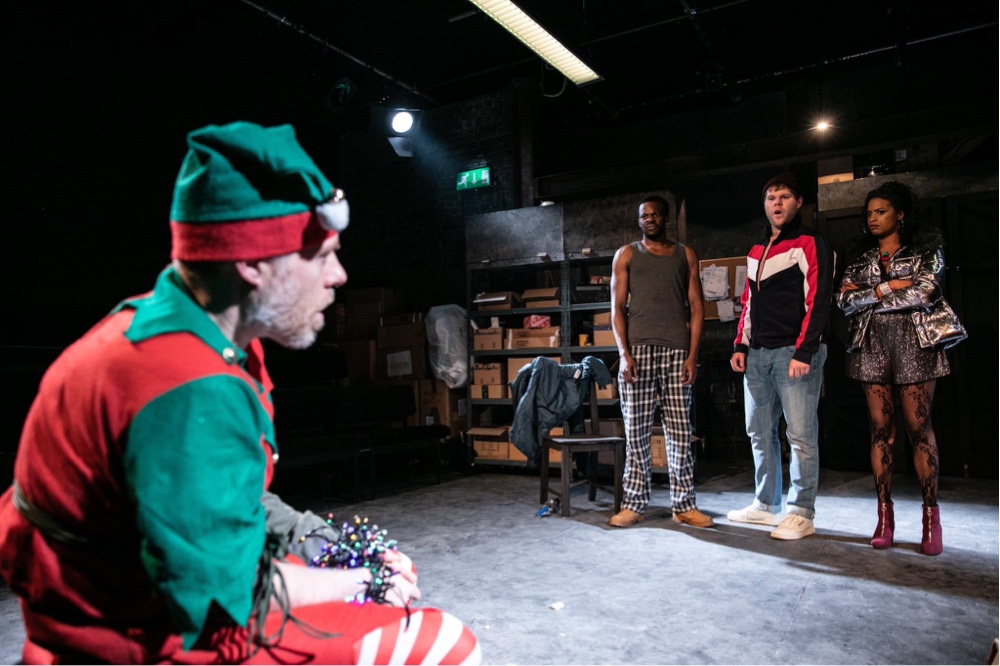 If you’re not into the Christmas spirit, you might be into Christmas dust. It’s the joyful powder the little elves put everywhere and it’s addictive. And distracts you from the shitty life you’re having right now... Anthony Neilson’s dark anti-festive comedy is having its first revival at the Southwark Playhouse . Nothing’s off limits in this tale set in some out of town warehouse on Christmas Eve. Gary (Douggie McMeekin) has called his mate Simon (Michael Salami) for help. He’s caught some little bloke dressed up as an Elf trying to break in (Dan Starkey). He’s tied him up with Christmas lights and not sure what to do. But as they debate calling the police, a prostitute by the name of Cherry (Unique Spencer) comes calling. She’s after some Powers Ranger figures for her son’s Christmas present. It’s payment for the blowjob she gave Gary earlier. And nobody is sure if the Elf is who he says he is, or just a junkie trying to get his next fix. That pretty much sets the tone in this short,
Read more... 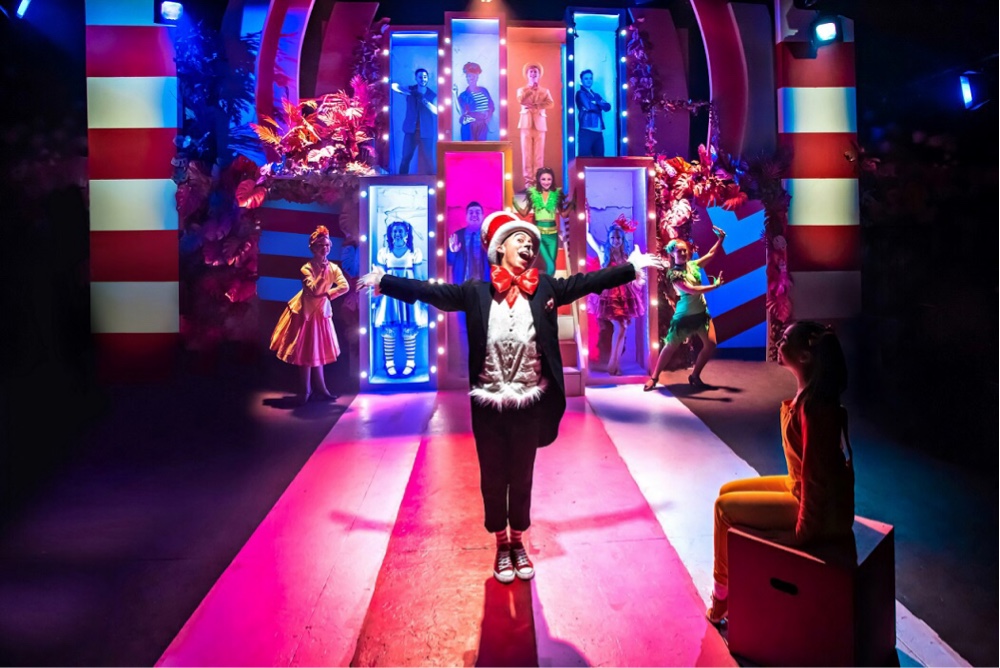 Seussical is a mash-up of Dr Seuss stories i nto a musical extravaganza that’s short in length and long on spectacle. It’s 75 minutes of flair, dazzle and fun songs. Perfect for little people, or people with little attention spans. It’s currently playing at the Southwark Playhouse . It’s a condensed version of the musical by Stephen Flaherty and Lynn Ahrens and based on the stories of Dr Seuss. Trimmed from it’s bloated original form, it allows the show with it’s catchy broadway songs to be fun without being too dull or sentimental. This version focuses on the stories Horton Hears a Who and Horton Sits on the Egg. Both of these stories focus on a well-meaning elephant who gets more than he bargained for by the other animals in the jungle. And there’s a girl who gets the “thinks” too much for her own good. The cat in the hat acts as the mischief-making ringmaster. Here he’s played by the mischievously entertaining Marc Pickering. With his deadpan expressions, he only has to look aroun
Read more... 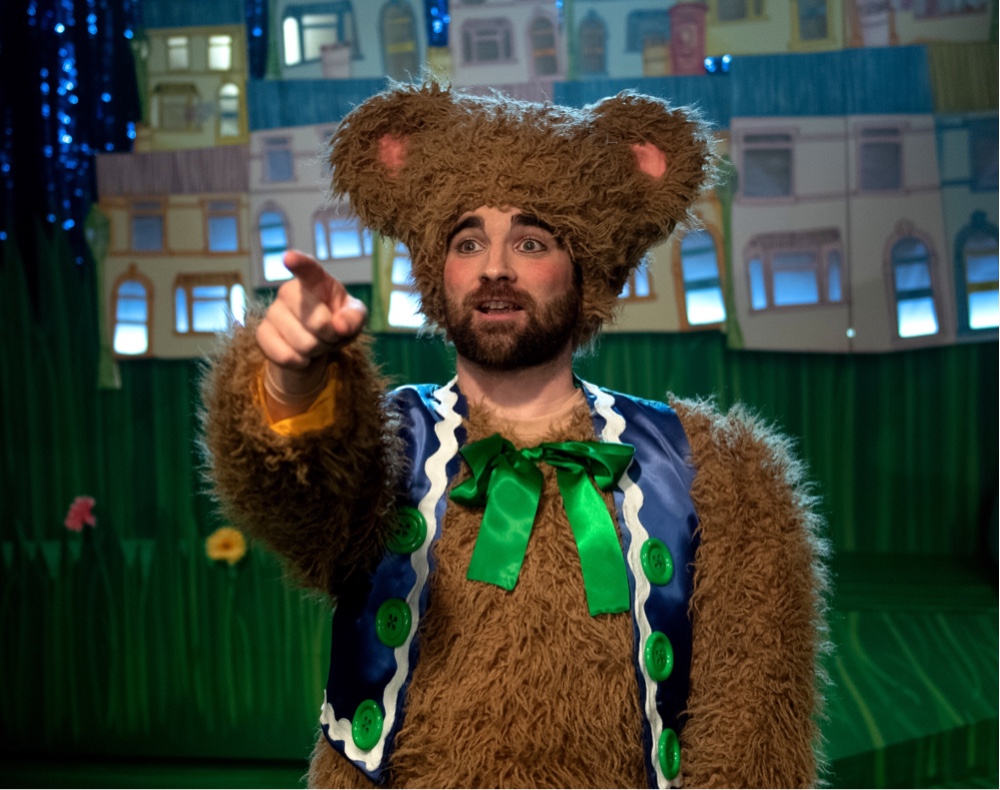 It’s hard not to like a show where the central character is a man in a giant bear suit. And with great performances, gorgeous costumes and high production values, Buttons is fun and entertaining. This is Charles Court Opera’s self-described “boutique panto” and it’s currently playing at the Kings Head Theatre . The show’s an eccentric yet panto-style reworking of the Cinderella story. Buttons centres around Cinderella’s teddy bear, Buttons. He’s is in love with Cinderella but as he’s a teddy bear it‘s all very platonic cuddly love. Until a fairy godfather visits Buttons and turns him into a man and things get interesting. And a little bit weird. Meanwhile and evil Prince Charming is persuing Cinderella. He’s been knocking off various fictional characters to say young and charming and sees Cinderella as his next victim. And Cinderella’s mother is trying to pull a policeman who is investigating the death of various fairy tale characters. Created by Charles Court Opera’s artistic direc
Read more...
More posts