Showing posts from December, 2013
Show All

Another handy guide has been created to find some of the major London theatres around London, what are the nearest tube stations and how to get from them. Combined with the on-street Legible London signs, there should be no excuse for missing the 7.30 start (unless of course the show starts earlier or you spent more time than you expected dining on the pre-theatre menu)...   Created by TicketTree.com , The Theatre Break Specialists.
Read more... 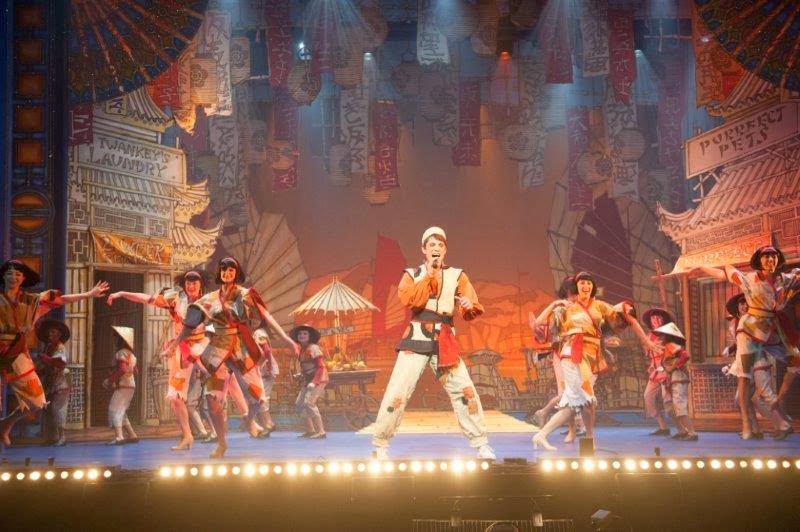 It is panto season again and the first pantomime, Aladdin at the New Wimbledon theatre was the same production I saw last year in Richmond . It still looks great with some incredible costumes and set pieces and makes for a great (if a tad overlong) family night out. I thought last year's production needed songs from this century and better jokes. Well this time around the songs this are more recent (such as Daft Punk's ear worm Get Lucky) and the street dance troupe Flawless , as the Peking Police Force adds some variety to the proceedings. With Matthew Kelly's very amusing turn as the pantomime dame Widow Twanky, comedian Jo Brand and some genuine west end stars with Oliver Thornton and David Bedella it is like a chocolate box of random assorted entertainment, there is bound to be something to please everyone.
Read more...

Art and other urges: The Shape of Things @arcolatheatre 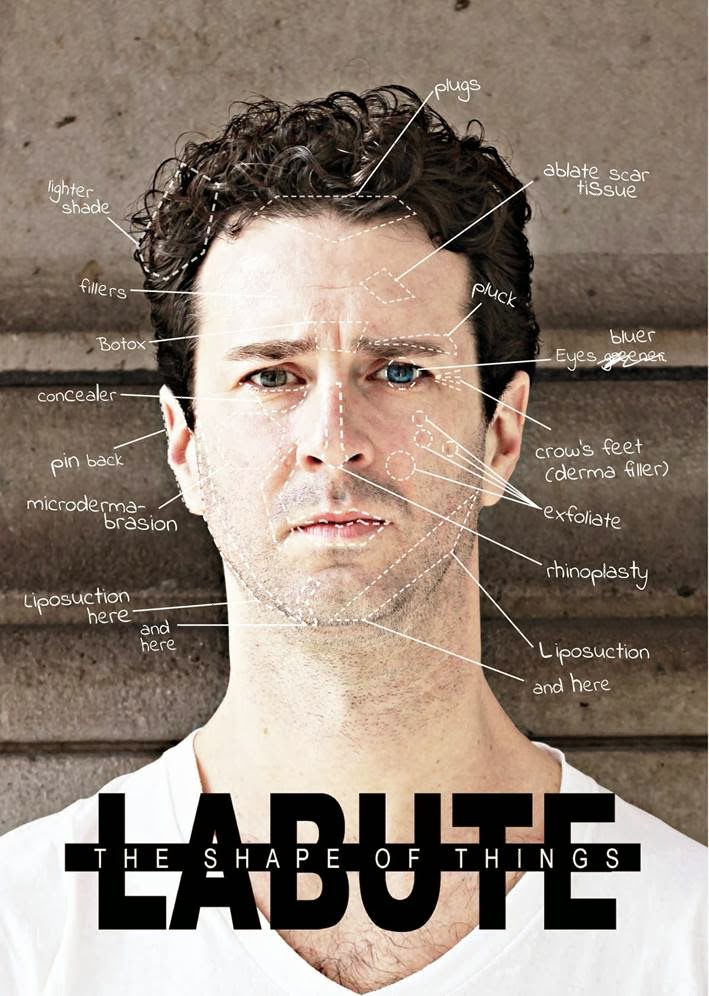 The Shape of Things , currently playing at the Arcola Theatre in Dalston is a smart and good looking production that captures the banality and earnestness of Neil Labute's high concept play of young love in a university town. Ten years on from its first presentation at the Almeida, it still is an interesting observation on people and relationships and art. Or perhaps. The lady seated next to me who was an art historian was not particularly impressed by the analysis of art. She found Labute was getting things wrong. But coming out of the the theatre, my partner commented, "That's just how people act in my hometown." The mind started to boggle about the games people in his hometown play, but he thankfully clarified he mean that people once they get into relationships change and cut people out of their lives. And this is what makes the piece fascinating. Its observations of the four characters and their interrelationships as they talk about love, sex and art. They
Read more... 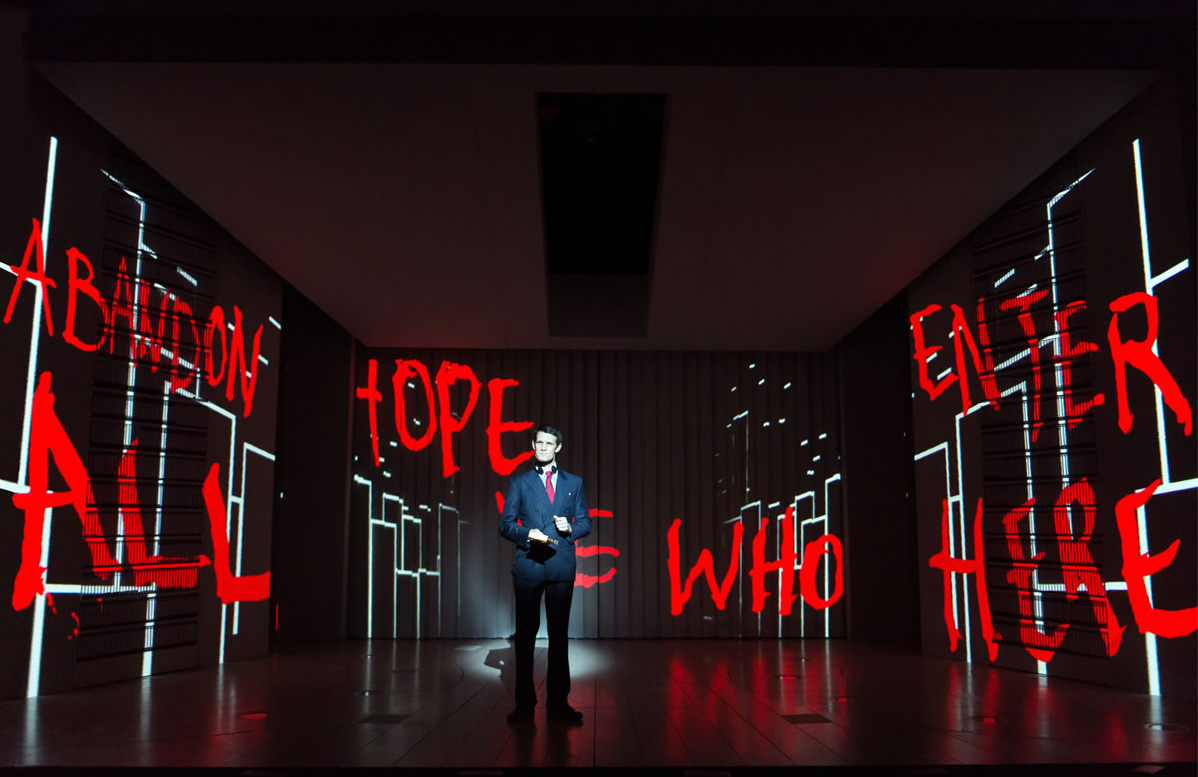 At the preview of American Psycho  at the Almeida Theatre I caught last week, the audio wasn't great, the cast seemed uneasy and props were knocked over. At one point a dancer blinded by the projections seemed to fall off the stage. But there was something about this slick,  thoughtful and funny production that suggests that these are mere early days for a show that has all the makings of becoming a great new musical. The first half is too long and it could do with some more gore, but you will walk away amazed by the spectacle, style, music and performances. American Psycho is based on the book by Brett Easton Ellis . Famous for its graphic violence and sexual content, it tells the story of Wall Street investment banker who details his life from drug-fuelled clubbing with colleagues, to obsessions over business card fonts and forays into mass murder. He is in a loveless relationship with a fellow yuppie and violent murders seem to be his release, whether they are real or imagin
Read more... 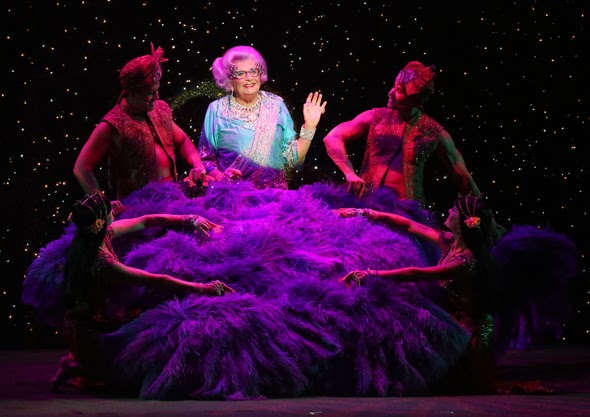 Billed as the Dame Edna farewell show, in Eat Pray Laugh , Barry Humphries is presenting to London audiences (potentially) the last time to see his iconic characters. Watching him perform live is to see an old comic master at work. Quick fire comments fly by and jokes (no matter how old or recycled from previous shows) still manage to seem funny. But at three hours it is an overlong show that will have you thankful retirement beckons for these characters... Even if you admire his stamina for persevering through this marathon of a show. The first character we are introduced to is Sir Les Patterson . Sir Les is meant to be offensive and he does this by having a large erection protrude through his shorts, constant spitting when he speaks and an endless stream of fart jokes. The spitting from speaking rains down on the first few rows of the audience (particularly at members of the audience in the front who don't find the act particularly funny). If you are in the spit rows, you are
Read more...

Syrian-born Sara Shamma's Q at the Royal College of Art is an opportunity to see her work of 10 individual paintings that put together make up a frieze of 16.5 metres that explores the subject of herd mentality and that popular British pastime of queuing. But it is not queuing for the trivial or inane (which is popular in London) but when queuing could be a matter of life or death. Shamma is attempting to capture the change in mentality and behaviour that people at war and under threat experience. Moving from one end of the frieze to the other, images pop out against the flat background using a variety of different techniques to great dramatic effect. Beauty gives way to weariness and death. The lines of people queuing evoke dehumanisation and desperation. Syria is constantly in the news but here the atrocities are second to the dehumanising impact of war. Shamma recently fled Damascus due to the conflict, leaving behind her home and studio and now lives and works in Lebano
Read more...
More posts