Damn Yankees at the Landor Theatre is one hell of a fun, sexy show. A great cast of dancers and singers give this show about a man who sells his soul to get on his beloved baseball team (and give them a chance of winning) new legs and balls.

It also helps to up the ante with the sexiness with some healthy doses of cleavage and legs (and that's just the men).

The musical is a retelling of the Faust story set in the 1950s when the New York Yankees dominated the game. 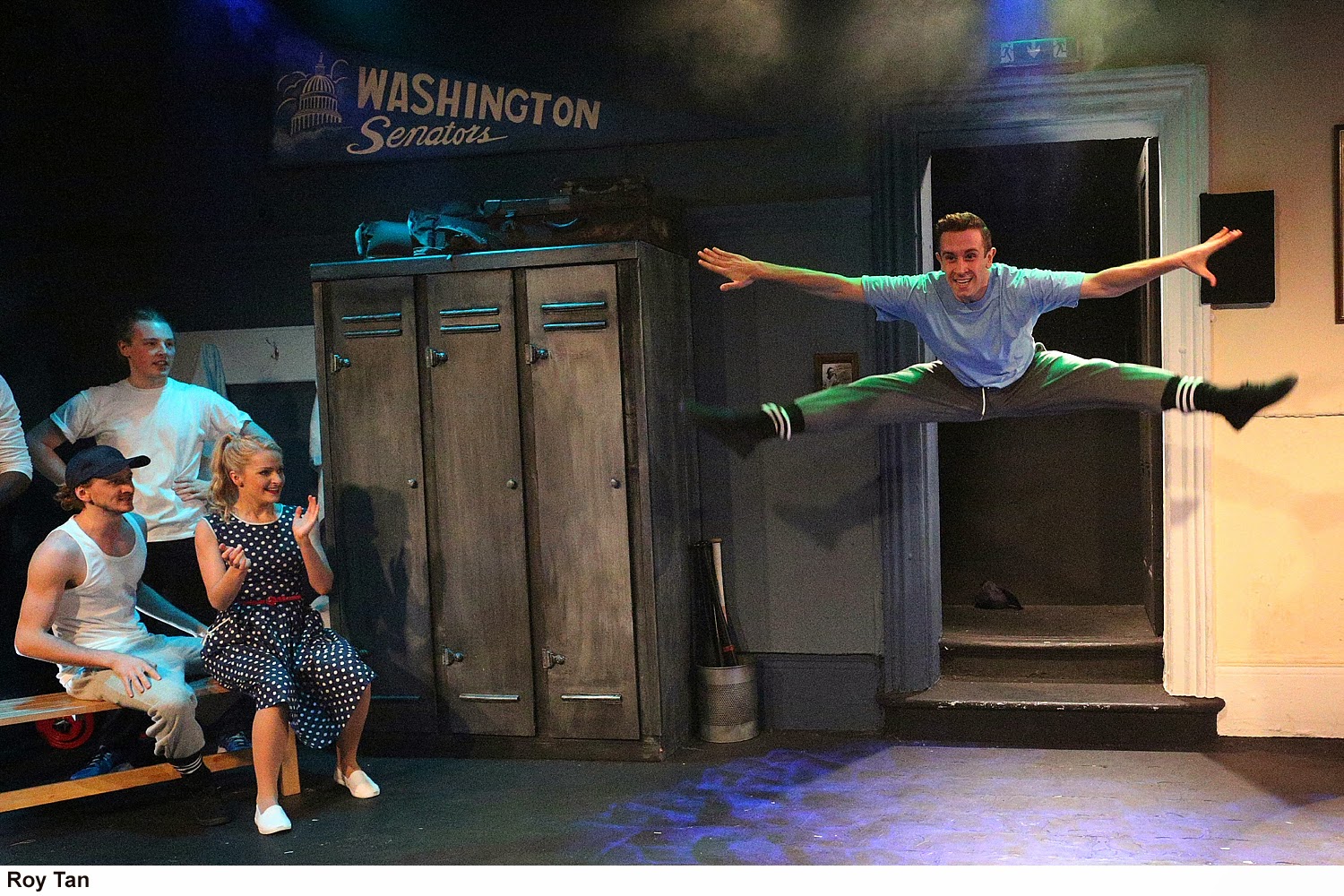 But you don't need to know the history of it much (or baseball for that matter) as the very economical (and catchy) music and lyrics Richard Adler and Jerry Ross pick up all these points.

The opening number Six Months Out of Every Year sets the scene about the sport, its national obsession with the men who watch it and their wives who suffer through the season being ignored so you feel fully up to speed on that.

The story opens with a middle aged real estate agent Joe (Gary Bland) watching his beloved baseball team the Washington Senators baseball team lose again. In exasperation he exclaims that he would sell his soul to be a long ball hitter that could beat the New York Yankees, and then the devil appears. He is a rather camp devil in a tight fitting suit (played over the top by Jonathan D Ellis), and he offers him the chance to become Joe Hardy for the team.

But as his Washington Senators team becomes more successful he yearns for his wife and the life he left back home, and the devil has to use all his tricks to try and keep him from returning back home.

The cast includes a range of recent insanely talented graduates from various arts schools, that we are sure to see more of in the future. And you see quite a lot of them here, particularly in their locker room rendition of the number Heart where only a small towel separates the cast from the audience's wild imagination.

Relatively newcomer Alex Lodge as Joe Hardy delivers an impressive performance as young man with an old soul who also can sing and dance. 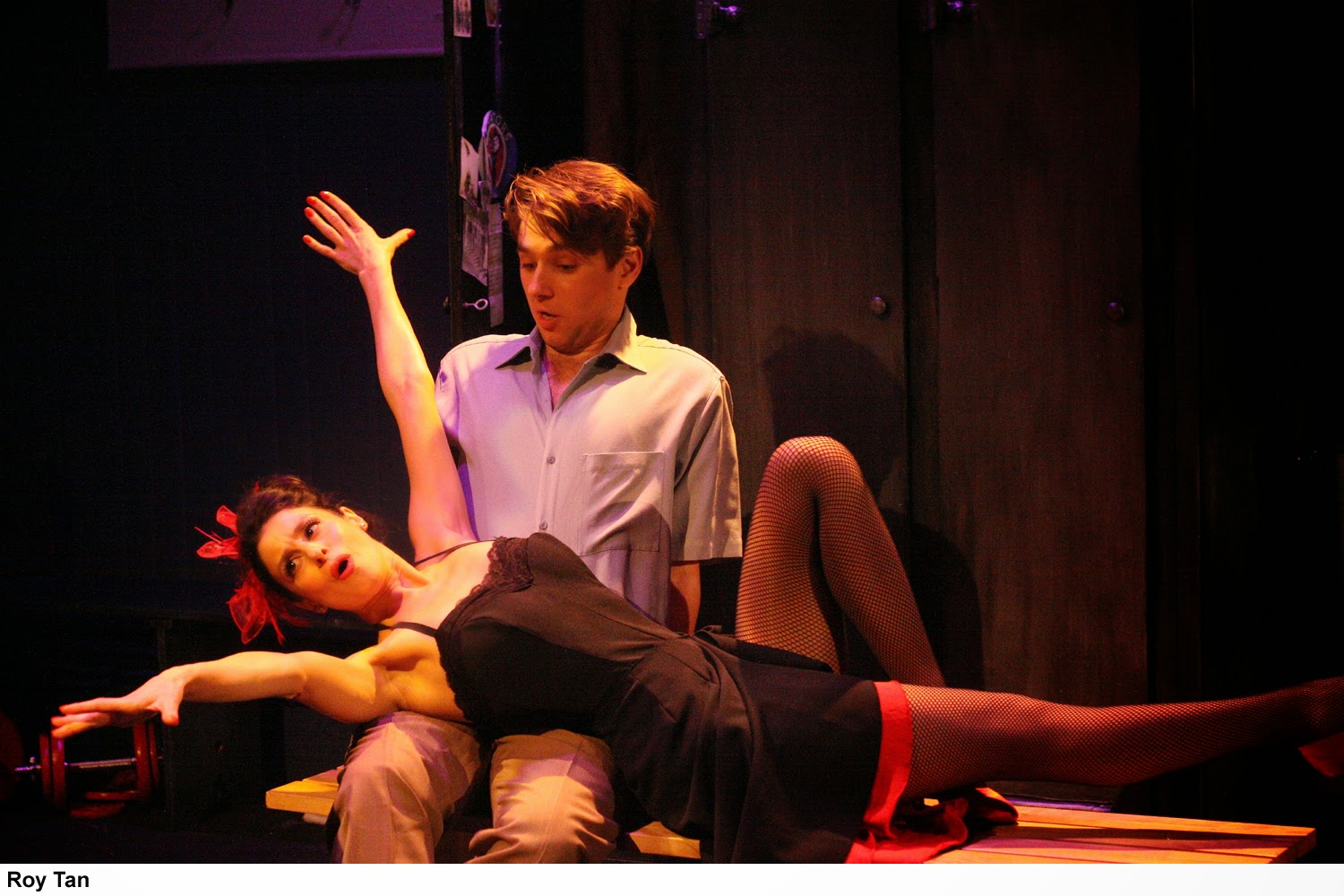 Poppy Tierney as Lola, who the devil uses to distract Joe from returning home,  deftly handles the variety of songs and high kicks called for the role. Nova Skip as Meg the suffering wife left back home also delivers some unexpected emotional high points in this show with her rendition of A Man Doesn't Know. 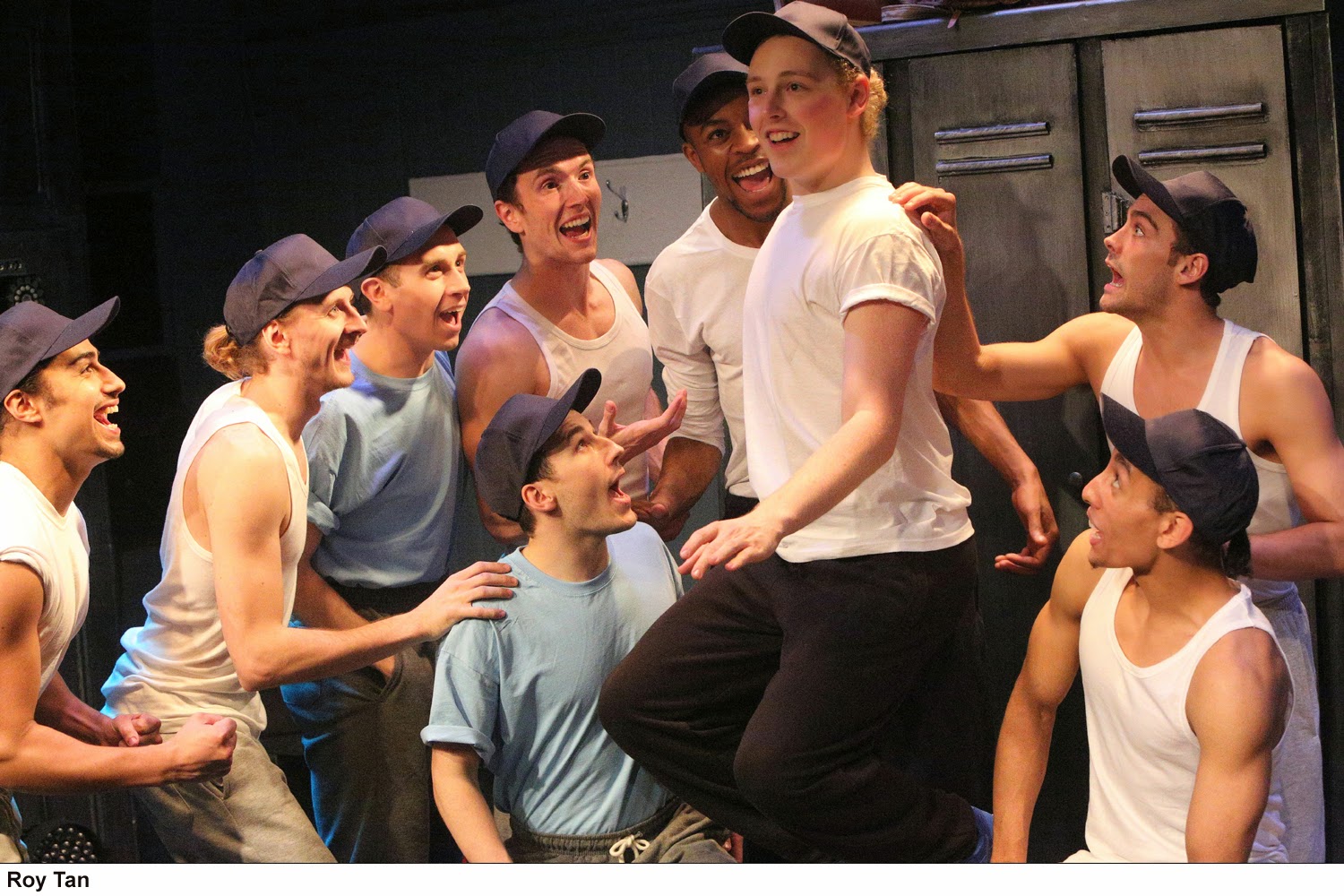 All told the musical is more about family and home than baseball, although I did wonder if the central message of the piece is that it is okay to play around for a season but in the end you have to go home. Regardless of that, you will be humming the tunes for days after. 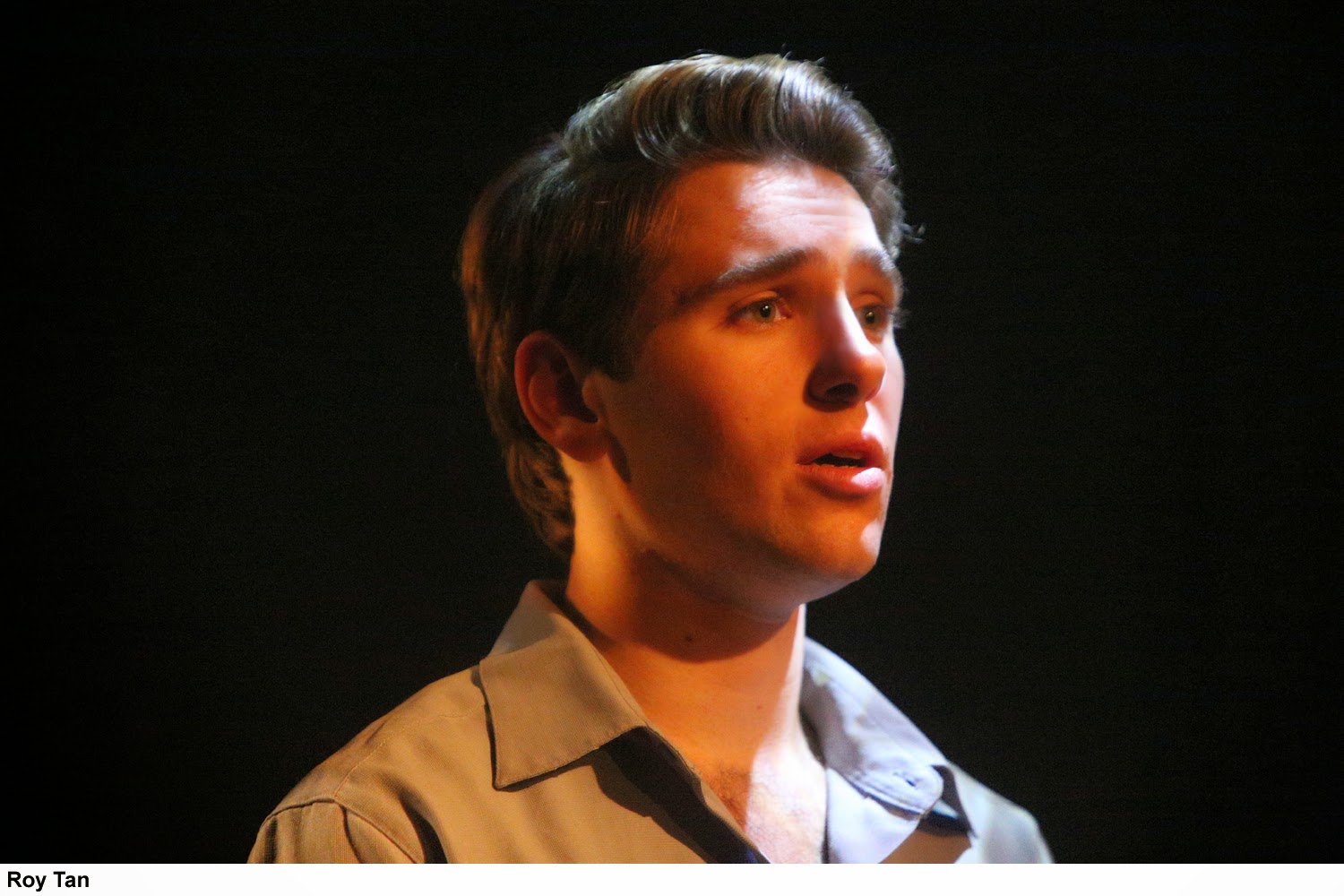 You may also leave the theatre wondering why there has not been a similar successful treatment of our national obsession - football. Maybe we just don't have an Adler and Ross to do it justice. Damn Yankees plays at the Landor Theatre until November 8. The production is also supporting the Motor Neurone Disease Association during the run. Tickets are available from the theatre's website. 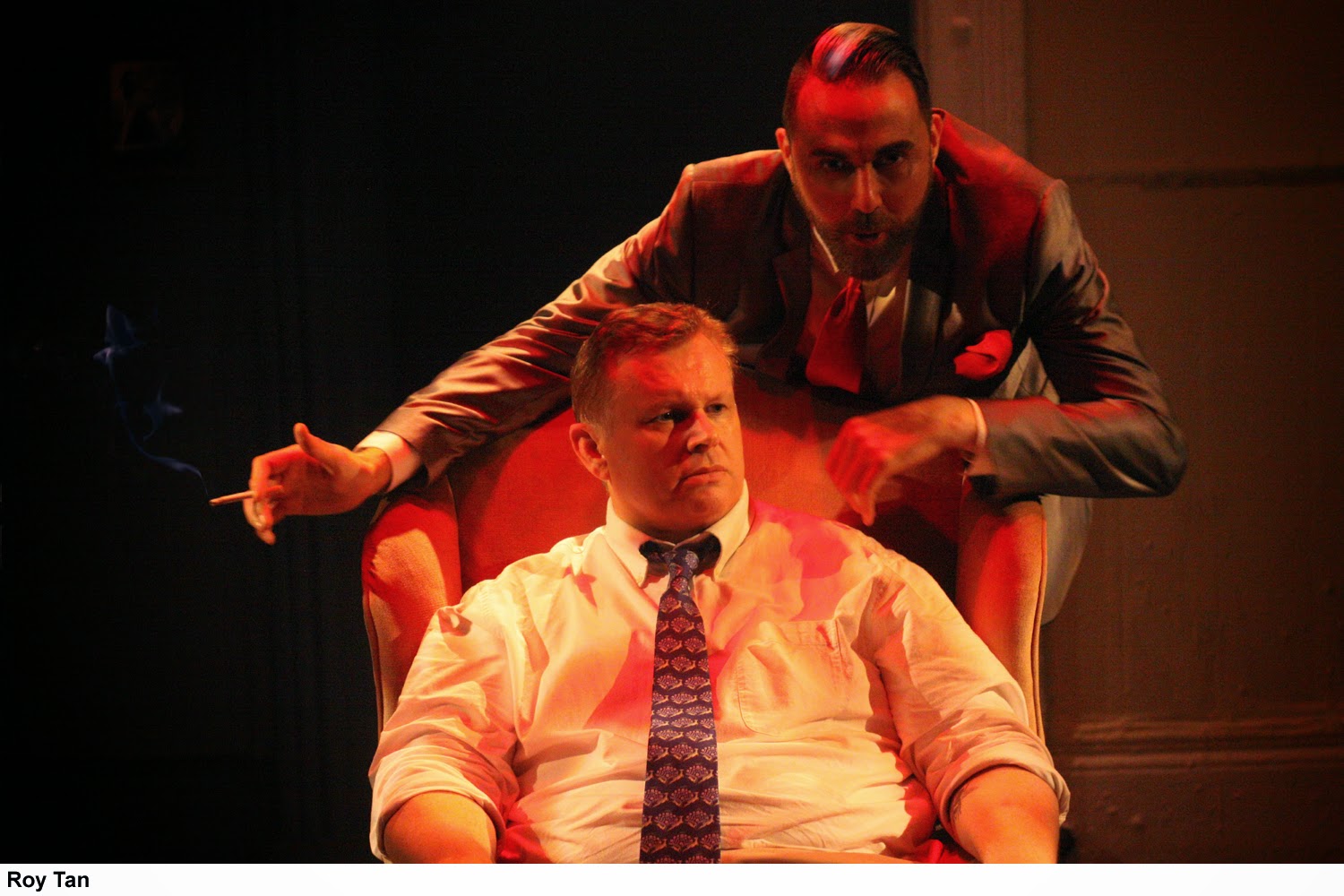