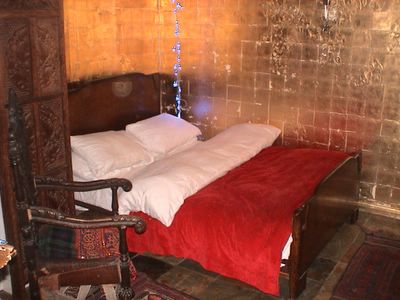 Scenes from a creepy London flat. One of the things that happens when you sign up to various websites offering flatshares is that people email you photos of hideous rooms like this one. It was in N4 and it looks like bathroom tiles covered in gold paint with Ikea blue lights and grandma's old bed (with perhaps her sheets too).

Incidentally as I was in Australia for two months some people have noted that I had flattened my vowells considerably. So much so that when I was talking about gayshare they thought I was saying geisha. I said to them not to worry, I was working on my novel Memoirs of a Gayshare.