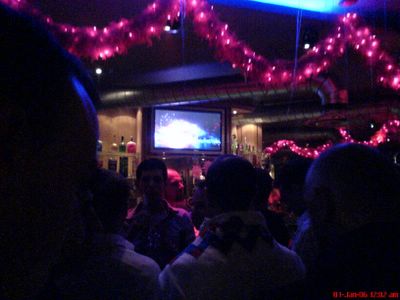 Scenes from Soho Sunday 12:02am - Just after midnight and the party gets in full swing.

New Year was a bit long for me as A and I got into Soho around 8pm. Four hours later I couldn't wait for 2006 to (finally) roll by.

After midnight as I started sobering up and the rest of the punters started going the opposite I noticed:
Being sober did have its pros and cons...