Sex, Drugs and Downton: Guilt and Shame Addicted to Everything @sohotheatre 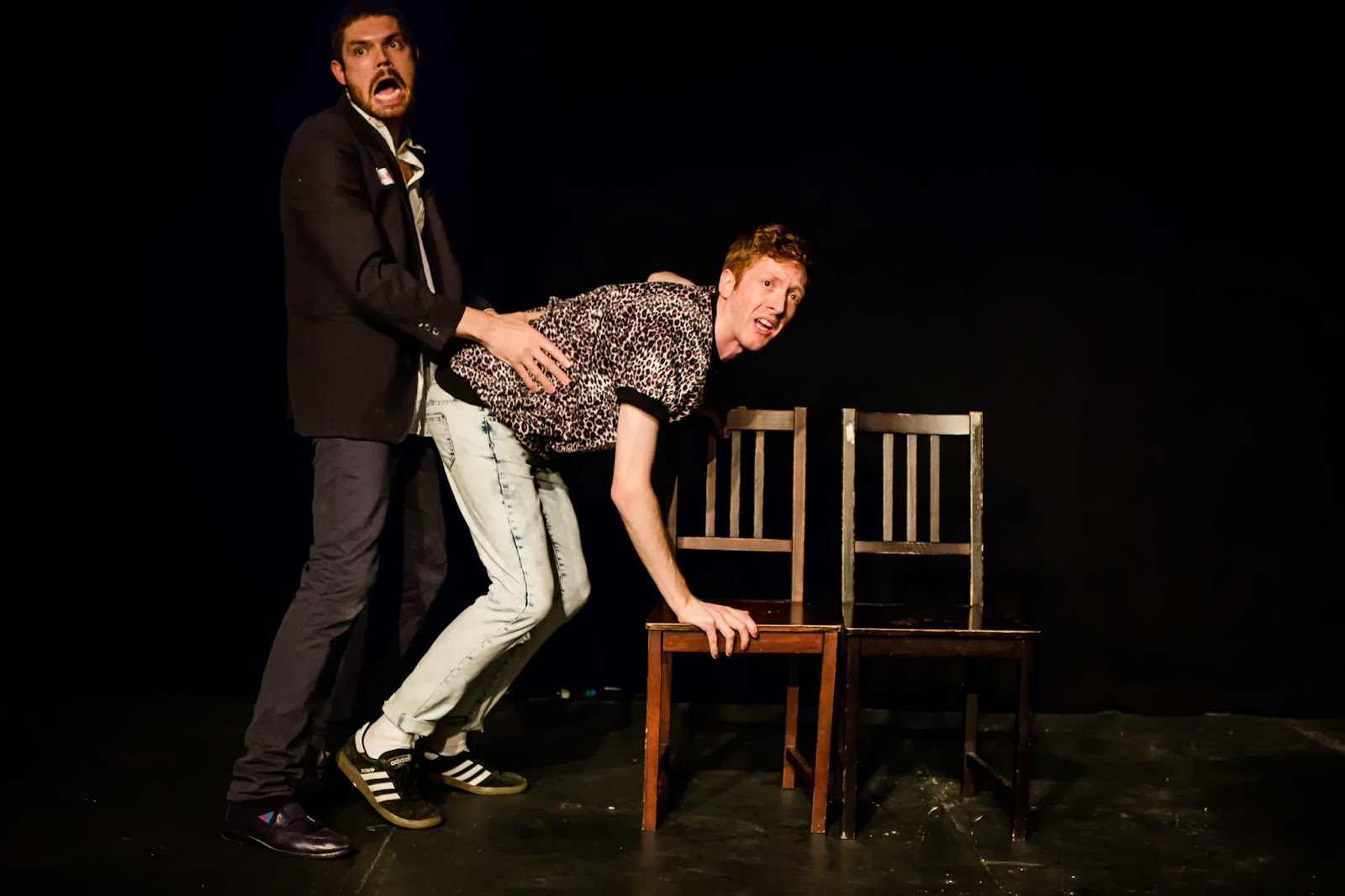 Arriving at the theatre everyone is instructed by Gabe to put on a name tag as everyone is about to take part (unwittingly or not) in an addicts anonymous group.

Then his best friend and eternal gay virgin Rob arrives dragging both themselves and the audience on filthy journey literally to hell and back. The journey includes acting out sex with a swan (pictured above), getting a member of the audience to confront his fear of penises in men's toilets and observations about gay men who have an unhealthy liking for Downton Abbey...

As G&S virgins, all I could do was just hold on for the ride and hope for the best...

The energy levels and the camaraderie between Gabriel Bisset-Smith and Robert Cawsey made the show something more than just a series of sketches and distinctive and funny enough to be a duo to keep an eye out for. And you probably will leave their show humming Scatman...

The run has finished for now but check their website for future dates... Or look up their work on Youtube...