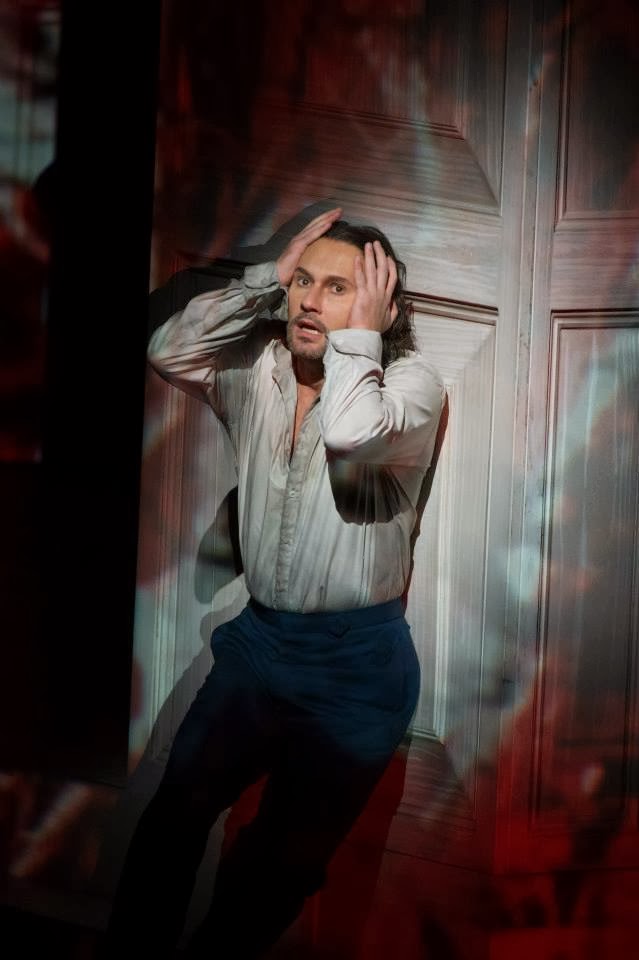 
Alex Esposito as Leporello delivers a musically comic performance as his servant and chronicler of his exploits, making a memorably sleazy rendition of "Madamina, il catalogo è questo". The comic timing between him and Kwiecień also give this production some of its lightness.

And the ladies were equally strong and appealing as well. Malin Byström as Donna Anna makes the music seem so easy and so rounded. Véronique Gens as Donna Elvira who takes pity on the Don in her aria "Mi tradi" was another vocal highlight of the evening (if you weren't distracted too much by the giant ravens... At one point I thought the action was being transplanted to Bodega Bay).

Much talk about the production will focus around the projections, which probably are the most extensively used for any production at the Royal Opera. As the overture commences, the names of Don Giovanni's conquests from Leporello's journal are projected over Es Devlin's set and multiply until they are unreadable eliciting laughs from the audience. 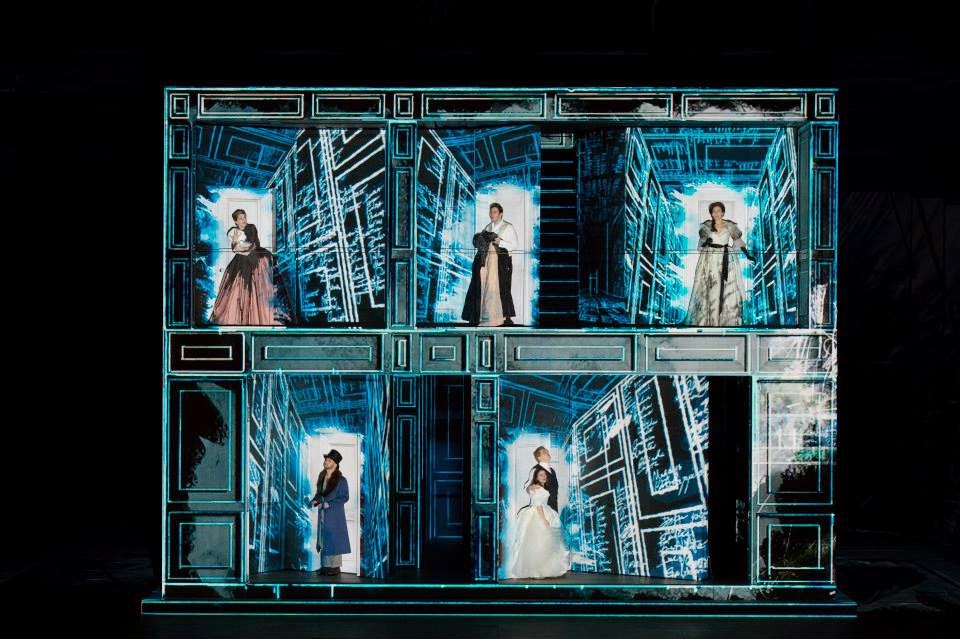 This is just a taste of the dazzling array of video projections by Luke Halls that dominate the proceedings and take on such a life of their own they could be confused for another performer.

It was not to everyone's taste and their were audible boos from the amphitheatre but for the most part this mix of old and new styles was incredibly effective.

Great music and singing and a stylish production, this run has sold out but day seats are available and there will be a live screening in cinemas later this month...