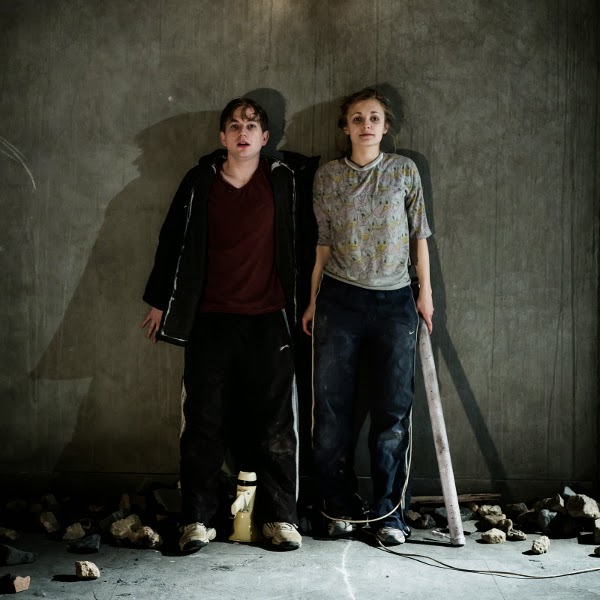 On the night I finally managed to catch Debris at the Southwark Playhouse, yet another cyclist death at Elephant and Castle had ground traffic in the area to a halt. The show's start was slightly delayed as people struggled to make the starting time. But the subject matter of loss and imagination seemed even more at the fore in this intriguing production.

The sudden death of their mother leads to brother and sister, Michael and Michelle, having to fend for themselves. They recount their stories and each becomes darker and more sinister.

An alcoholic father, an abusive carer, adopting a newborn they find in the garbage, you never quite know what is real or otherwise as they try to work out where they came from and find meaning in their life.


It's disturbingly well played by actors Harry McEntire and Leila Mimmack, who take you on a journey into a strange world for its sixty minute duration. It is a haunting and evocative piece that will have you thinking about the vulnerability of life.

The production is also very smart. You enter the space of the little not sure where to walk as there is an enormous pile of broken bricks and concrete in the centre. Designer Signe Beckmann has made the most of the abandoned warehouse that is now the temporary theatre space for the Southwark Theatre, which in fact makes the space look like an abandoned empty warehouse. Although you might want to sit further back if you are wearing dark fabrics and don't fancy being covered in builders dust during some of the more dramatic sequences of the piece.

The run concludes at the Southwark Playhouse tonight.