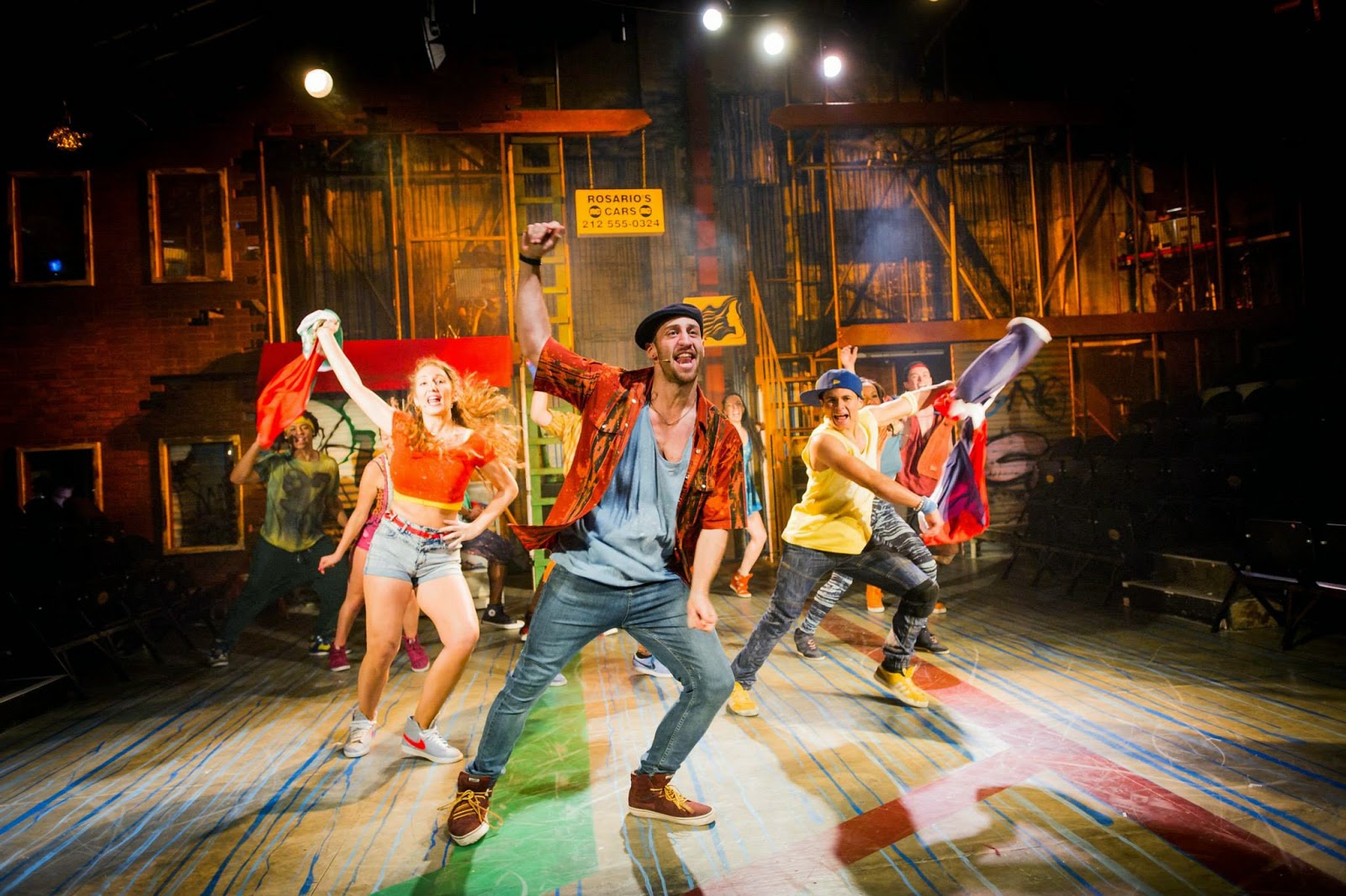 I'm not familiar with Washington Heights in New York, but after catching In the Heights at the Southwark Playhouse, you would be tempted to head off there. It seems like so much fun (even if there is the occasional riot).

This show hits you with a bang. It's over two hours of pure joy with an infectious score that blends hip hop, rap, salsa and musical styles that had the audience on the first preview screaming with applause, and that was after only the opening number.


Written by Lin-Manuel Miranda, the show won the Tony for best musical in 2008. It has taken its time to get to London, but is the best new musical to be presented in here in years. Essentially a melodrama, it focuses on three days during the summer in the Dominican-American neighbourhood of Washington Heights in New York and the issues facing the ensemble cast.

For a group of characters who immigrated and settled in this part of New York, change is happening around them. Rising rents and gentrification are forcing people to move away, while others question where they belong and where is home. A chance win in a lottery is an opportunity perhaps to realise a dream of retuning home to the Dominican Republic, while tensions reach boiling point over one of the hottest days of the year.

The genius of this show is not only the infectious music that flows from the simple plot but also in creating a series of wonderful characters. In the Southwark Playhouse this production puts the action literally at the audience's feet (particularly if you are sitting in the front row) under the direction of Luke Sheppard and choreographer Drew McOnie. The men throw themselves on the floor (and at your feet) and the women dance in perilously high heels that its breathtaking and exhausting just to watch. 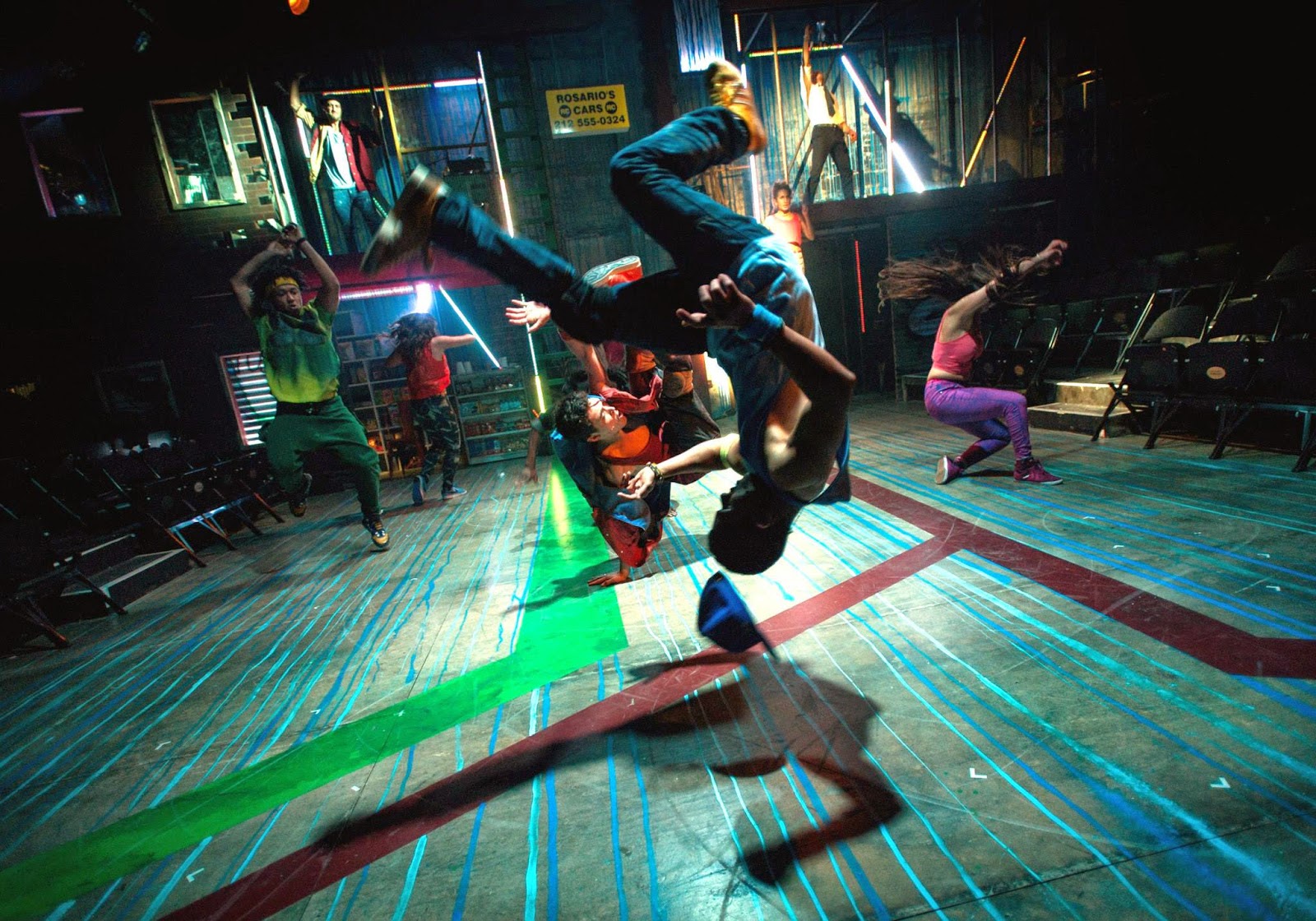 The first half of the piece rarely lets up and the numbers continue to top each other to an incredible inventive finale that has you really thinking there are fireworks going off over your head. The second half of the show which opens the night after a riot - allows a bit more reflection (and perhaps the audience and performers to catch their breath).

There are so many showstopping performances that it is difficult to single out any particular performance in what looks to be an incredibly demanding piece - both physically and vocally. Sam Mackay as Usnavi, the central character of the show who runs a convenience store where everyone gets their morning coffee, manages to shift from singing to rap and balance the comic and dramatic parts demanded of the role. Victoria Hamilton-Baritt is a riot as the over the top gossipy hairdresser who is closing her store and moving to the Bronx where the rent is cheaper.

Emma Kingston as Vanessa, Usnavi's love interest and Christina Modestou as Nina, who returns home from college having dropped out, have big vocals that cut through the wall of sound around them during their numbers. And in the second half just as things seem to be calming down, Josie Benson as Nina's mother delivers an explosive and emotional performance.

It is interesting that a show about a changing neighbourhood is presented at the Southwark Playhouse, which has its temporary home on the edge of one of the largest regeneration projects in London at Elephant and Castle and the theatre is playing its own part in transforming the neighbourhood, bringing in new people and changing perceptions of the area. Perhaps the message in the show is while places constantly evolve, don't loose sight of what makes the essence a community.

But it probably isn't worth contemplating all that too much when the music is so good and everyone is having such a good time. It is a shame that you have to sit down to watch this show as the music is so infectious and everyone on stage is having such a good time that it is hard to not want to get up and dance, even if you move like a drunk Chita Rivera.

This show concludes its run on 7 June. There are a handful of tickets available on a few select dates... If you're quick...