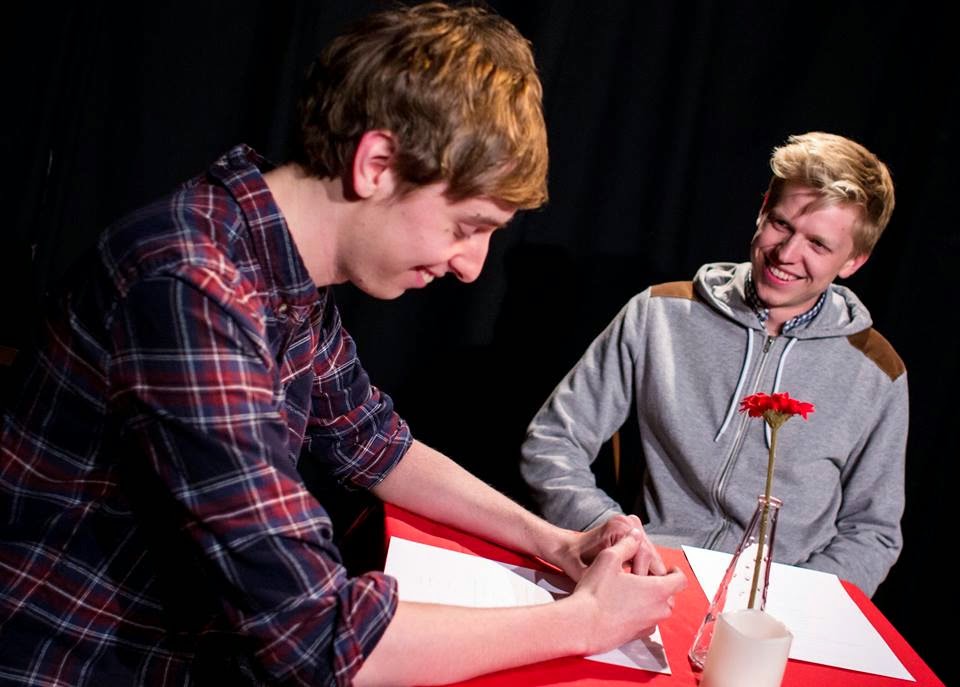 Positive, currently at Waterloo East Theatre, attempts to tell an honest and sweet story about an ordinary guy who just happens to be living with HIV.

It's funny and occasionally sweet, and somewhat reminiscent of other coming of age gay comedy dramas, except that along the way Benji, played by Timothy George, just happens to get diagnosed with HIV.

Following his diagnosis and spending a year staying indoors, avoiding people and listening to Britney Spears albums, Benji decides that he should start living life again. He goes out to a club and stays out all night which ends in a bit of a disaster when the young boy freaks out when he learns he is HIV positive. But with assistance from his perky housemate Nikki and her boyfriend, they arrange for him to go on a first date with Matt and appear to connect.


The date with Matt (played by Shaun Kitchener - who also wrote the piece) has some of the best and funniest lines in the show, but the piece is often quite witty and mostly intentional.

In the second half of the piece, while Benji has to find the right time to tell Matt about his HIV status, we learn that all is not quite as well as it seems with Nikki. And Benji's mother, growing tired of him not returning her calls, decides to pay a visit. This sets the scene for a range of views and provides an often refreshing take on what could be a serious and earnest subject.  HIV may not be the death sentence described in Harvey Fierstein's works that were recently presented, it still is life changing and not without its emotional and physical impact.

The piece is nicely acted by the cast, but the strength of the piece is in its refreshing and upbeat message about living life, even if you need Britney Spears to get through it.

And of course the script fires with hilarious lines, which are mostly intentional. The scene with a young boy shouting something along the lines of "I was going to put my perfectly healthy carrot in your hummus of death" was an analogy I wasn't ready for.

The piece has been a work in progress and inspired by true stories along the way. Positive was first performed as a rehearsed reading last March and was then redeveloped for the Edinburgh Fringe. The show has since been redeveloped into a two-act piece which has been reworked.

It currently runs a little under two hours including interval and I think the piece could still benefit from more revisions to bring it under 90 minutes. This might make for a tighter show and avoid any unintentional innuendo (even if it is quite funny, the intended jokes are better).

Worth a look, positive runs at the Waterloo East Theatre through to 1 June.