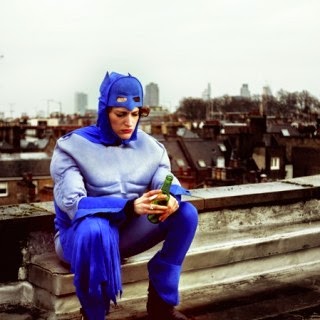 A hit at last year's Edinburgh Fringe, and a success at the Soho Theatre last September, this time around the production seems a bit slicker, and Waller-Bridge's performance has evolved to become a bit looser making the most of the comic and tragic potential of the material. It's in the main theatre this time however so it misses some of the intimacy from a smaller space. But it still delivers an emotional impact tackling subject matter that you don't normally see discussed amongst friends, let alone put up on stage.

Fleabag concludes today at 5pm at the Soho Theatre. If you missed it this time, hopefully it will be back again in the future. If Waller-Bridge isn't free, I would settle for a series of special guest Fleabags...