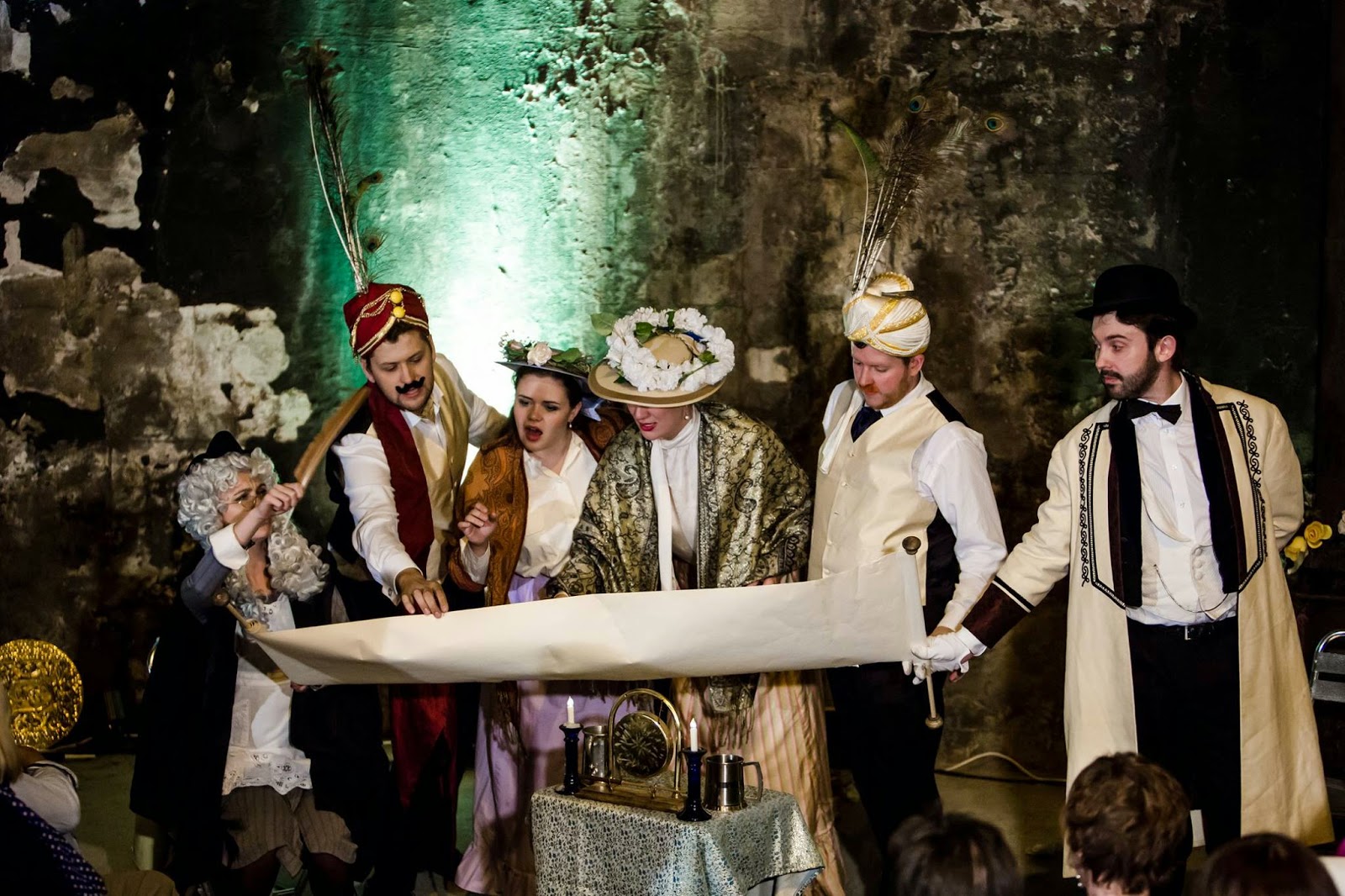 Popping up for one night in Vauxhall recently, Pop Up Opera's latest summer offering, Cosi Fan Tutte, proves that no space can be too challenging for the company's blend of wonderful singing and witty takes on opera masterpieces. This time Mozart's opera buffa has been updated to the Downton Abbey period where Edwardian frivolity and the Great War serve as a backdrop to the proceedings.

The opera centres around two sisters, Fiordiligi (Eve Daniell) and Dorabella (Chloe Hinton), and their fiancés Ferrando (Adam Torrance) and Guglielmo (Samuel Pantcheff). The fianc wager with Don Alfonso (Alex Learmonth), who is presented here as a Charles Carson-like butler, to test the girls’ fidelity by posing as strangers and attempting to seduce them. In an attempt to win the wager, Don Alfonso enlists the support of the maid Despina to fool the girls.
The performances were strong with Daniell and Hinton as the two sisters particularly impressive with their clarity of tone and phrasing, along with a great sense of comic timing. Penelope Manser as the maid Despina also manages a number of hilarious comic turns. Special mention also has to go to pianist Berrak Dyer for keeping the pace for the two hours of the piece.

For Thursday evening's pop-up performance, a packed house crammed into the Vauxhall Tea House Theatre, with its mis-matched chairs and odd decor. There were also the occasional thunderstorm that passed overhead. Notwithstanding these obvious challenges, its low ceilings and intimate environment helped create a wonderful acoustic.

The backdrop of the random assortment of old cups and bits from the cafe, helped transport the setting to the kitchen of an English estate, Downton Abbey style (although the gentleman next to me commented that large bottle of vinegar taking pride of place at the rear of the stage was slightly distracting).

Apart from the fine music-making, it is the little touches in this production that prevent it from being just another opera recital. The silly sur-titles, the funny looking costumes all make for a fun night's entertainment.

Pop Up Opera was formed by Clementine Lovell in 2011 as a touring opera company, and endeavours to make opera entertaining, without compromising quality. All operas are performed in their original language, but combined with a range of props, antics and audience interaction you feel like you are part of the show.

Pop-up Opera is touring the country throughout July to various strange and unusual venues and are worth catching if you get the chance.