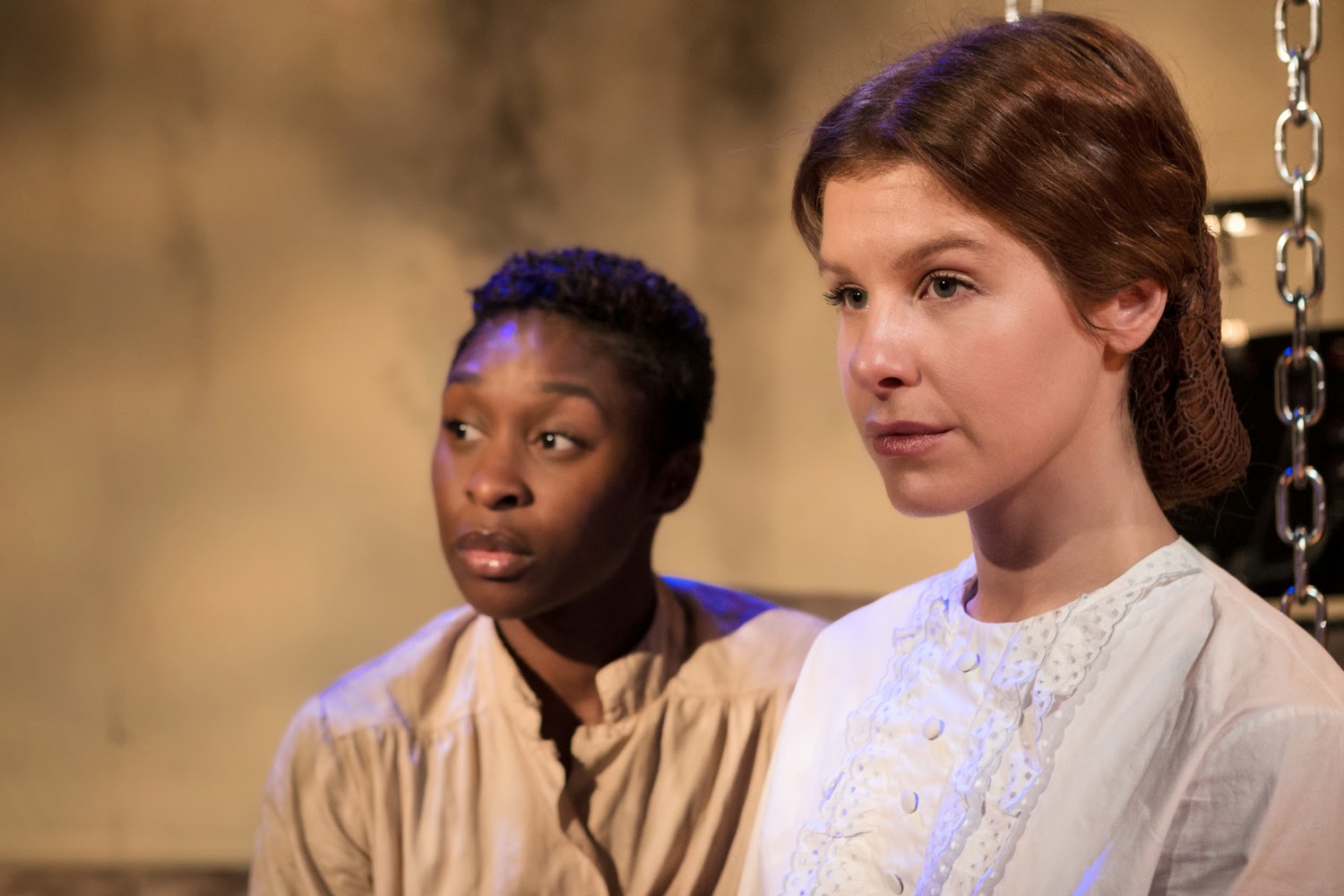 Dessa Rose is a musical that tells of the unlikely friendship that forms between a white woman and an escaped slave in the American South in 1846. Based on the book of the same name by Sherley Anne Williams, it feels at times to be an epic history lesson and melodrama, but the performances and the intimate space of Trafalgar Studios 2 make it a surprisingly enjoyable and emotional musical evening.

The story is based upon two separate events; a woman who took part in a slavery revolt and the story of a white woman who took in runaway slaves. When the piece is focused on these two stories, it is incredible. Particularly as the roles are played by Cynthia Erivo and Cassidy Janson. Both have big voices and convey a level of emotion and intensity that has you transfixed on them. 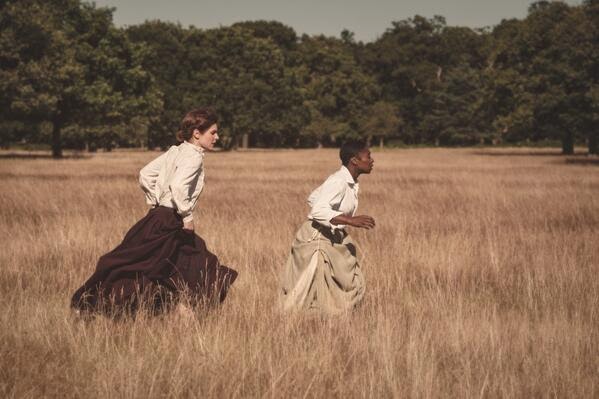 However there are also so many other subplots and superfluous characters you may not be quite sure about what musical you are watching at times, particularly in the first half. But the cast work as such a fine ensemble and make the most of the material you tend to overlook the large chunks of plot and history thrown at you at the expense of characterisation.

But even if the book is long and confusing, the music and lyrics fare better. Lynn Ahrens and Stephen Flaherty (of Ragtime fame), blend a variety of styles.  Gospel, African beats, call and response, and hints of ragtime are all present and are used often for great effect, particularly as the piece gets moving in the second half.

The production is fairly simple yet effective. In the small space of the second theatre in Trafalgar Studios you don't need much. And here the drama was taking place literally at my feet (although I was seated in the front row).

The musicians were placed throughout the theatre and this was surprisingly effective, although perhaps placing the musical director out of centre stage might have been less distracting (even if it was necessary for everyone to keep in time).

While upstairs at Trafalgar Studios, people queue for returns to see Richard III, if you can't get in to that, Dessa Rose downstairs will provide some unexpected surprises with its strong performances and refreshing female perspective on the pre Civil War American South.