Christina Bianco has concluded a short run at the Hippodrome Casino. An expert at mimicking any female singer she is now off to the West End transfer of Forbidden Broadway, but the highlight of her show was when she got a chance to just sing and be herself, or use the material from Forbidden Broadway (which was funnier).

Bianco has become a bit on Youtube with her singing songs in the style of other performers. She has a great set of pipes too.

She just needs a show that she can make her own. Here's hoping that comes soon for her. In the meantime future cabaret performances would feel more substantial with more jazz and less mimicry.


The casino itself seems to attract a pretty vile audience. On the Saturday evening performance it seemed as if security had to escort two people out of the venue before the show finished, and some people seemed to prefer viewing the show through their camera phones as depicted below. There must be worse places to work but I can't think of what they are. 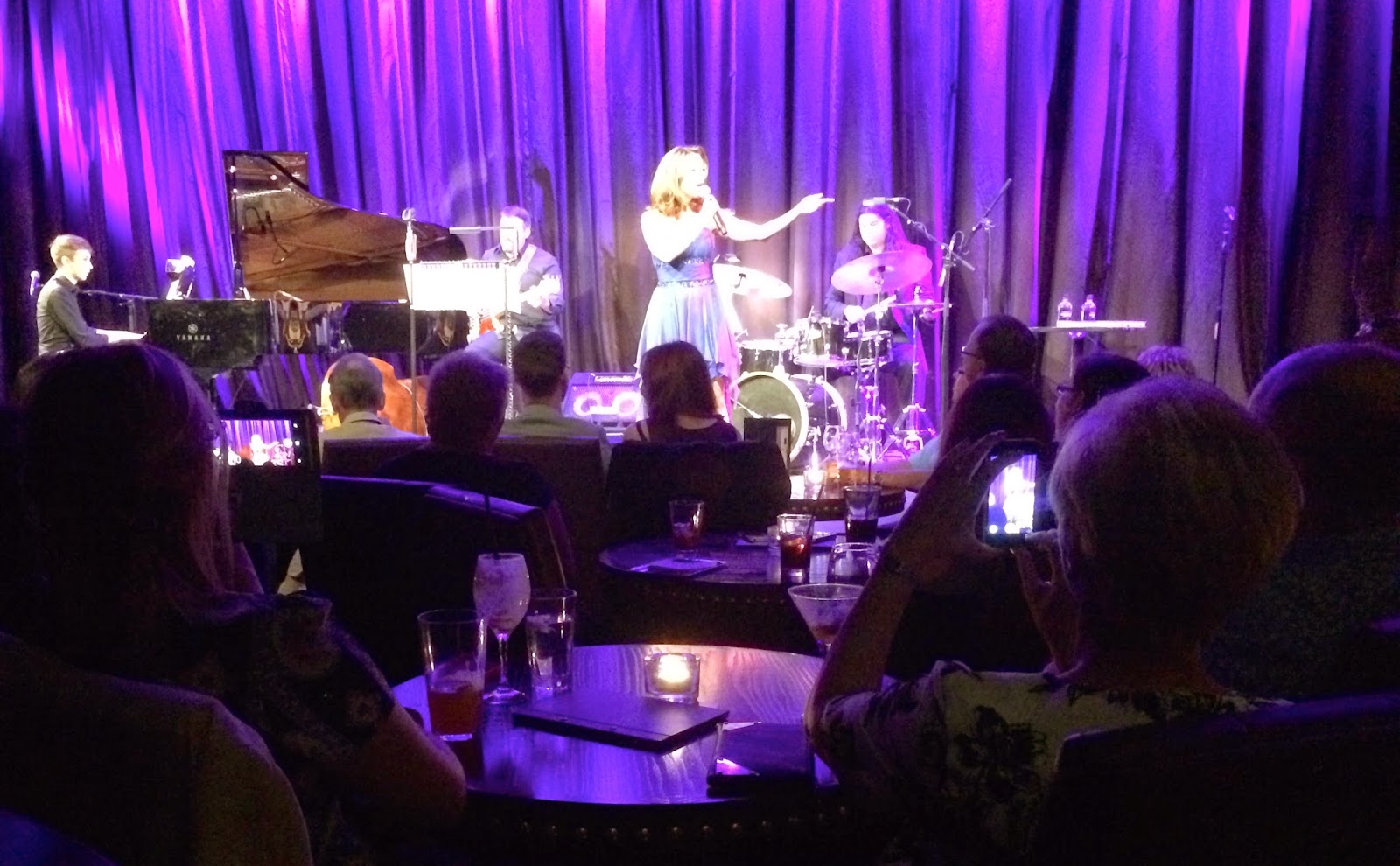