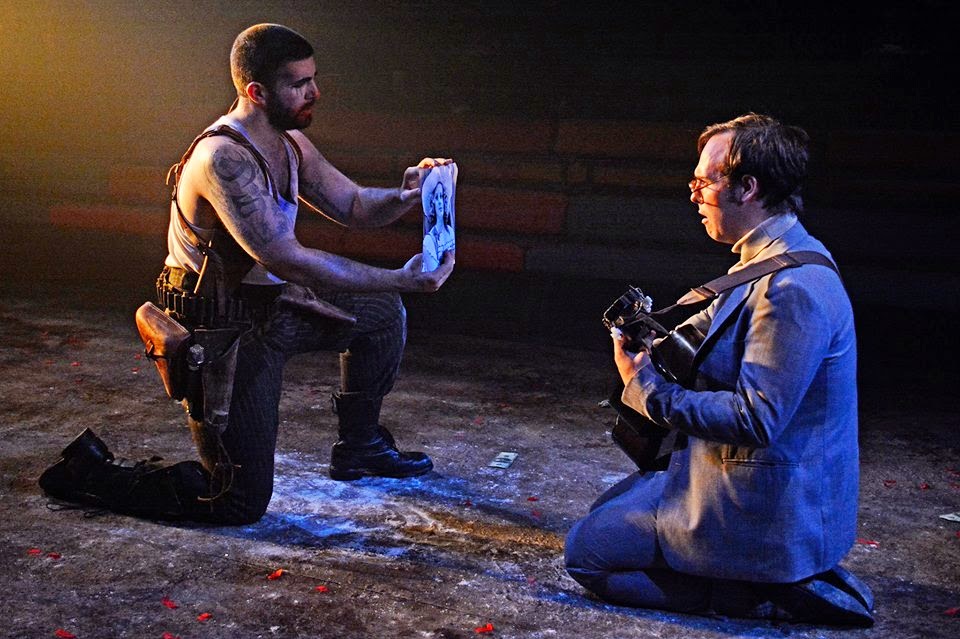 Finally caught Assassins at the Menier Chocolate Factory. This dark and grim piece of musical theatre is re imagined as a funfair where the cast of would-be and actual assassins of US Presidents tell their stories like a bunch of grim clowns. But it comes across heavy handed and lacking much irony.

Staging a musical with this subject matter is always going to be a challenge, but both the material and the production don't really dig too much into the obsessive gun culture that is part of the country's DNA. Compared to The Scottsboro Boys, another musical based on an unpleasant subject, there is none of the bitterness or outrage presented ironically as a song and dance musical.


It is a gloomy theme park ride, with the best laugh coming at the beginning when the character the proprietor pops out of a giant clowns mouth. At this point the lady sitting next to me to let out an almighty yelp, which in turn led me to yelp a little...

Perhaps it was an off night following the cancellation of Thursday's show due to cast illness. The sound at times seemed murky and some of the cast were struggling with the notes and timing. And  when it's a Sondheim musical, it is probably never a good idea to have the performers seem so distant from the band and its musical director.

There has also been a cast change with Michael Xavier and Anna Francolini taking over from Aaron Tveit and Catherine Tate respectively. Both are strong replacements and highlights in the show.

The run has now sold out but there may be a transfer in the future. A history lesson for those who like their musicals dark, relentless and a bit obvious.