On target: Shrapnel 34 Fragments of a Massacre @arcolatheatre 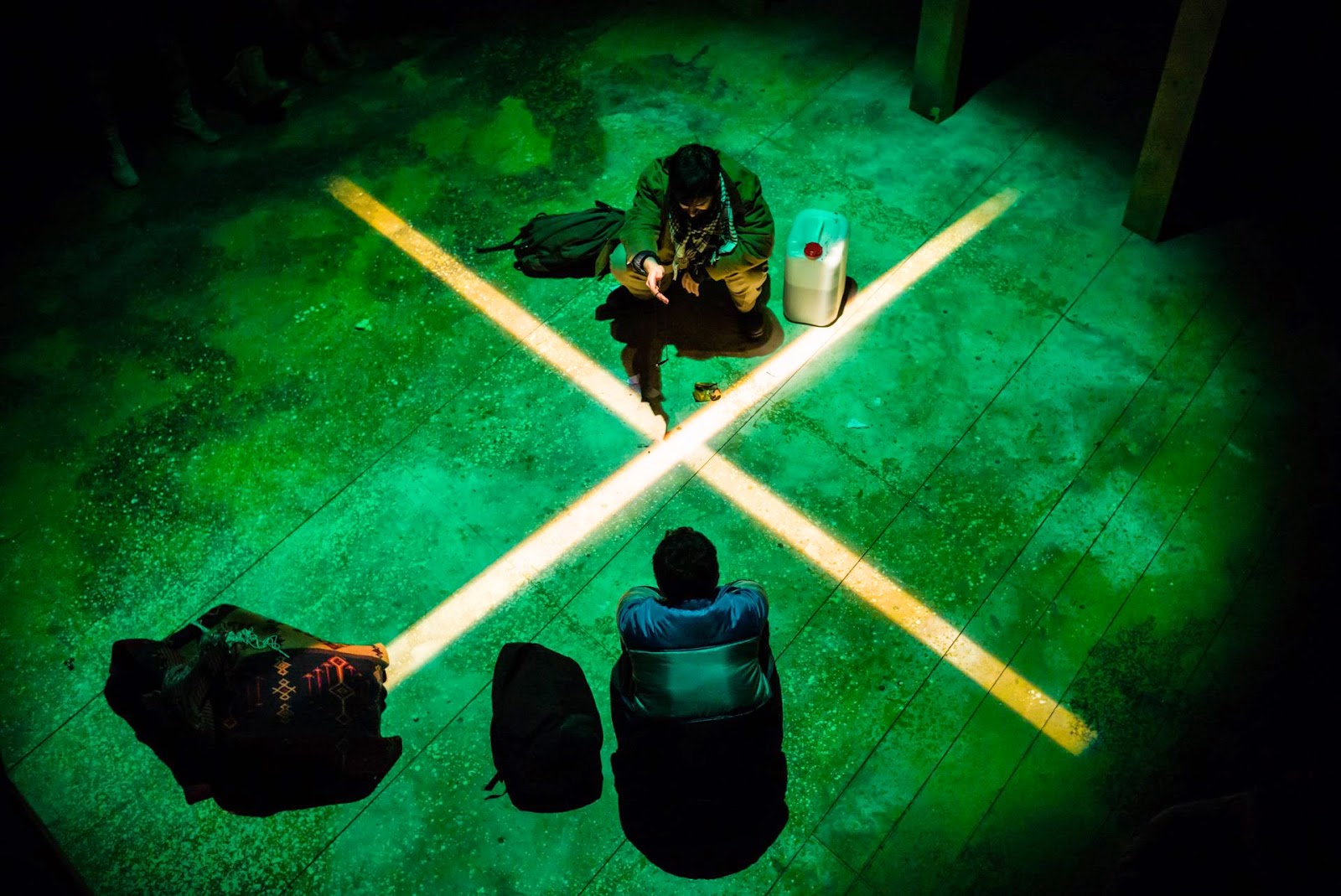 Shrapnel: 34 Fragments of a Massacre by Anders Lustgarten is an angry and sweeping account of the Roboski airstrike that took place in December 2011 near the border of Iraq. Politicians, the military, modernity and the industrial complex are all called into account here.

The startling thing about this piece however is how it shows it is so easy to forget the incident as just another case of collateral damage in a land far away. The relentless coverage of war and conflict framed through two minute television news stories simplifies everything and desensitises you. It also removes any chance to understand the context and history. This piece tries to slap you about and wake you out of such complacency.


The Roboski massacre took place after a US drone flew over the area and Pentagon officials saw a huddle of people that could have been PKK militants crossing the border. Acting on this information, Turkish forces dropped bombs on the group. Thirty-four civilians, who were smugglers of fuel and cigarettes, were killed.

This piece focusses through a series of scenes on the potential motivations of the players involved. The military, the Kurdish smugglers who smuggle for a living, the complicit media and manufacturers of drones and other military equipment. The actors change roles and move through a variety of these roles.

It helps to have some knowledge of the event and the geopolitical issues. But even with limited knowledge (or memory) of the event the piece also serves as an intriguing commentary on the current state of the world where drones are a cost-effective weapon of choice in warfare and in Christmas gifts.

While at times the fragmented nature of the piece gets in the way of the compelling story, Anders Lustgarten notes that ultimately the play is about complicity. You may not understand all the issues by the end of it, but you will appreciate there is more than a simple accident here.

It is a slick production too and the play is also translated into Turkish with surtitles. It runs at the Arcola through to 2 April.