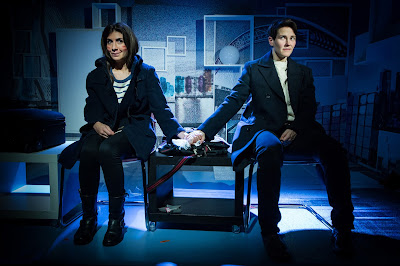 Rotterdam is a unique and hilarious story about gender, sexuality and life abroad by playwright Jon Brittain. It is made even more memorable by the strong and tender performances by the leads.

It’s having its world premiere at Theatre503, which is continuing to nurture original new writing in London. It has to be the first “gay play” or perhaps the first "lesbian transgender comedy" in a long time to explore something that feels like real characters. 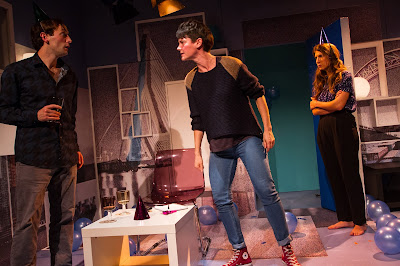 The premise is that it is approaching New Year in Rotterdam and Alice has finally worked up enough courage to come out to her parents and tell them that she is gay and living with her girlfriend Fiona. But the email is never sent as Fiona reveals that he has identified as a man and wants to start living as a man named Adrian.

While Adrian starts transitioning Alice now has to decide what this means for her, and does that mean she is now straight? Meanwhile a Dutch girl in her office has her eye on Alice and wants to make a connection.

The piece is a wonderful character study that unfolds to explore real emotions and practicalities. It also gets the balance right between the seriousness of the subject matter and laugh out loud comedy. It even feels like you have been given a glimpse of life in this port city.

As Alice and Fiona/Adrian, Alice McCarthy and Anna Martine create a warmth and chemistry together that brings out the humour and the heartbreak of the piece. There is also an excellent performance from the blokey Ed Eales-White and whose relationship with both women is a crucial part of the story.

Jessica Clark as the local office girl Lelani is also funny as the girl who gets Alice to look at her life and the world around her.

It is also a lesson in gender fluidity that seems fairly topical these days - particularly if you are transitioning from male to female. And it feels like this could be destined for a much bigger future.