The smell of the motorcycles, the gasps from the crowd: La Soiree @Southbankcentre @theatreblogs 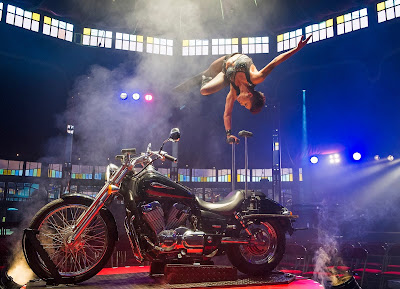 In it’s eleventh year of touring and sixth year in London, La Soiree still manages to thrill and excite like it has just burst onto the scene. It’s mix of old favourites and new acts still makes it the show to see over the next few months.

Constantly changing, La Soiree keeps you second guessing what will come next. Whether it is Freddy Mercury obsessive in very tight jeans crowd surfing or a gorgeous acrobat dangling from the top smoking a cigar, this is a show that is determined to make sure you have a good time. 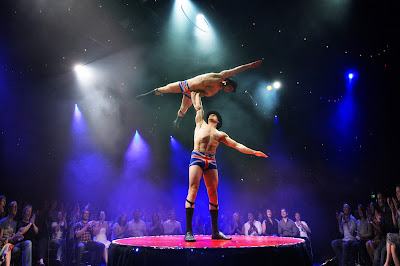 For anyone unfamiliar with the show, it is a line up of some of the most eclectic, naughty and talented circus and cabaret acts that you could imagine. It’s performed in the intimate space of a Spiegeltent situated on the South bank Centre.

The audience is pushed up close to the performers as they perform on a small round stage. The intimacy of the space is part of the enjoyment. You can see the energy and the effort that goes into the performances. You can feel the movement, you can see the beads of sweat and you can smell the motorcycle fumes (more on that in a minute).

There are the bulging and straining muscles that Denis Lock and Hamish McCann display as the English Gents; showing off their acrobatic skill, strength and balance. This is a regular act in the line up but every time I see it, it feels as if the piece is different, becoming more complicated as the years go on. 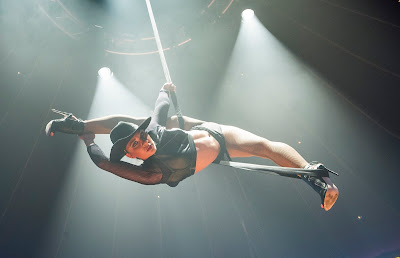 This year there are two new acts in the line up. Yammel Rodriguez with her sexy and seductive acrobatic routine (complete with a smouldering cigar and dripping ash) is exciting to watch. While Melanie Chy enters on a motorcycle and does a thrilling yet seemingly effortless hand balancing act while acting like some raunchy biker chick.

Not every act is a winner but there is such a camaraderie among the performers and the atmosphere is one where they are continually growing as performers.

It’s a bit naughty but nothing that wouldn’t be inappropriate for fun-loving open-minded Londoner types. Given the events that have transpired over the weekend its a valentine to living life to the fullest without prejudice, ignorance and barbarism. There is so much to take it seeing it more than once is possibly a must. 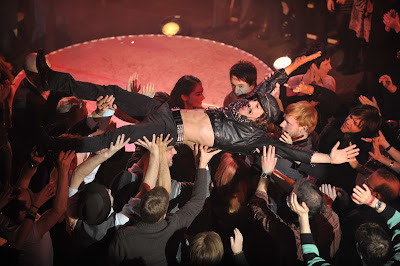 This review was part of an evening organised by the lovely people at Theatre Bloggers.