Blowing off steam: One of Those @TristanBates 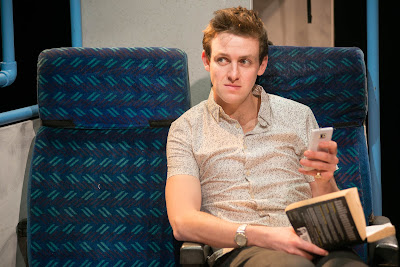 It all happens on the mid-morning train to Cornwall in One of Those, in this funny and fresh piece of new writing by Tom Ward-Thomas.

A train ride to Cornwall is full of connections, and not just of the rail kind.

The play's title comes from the false assumptions that people make at first meeting and how this influences how they behave. 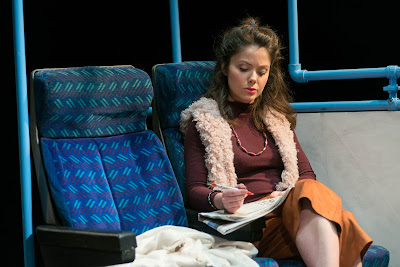 There is a man on his way to Penzance to see his daughter. A young woman is on her way to meet her older partner. And a couple heading off for a dirty weekend only to discover the man's wife is also on the train. 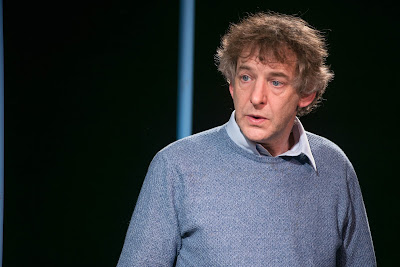 The writing feels so naturalistic that the comedy that follows seems perfectly normal. The intricate details of domestic life, past and future life choices are laid bare in this brisk 75 minute piece directed by Amy Ewbank.

The performances from the cast are believable and funny. Amy Newton as the curious yet easily offended Laura is playful in her sparring with James (played by Ward-Thomas). Louise Bangay as the wife pieces together everything in just a few glances. Emma Kelly as the mistress is hilarious, particularly as the two women bond over art and sculpture. Martin Ball as the philandering husband is just as funny attempting to explain why his Kent business trip was moved to Cornwall. 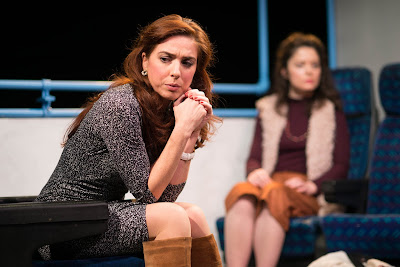 It is a simple set, with a few tatty looking train seats and some luggage racks. There are frequent announcements from the conductor or man in the buffet car (complete with noisy feedback). It all evokes the dreariness of railway travel in this country.

But what you will remember most is how sharp and insightful this piece of new writing actually is.
⭐︎⭐︎⭐︎⭐︎ 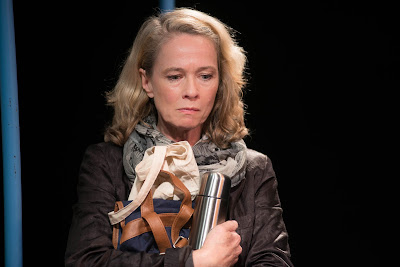 One of Those plays at the Tristan Bates Theatre until 13 February. A trip worth taking. First impressions with @johnnyfoxlondon follow.

And going to see this piece turned out to be a comedy-drama in itself. Moments before the play was to start, I felt overcome by a warm feeling down my back that started spreading. I wondered if I was having a hot flush. Only when I sensed commotion behind me, and that the hot thing on my back was also wet... Did I realise the man behind me had spilled his coffee over me. While it was a relief I was not having a medical emergency, visitors to the Tristam Bates Theatre should be wary of its cramped confines. And that anything can happen at the theatre...