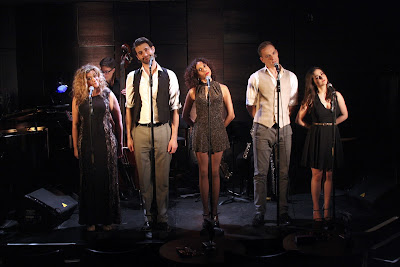 After catching The World Goes Round, it is easy to appreciate the breadth of writing from composers and lyricist John Kander and Fred Ebb. In the days since catching it, many of the songs have become ear worms. Who would have thought a song about two women comparing their lives (and singing about pot roast) could do that? No doubt it is due to the fine music making on stage.

The show includes songs from their best known works, Cabaret and Chicago. But it also includes many other songs from lesser known shows. And songs that might have been lost are now given the chance to shine.

It is a lot of songs in to get through in one evening but the show never drags during its nearly two hour duration. Helping the proceedings along are the performers assembled for the evening and each are given their moment.


The four piece band assembled under the music direction of Kris Rawlinson gives a strong foundation to the evening.

The ever-reliable Debbie Kurup opens the show with the title number and blows the audience away. It doesn't let up with many other highlights. Oliver Thompsett  gives a sublime interpretation of I Don’t Remember You. 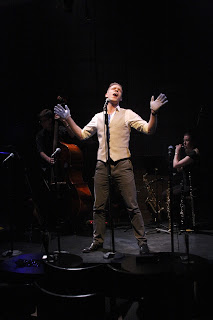 Stefan Lloyd-Evans delivers a light and delicate rendition of the song Sara Lee. The song is about a man’s obsession with pastries. It is hilarious even if you find it hard to believe (given his physique) he is a man who spends his life eating brioche.

Sally Samad gets brassy with the song about having a man in the afternoon. And Alexandra Da Silva gives the audience several comic turns in the evening. A particular highlight being Ring Them Bells, taking a song written for Liza Minelli and making it her own.

At times it looks it looks a little crowded on stage. But what it lacks in choreography and staging, is made up with some intricate harmonies and fine music making that blow the audience away.