The fog of war: Correspondence @ORLTheatre 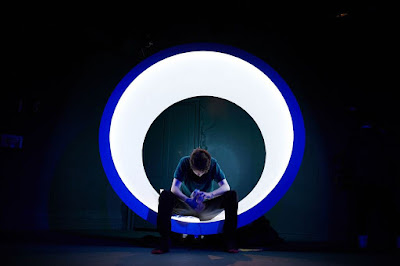 Boys on Xbox, the crisis unfolding in Syria, a disappearance and a psychotic episode. It all happens in Correspondence, currently playing at the Old Red Lion Theatre. It's at times thrilling but its also a bit bewildering.

Flicking through the programme twenty minutes into Correspondence, I read the note about psychotic symptoms. It seemed a little odd as until that point it seemed like this piece was about two boys on Xbox. One who just happened to be in Syria.

But soon we're exploring mental illness. There is so much going on here that it is hard for the piece to get focussed on any of its broad themes it's exploring in its ninety minute duration. 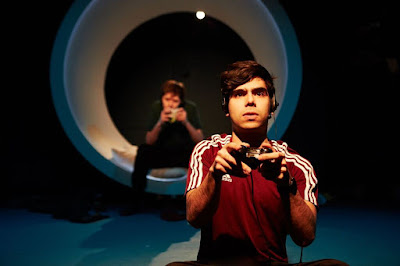 Lucinda Burnett's piece is very topical. Even more so when you catch it in the week marking the five year anniversary of the start of the conflict. But it also has an incredibly strong cast and slick production.

Joe Attewell gives a strong performance as the sixteen year old Ben. Ben doesn't have any friends and spends most of his time on his Xbox or writing stories for a school newspaper. Only when he is talking to his friend Jibreel (played with emotional intensity by Ali Ariaie) does he come to life. Jibreel works in an internet cafe in Daraa, which on 15 March 2011 became the spark for the Syrian conflict.

Jibreel disappears from online and so Ben decides to become detective and set off to find him. As if travelling from Stockport to Syria were an Easyjet flight away. 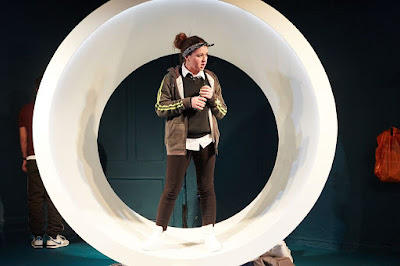 Travelling with Ben is school bully Harriet, played evocatively by Jill McAusland. She calls him 'Shitbiscuit' so many times in the piece it really sticks in the mind long after seeing the show. You may be even tempted to use it afterwards on your friends... Assuming you're comfortable with the meaning of the word...

The deisgn by Bethany Wells and lighting by Chirstopher Nairne is evocative. And the sound by Giles Thomas will make you jump either at the explosions or the sound of Katy Perry.

But the finely drawn characters feel like they are lost in a sea of concepts.

Correspondence runs at the Old Red Lion until 2 April.