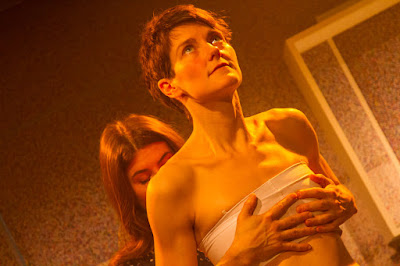 The best thing about the West End transfer of Rotterdam to Trafalgar Studios is the chance to see it again after its sellout run last year at Theatre 503. Maybe it is just as good as it always has been, but seeing it in the space of Trafalgar Studios 2, the drama seems heightened and the comedy funnier. The piece is a unique and hilarious story about gender, sexuality and drifting through life abroad by Jon Brittain. A combination of great writing and performances make it a must-see.

The premise is it is New Year in Rotterdam. Alice has finally worked up enough courage to tell her parents she is gay and living with her girlfriend Fiona. But the email is never sent. Just as Alice was about to send the message Fiona reveals that she wants to start living as a man named Adrian.

While Adrian starts transitioning Alice now has to decide what this means for her, and does that mean she is now straight? To add to the complications Alice’s ex and Fiona’s brother Josh is there. And she is getting some much needed attention with a young sexy co-worker called Lelani. 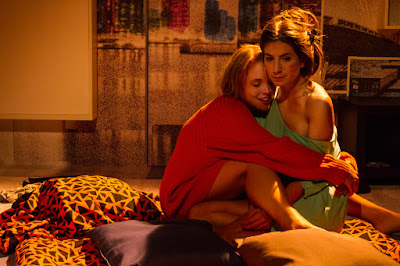 The exciting thing about this piece is that it is a gay play or "lesbian transgender comedy" that presents real, complicated yet sympathetic characters. From laugh out loud moments to seriousness. You feel like it has been a hell of a night at the theatre.

None of the characters are from Rotterdam and together they all seem a bit lost and on their own. As you leave the theatre the song by The Beautiful South, Rotterdam, plays to remind you that Rotterdam is “anywhere alone”.

Returning as Alice and Fiona/Adrian, Alice McCarthy and Anna Martine create a warmth and chemistry. They bring out the humour and the heartbreak of the piece.

Ed Eales-White as the understanding brother and ex-boyfriend Josh, gives the story a grounding. He is the calm yet comic foil.

As Alice, McCarthy gets the best laughs as the tightly wound Alice. She has terrific comic timing eliciting laughs by confessing she is a mess or giving a long stare.

Anna Martine is amazing to watch as she transitions from Fiona to Adrian. Lowering the voice, trying to fit in and trying to keep Alice. 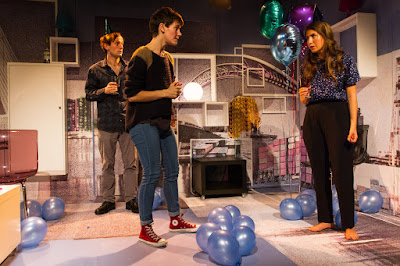 Jessica Clark as the office girl Lelani gives the piece its spark. With her flirtatious advances, insight on Dutch culture and young love she has a lot to do throughout the piece, but it always feels genuine.

Catching this play last October I wrote that it felt like it was destined for a bigger future and it is exciting to see it with a much-deserved West End transfer.

Topical, funny and genuine. This is a real treat. Directed by Donnacadh O’Briain, Rotterdam is playing at Trafalgar Studios until 27 August. It sold out last time around so don’t miss it this time…