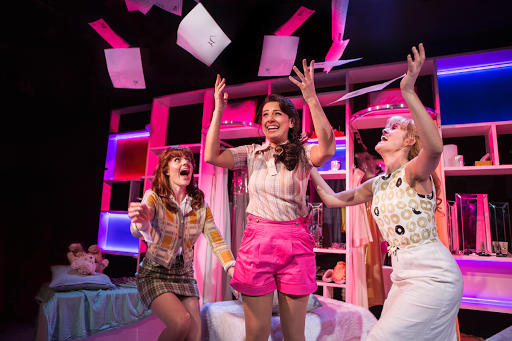 The secret of lasting friendships is really about having the correct fitting wig. Well, I think that's what it is after catching Vanities: The Musical. It's a musical valentine to soap opera dramatics and retro hair styles currently playing at Trafalgar Studios.
The show is given a heavy injection of talent with the performances by its three leading ladies. While this makes it very watchable, you are left wishing there was just something more in the material. 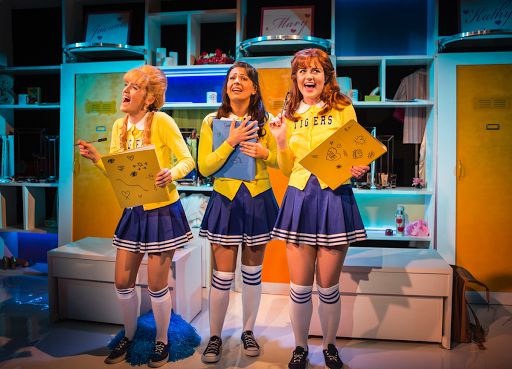 Vanities: the Musical is adapted from the eighties play of the same name. It charts the vagaries of friendships and people drifting apart from their school days. Opening as the three friends, Joanne, Mary and Kathy are planning their big high schools cheerleading event. On the day President Kennedy gets shot. Each of them complete with fabulous sixties hairdos. It's a metaphor for how such promise turns bad.
Fast forward to the last day of college they are planning to go their separate ways. Joanne is getting married, Mary is travelling the world and Kathy is going off to teach.
But things aren't all that they seem. Catching up in the 1970s after being apart for a few years, the hairstyles are different and the friends are different. Joanne is conservative and cares less about her looks. Mary is a worldly bitch with an erotic art gallery and hair to match. Kathy is without a job but staying in a fabulous penthouse in New York with hair like Farrah Fawcett. The scene is set for a small bit of conflict which would see the friends only reunite when Mary's mother dies.
As a play it was a hit Off-Broadway. But as a musical the songs feel as if they only skim the surface of emotions. The piece also tends to musicalise the trivial and superfluous without being much fun. Perhaps also due to the small-scale nature of this production they songs don't always sound their best either.
But the performances are great. All three are working their hardest to keep the show moving. Ashleigh Gray as the control-freak Kathy who has to deal with things beyond her control is sweet. Lizzy Connolly  plays Joanne for broad laughs and usually gets them. Lauren Samuels takes on pantomime villain-like qualities in the second half of the piece.
The resourceful (although perhaps slightly overly elaborate) set the ladies have to move about to morph moved from locker rooms and showers to dorm rooms to chic Manhattan apartment and funeral home was fun to watch too.
Definitely a must for fans of these leading ladies. But for others you might wish for better material...
Vanities the Musical runs downstairs at the Trafalgar Studios until 1 October.
⭐️⭐️⭐️
Photo credit: Production photos by Pamela Raith 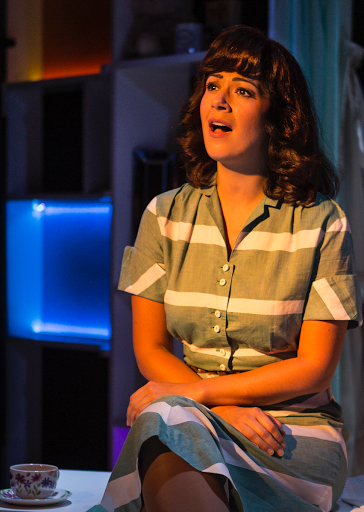