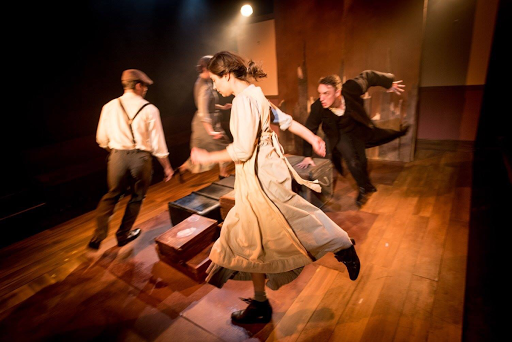 The Great Divide uses the worst industrial accident in history as the backdrop to explain the lives and times of some of the workers who lived and perished in the Triangle Shirtwaist Factory fire.
It is playing on Sunday, Monday and Tuesday at the Finborough Theatre until 20 September.
What is exciting about Alix Sobler's piece is how fragments of stories comes together to tell a much bigger one about immigration, dreams and unionisation against the backdrop of the deadliest workplace disaster in American history. 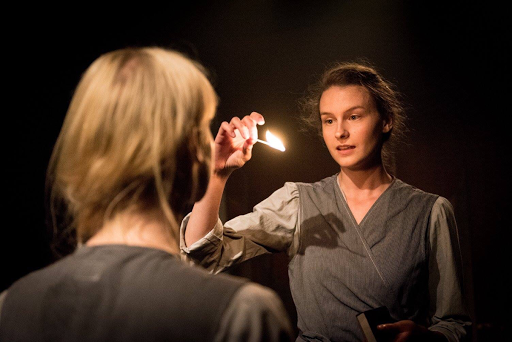 The Triangle Shirtwaist Factory was on the lower east side of Manhattan located on the top floors of an 11 storey building. Most of its workers were migrants working for low pay and long hours. The custom and practice in factories was to lock doors and limit exits to prevent theft. Smoking was banned but people did anyway.
So when fire broke out on 25 March 1911, the combination of flammable materials and no means of escape let to a fire of such intensity that many of the workers chose to jump out the window their deaths. This was a scene that would not be repeated until the 9-11 90 years later in a harrowing repetition of New York history. All told 146 workers died. Most of them were women.
But the fire is not the only part of the story. Through necessity  women who left Russia and persecution find themselves in roles to provide for families. The harsh conditions and petty penalties led to an 11-week general strike for better working conditions in  1909. It also led to the growth of the union movement in the garment industry.
The vast storytelling gives the actors a number of roles as storytellers moving from the old land to the new. But at the centre of the piece is Rosa (played by Hannah Genesius . She is the dreamer turned pragmatist in the piece as she comes to New York and needs to find work to survive. Genesius keeps the piece focussed and the pace moving like a conductor.
Josh Collins as her potential partner is terrific and gives the piece some welcome humour. Emma King as her friend at the factory gives the piece warmth.
While the tragedy led to improved practices, it is hard not to question whether much has changed or whether some of the practices have just moved offshore. Primark Shirts made in substandard factories that collapsed in Bangladesh. H&M factories without proper fire exits. iPhones made at Foxconn where there is a high suicide rate.  Even closer to home there is Sports Direct running a modern day workhouse in its own distribution centre.
Going to work is still a matter of life and death for many. At least some of us can demand better from the places we shop at and where we invest our money.
Directed by Rory McGregor, The Great Divide is at the Finborough Theatre on Sunday and Monday evenings and Tuesday matinees until 20 September.
⭐️⭐️⭐️⭐️
Photos: production photos by Graeme Braidwood
Updated to correct errors in the dates 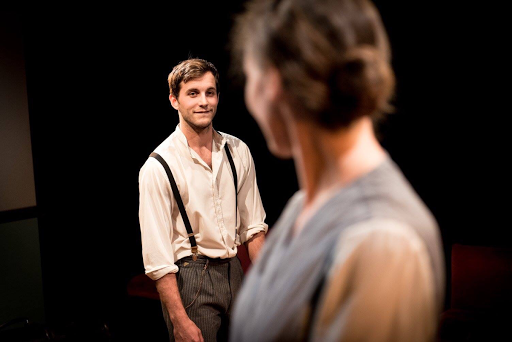