Make them hear you: Ragtime @CharingCrossThr 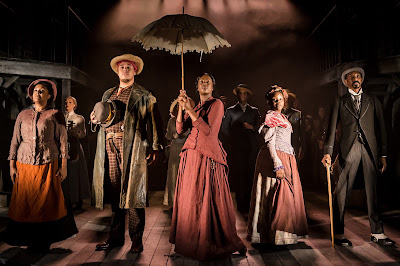 Ragtime at Charing Cross Theatre takes the late nineties musical and lifts it into another realm. With a compact cast on a compact stage, everything seems more intense. It is more musical, more melodramatic and more relevant than ever before.

The cast double as the musicians. One minute they are singing the next minute they’re on the drums or accordion. Pianos whizz about the stage. Music and drama explode in front of you. There is so much happening (particularly in the frenetic first half) that it is breathtaking.

The show opens with an extended prologue introducing the characters and the music of a new syncopation that sets the tone for the rest of the evening. After the rousing chorus that ends it the audience burst into cheers 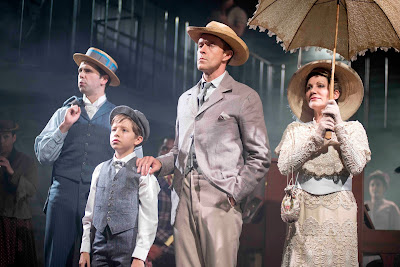 The quote attributed to Mark Twain that “history doesn’t repeat itself but it often rhymes” feels appropriate after watching this. It is an epic musical trying to make sense of events that still resonate today. But as book writer Terrence McNally notes in the programme, the show is about dreams and promises. On stage it is the dreams and promises of three groups. The white middle class from New Rochelle, the black strivers of Harlem and the immigrants from Europe. But it could equally be about the dreams and promises of today. The injustice may be different, the (mis)treatment of women more subtle. But it feels like the continuation of the same cause. The same struggle. And this is what makes the piece feel so powerful.

Based on E.L. Doctorow’s book, the story blends fictional with real life characters. These include Henry Ford, anarchist Emma Goldman and the passionate and beautiful Evelyn Nesbitt. But real life is less important here than the big dramatic sweep of events. At times it feels like you are watching three musicals. And as the dreams fade and the promises are not kept, a harsh and bitter reality pervades (particularly in the second half). 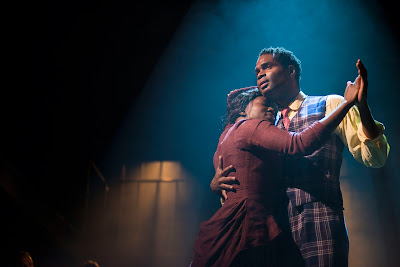 But an exceptional cast, a fast pace and ingenious music by Stephen Flaherty with resourceful lyrics from Lynn Ahrens keeps you enthralled until the bitter sweet end.

Anita Louise Combe as Mother is devastating as the woman in white confronting an unhappy marriage and the changing forces around her. Her number “Back to Before” had audiences cheering. Ako Mitchell as jazz pianist Coalhouse Walker gives a nuanced performance. He is the proud man seeking justice for what starts out to be a minor cause of injustice. Jennifer Saayeng delivers an emotional and vocally strong performance as his lover Sarah. Valerie Cutko with her booming voice and tiny glasses is hilarious as the anarchist Emma Goldman. There is also an unexpected eroticism with the way Joanna Hickman as Miss Evelyn Nesbitt plays the cello while singing "Wheeeeeeee!" and being the “girl on the swing”.

It may be a long ride, but there is so much to admire. Directed by Thom Southerland with musical direction by Jordan Li-Smith, Ragtime is at Charing Cross Theatre until 10 December. A definite success... Wheeeeeee! 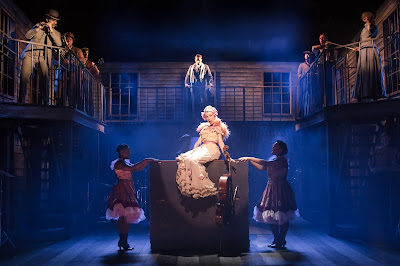