Peace is our profession: The Acedian Pirates @Theatre503 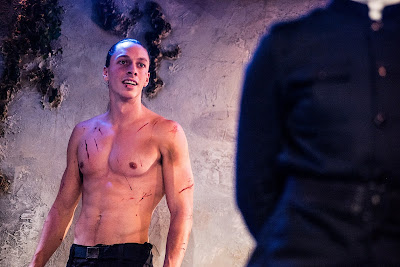 Keeping the peace and stopping depravity is all and good, but in The Acedian Pirates it comes with a few unintended consequences. It is an evocative and testosterone-fuelled piece currently running at Theatre 503.

Watching this piece had me pondering what Donald Rumsfeld said once about unknown unknowns. After all this piece is set in some unknown remote lighthouse in some unknown battleground. The mission is unknown and the outcome also unknown. You’re as confused as the characters about the point of it all, but you get drawn into it anyway. There is never a dull moment with the fights, the explosions and a strange lady upstairs. 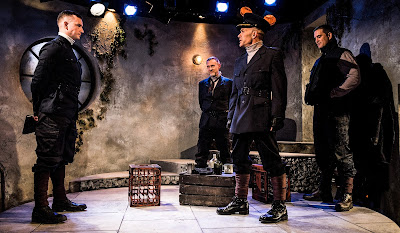 What it all means is an unknown. Perhaps it is that war and the best intentions lead down the same path. There is the unit desperate to go home after a long tour of duty. But a new arrival starts asking questions about their mission’s purpose and things start to unravel. Soon even the most peaceful of missions seems awfully violent.

With a claustrophobic set, a strong cast and a brisk pace, things move quickly enough to sustain your interest.

But at times you are never sure whether you should be laughing or taking things seriously. It’s as if panto season has come early and these naughty bored soldiers are out doing outrageous atrocities.

Acedia is a noun, from Greek akēdia, meaning apathetic listlessness or a moral failing. More apathy and listlessness might have helped.

Still the piece, which was shortlisted for the inaugural Theatre 503 Playwrighting Award, is fascinating all the same. Written by Jay Taylor and directed by Bobby Brook, it runs at Theatre 503 until November 14. 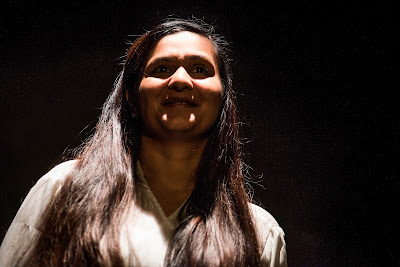