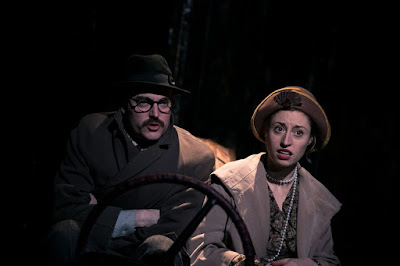 Benighted is a taut Christmas thriller that is a welcome relief for anyone who doesn't buy into all that cheer this time of year. Or pantomimes. There is thunder, a spooky house and dark secrets. It's currently playing at The Old Red Lion Theatre.

It is a dark and stormy night. And close to Christmas. A car has broken down and there is a rising flood. Three people seek shelter from the weather in a gloomy mansion. But all is not what it seems and their hosts, the mysterious Femm family, are not particularly hospitable. As others arriving seeking shelter from the rain the group begin to wonder if they will make it through the night.

First published in 1927, this early novel by J.B. Priestley was adapted for the screen by James Whale in the 1932 as The Old Dark House. It was the original horror picture movie that would inspire many others and be the blueprint for future stories. Including the Rocky Horror Picture Show. 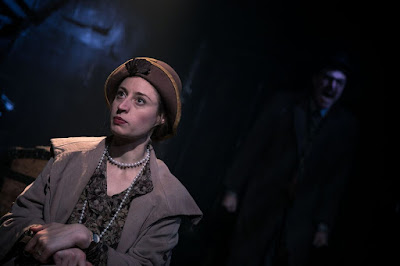 It has been adapted for stage by Duncan Gates. Nobody strips down to their underwear here (or breaks into song). But there is enough creepiness with clever lighting and sound effects to keep you on the edge.

As the Waverton's who get stranded by the storm, Harrie Hayes and Tom Machell capture the spirit of a modern married couple. As Roger Penderel, who is travelling with the Wavertons, Matt Maltby is the seemingly happy and carefree single man with demons of his own to confront.

This is a resourceful production. There is a simple door or a jagged corner to evoke the mansion. And the confined space of the theatre is transformed by designer Gregor Donnelly into a place of dark spaces and creaking doors. The lighting by Zia Bergin-Holly and Sound by David Gregor also is enough to make you jolt out of your seat occasionally too.

As the flood subsides and the rain clears, perhaps things start to sag as the tension shifts, but it's an adventure all the same. And it is great to see the source material that inspired so many other stories.

Directed by Stephen Whitson, Benighted is at The Old Red Lion theatre until 7 January. 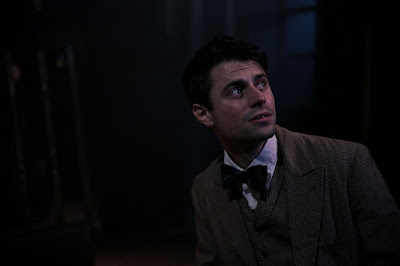