The sweet smell of rising damp: After October @finborough 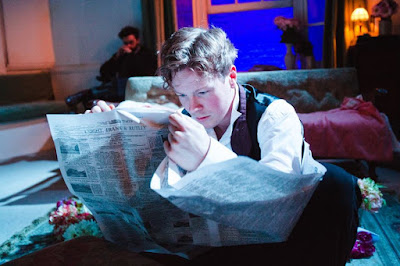 A life in the theatre may be a threadbare, but there is always hope of tomorrow. Rodney Ackland's After October is getting its first London production since its premiere in 1936 at the Finborough Theatre. It's fascinating to see how it captures a slice of life but also the enduring drama of working on the edge of success.

Some things may have changed since when it was set. Nowadays waiting for the papers has given way to post show tweets and instant web reviews. And nobody would believe there is a shabby basement flat in Hampstead. Set designer Rosanna Vize seems to have seen the same London flats I have in her inspired transformation of the Finborough into a 1930s dive. Beige walls and bland 1930s fixtures dominate the space, along with a sense of rising damp. Perhaps she took inspiration from the Finborough's neighbours. But all told the piece focuses on the characters and their motivations so that it still feels relevant. 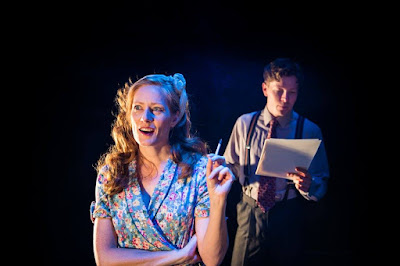 Struggling writer Clive Monkhams is living with his mother and dreaming of a hit play and marrying lodger Francie. His mother Rhoda, a former actress keeps the grocer and the other debt collectors at bay with promises and hints at success around the corner. There are various other family members and hangers on, who are all counting on Clive's next hit to keep them out of poverty. But as easy as it might be to find a script down the back of the sofa, artistic and commercial success can prove to be elusive.

Ackland's piece, which draws on his own experiences is on one level epic in its attention to detail. But a large cast of characters for the small space of the Finborough make it seem much shorter than it is. It is sometimes tragic and often hilarious.

The cast are exceptional in bringing this piece to life. Adam Buchanan as Clive Monkhams captures the frenetic pace of a writer pulling together many projects in search of a source of income. Sasha Waddell as his mother Rhoda brings out the faded glory of an actress remembering her better days while making up excuses for not paying the latest bills. There are some nice scenes with Patrick Osborne as Clive's friend Oliver. He provides the artistic conscious to the piece as the penniless poet who Clive pledges to support... Once he has a hit. 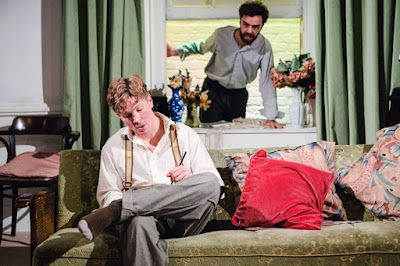 This is a piece about compromises. Not for artistic success but for basic survival. The theatre is just the backdrop for it all.

Directed by Oscar Toeman, After October by Rodney Ackland is at the Finborough Theatre until 22 December. Once again the Finborough is rediscovering lost treasures and reminding us that some things don't change that much...