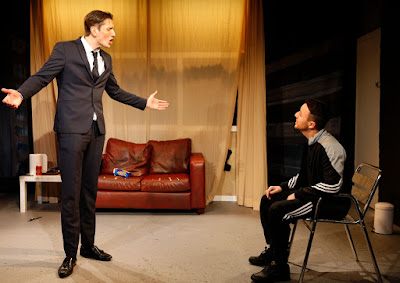 A debt, a bad nickname and an obsession Reservoir Dogs come into focus in John Stanley's funny and dark play The Monkey at Theatre 503.

Stanley notes that he has distilled the four characters in the piece from the larger than life characters he has encountered. They bring to life the many traits of London's sub-culture of addiction and criminality. It's part of the Homecoming's season of new writing by prisoners and ex-prisoners. The stories are about getting out and going home.

But what is fascinating in this hilarious piece is how he has created a unique character in Terry. Terry (or Tel as his mates call him) has left Bermondsey and trying to leave his old past behind. But an old mate Thick-Al owes him money (or a monkey)  His mates think he has a bit of screw loose but also that he is a soft touch. 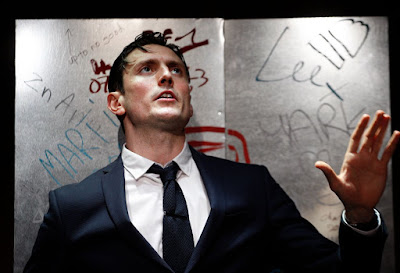 Morgan Watkins brings Tel to life as a crazy, edgy, addicted character with an obsession for 90s R-rated flicks. He paces the stage, adjusts his tie and moves awkwardly in his tight-fitting suit. He stares down the others. Exploding into rage. You're disturbed by him but you can't help liking him.  By the time the piece ends I wanted more. Maybe there are more stories to tell about him in a future book... Or a television series.

As the slob Thick-Al, George Whitehead is the comic buffoon of the piece. While Daniel Kendrick as Dal and Danielle Flett as Becks come across as the troubled yet loveable thieves who rob to feed their addictions.

The play is full of enough slang words to warrant its own glossary at the back of the programme. And no piece set on a south London council estate would be complete without endless rhyming slang to the point that it becomes it's own word play. Plusses become red busses and minuses become sinuses. For Stanley's first play with its constant hilarity and great performances it was all red buses to me.

Directed by Russell Bolam, The Monkey runs at Theatre 503 until 18 March. 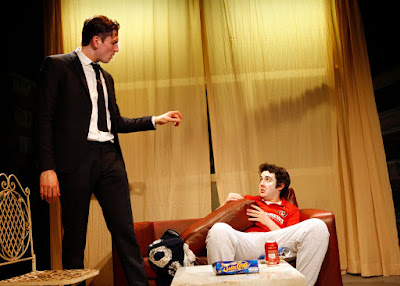