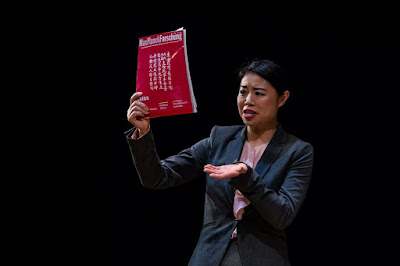 It's the little things that make all the difference in Chinglish, a slick and funny play currently at the Park Theatre. In David Henry Hwang's comedy, which opened on Broadway in 2011, Chinese-American relations, corruption and commerce are in focus.

But a funny thing happened in the five or so years since the play opened. America as led by its new leader is a country on its knees awaiting to be made great again. It may be firing missiles but they're hitting the least strategic targets possible.

And while America is impotent, China is the country the world is turning to for answers on the environment, the economy and manufacturing. So much so that some are wondering if the policy of the new administration is to make China great again.

Chinese President Xi Jinping is repositioning the country against the slouch on the couch. It could be the man, but it could be the country. And higher import duties and a corruption crackdown has ended Chinese tourists returning from Europe loaded with luxury goods.

It makes a few poorly translated signs about "the slippery are very crafty" seem like insignificant details in a broader cultural war. It all matters as what hangs on this comedy is the assumed preference for Western goods and know-how. Maybe this is the price to pay for being so topical six years ago. So as a historical piece it is a fascinating and funny account of a bygone era. 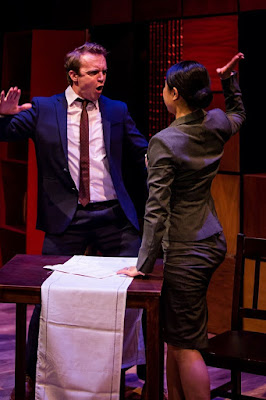 As Daniel, Gyuri Sarossy runs a Cleveland signage company eager to get into the Chinese market. His selling point will be to pick up the all the mis-translations involving the slippery and the crafty. Why he would want to do this when he has no understanding of the culture or any mastery of the language is a mystery. But perhaps Western audiences will overlook this on the assumption of superior Western know-how. He is admirable as a fish-out-of water, but less believable as a character.

The highlight of the show is Candy Ma, as Xi Lin. She is focused and funny as the deputy minister of culture who will do whatever it takes to get ahead for her family. And when she punches the air at the end of the show it feels like she is the personification of China on the rise.

It is great that the production has assembled a group of fabulous bi-lingual actors who play up the comedic elements of the show.

Directed by Andrew Keates, Chinglish is at the Park Theatre until 22 April. 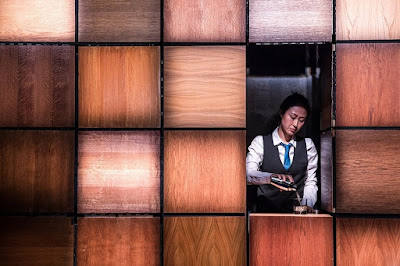 Photos by Richard Davenport for The Other Richard