Stompin' at the Palace: This Joint Is Jumpin' @theotherpalace 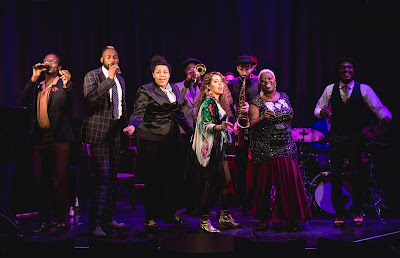 In the basement space of The Other Palace there's a whole lot of jumpin', stompin' and jazzin' going on. It is not so much a theatrical piece but homage to the great jazz legend Fats Waller.

The artists pay tribute to the life and music of Fats Waller through song, dance and a small and largely insignificant plot device. But it's the music making that will leave you with the lasting impression.

There's music director and co-creator Michael Mwenso’s cool jazz vocals which combined with his band The Shakes are a sensation.  Mathis Picard’s on the piano, Ruben Fox on tenor sax and Mark Kavuma on trumpet each have some terrific moments.

But the highlight is the London debut of Broadway legend Lillias White. She is the cats pyjamas with her charm and ability to give meaning from the seemingly most insignificant lyric.
Accompanying the music are some great tap performances by Michela Marino Lerman and Joseph Wiggan. Wiggan has an astonishing tap solo in the second half of the show which is a thrill to watch in the confined space of the studio.

As for the plot, well its about unpaid rent and threat of eviction, so the show becomes a rent party. This means if the bar takings are high enough they will have enough money to make the next rent payments. And given West End prices for drinks this was never going to be a problem.

If only they put the narrative to better use to explain more about the time and period of Fats Waller. Waller was a jazz pianist but also a prolific composer. His songs Honeysuckle Rose, Ain't Misbehavin' and Squeeze Me are still popular standards. He has also purported to have composed many other songs attributed to other composers and lyricists when he needed the money.

Still, this is one classy show and perfect in the studio setting of The Other Palace. Directed by Patrice Miller, This Joint Is Jumpin' runs until 15 April. 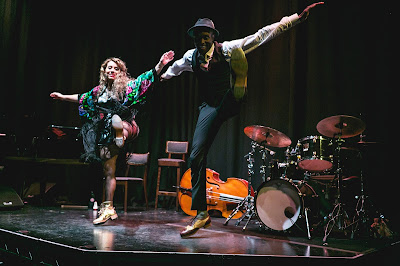