The bizarre and the demented: Out There On Fried Meat Ridge Road @Trafstudios 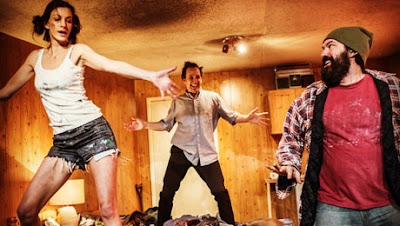 Out There On Fried Meat Ridge Road is a great title for a play. And it's a laugh out loud hour or so of bizarre antics. After a run in January at the White Bear Theatre it's at Trafalgar Studios. They've transformed the space into a dump of a motel and it's a fabulous experience. There are stains on the walls, mismatched furniture and endless country music.

It's difficult to describe the plot without giving away some of the surprises. It opens with JD (Keith Stevenson). He's a friendly kind of hillbilly living in this grimy place. Mitch (Robert Moloney) arrives answering an ad JD's placed in the paper looking for a roommate. Mitch has lost his job, his girlfriend and his apartment and so is desperate. But he's surprised to find JD living in motel. And then arrive the neighbours. There's the cranky old Flip (Michael Wade), the owner of the motel. Then there's meth-head Marlene (Melanie Gray) and her hot-headed boyfriend Tommy (Alex Ferns).

Will the offer to share a motel room be too temping for Mitch to resist? Well I guess you will have to find out. 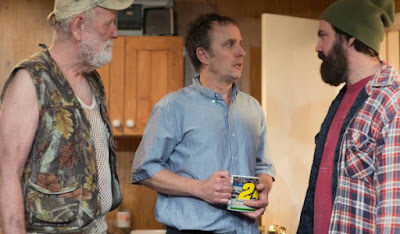 The show feels like it should be part of something much bigger. There have been two other instalments written by writer and performer Stevenson.

Stevenson took inspiration from his hometown, Keyser West Virginia, which actually has a road called Fried Meat Ridge Road. But it is clear he has a lot of affection for the characters which makes the show so much fun.

The performers also have a terrific sense of comic timing and make the most of this short piece.

A road less travelled, but one you get the feeling could also be a truly immersive television series. Netflix should take note. In the meantime you should catch it before its cult following makes it too popular.

Directed by Harry Burton, Out There On Fried Meat Ridge Road is at Trafalgar Studios until 3 June. 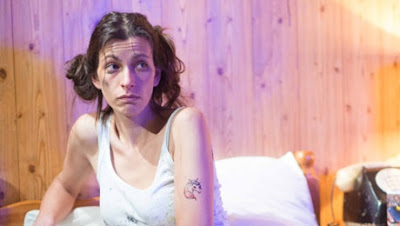