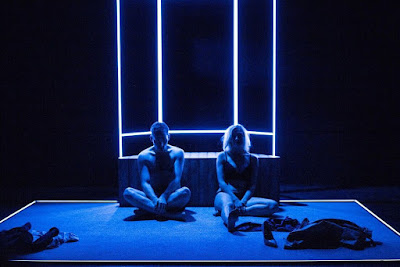 Watching Punts, which is currently playing at Theatre 503, reminded me of that joke about the boy who asked his parents if he could have a watch for Christmas. And so they let him. Here a young man's sexual awakening is organised by his parents. It all seems very modern.

Sarah Page's comedy about the sexual awakening of a young man has a twist. His parents pay for a prostitute to help him as he has learning difficulties. But the piece moves quickly from being a bit  awkward (or a bit gross), to being a very funny and sophisticated story. It's also made believable by the convincing performances. 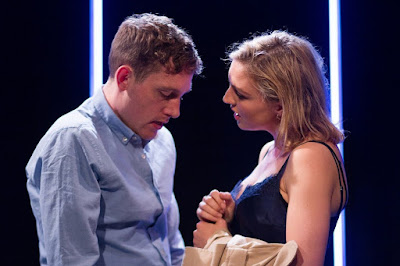 Jack (Christopher Adams) is a young man with a learning disability. He wants to have the life his younger brother has. And the guys at the local rugby club. That means losing his virginity. And so his very liberal minded parents decide that engaging the services of a classy prostitute might relieve his anxieties. And so they seek out Julia (Florence Roberts), who has a pretty face, sweet demeanour and a terrific arse to help.

As expected, things get complicated and don't quite turn out as planned. But even at its more contrived moments, it's still a though-provoking piece about disabilities, families and the sex industry. Page's script, which she also based in part on interviews with sex workers, manages to drop insights into this throughout. 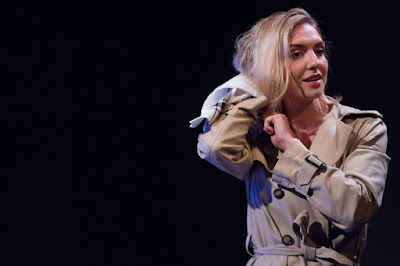 It's well cast too. Adams is restrained as a twenty-something Jack. Roberts is equally subtle as the sex worker with her own set of problems.  Together they form an unexpected bond for reasons that become clearer.

Rounding out the cast are Clare Lawrence-Moody and Graham O'Mara. They are the well-intentioned and sexually liberal parents. They still have a healthy sex life and want their son to experience this too. 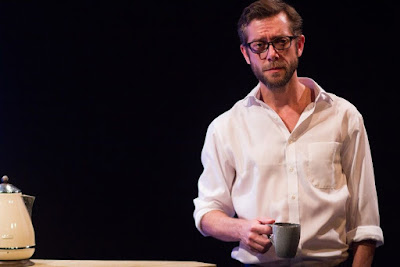 The cool simple set designed by Amelia Jane also looks fabulous. with it's neon lines the characters navigate what appears to be the outline of a bedroom or family living area. 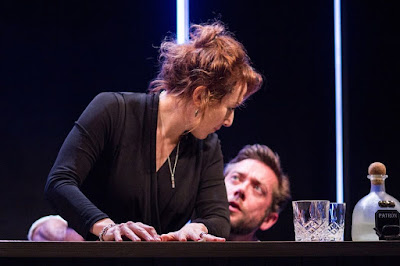 Directed by Jessica Edwards, Punts is at Theatre 503 until 24 June.