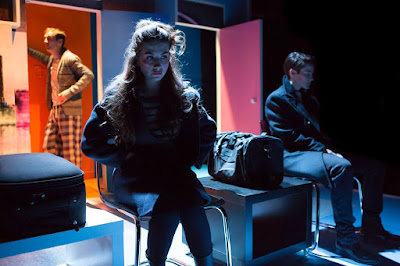 The years have been kind to Jon Brittain's Rotterdam. Since its first outing in 2015 the awareness about transgender issues has grown. Whether it is from Caitlyn Jenner or gender-neutral toilets at the Barbican, it's topical and thought-provoking.

And following its win at the 2017 Oliver Awards and a run off-Broadway, Rotterdam is back in London. After catching it again it's great to report that it still feels as funny and bitter-sweet as ever. And don't call it a lesbian-transgender-whatever comedy. That would be too binary to give it a label. It's just complicated and that's probably what gives the show its brilliance. 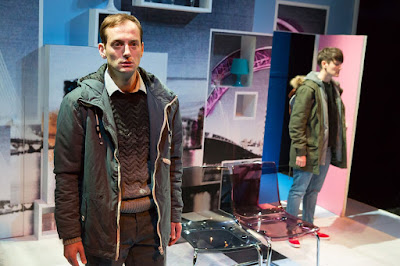 The play opens with Alice (Alice McCarthy) sitting nervously with her laptop. Her partner Fiona (Anna Martine Freeman) is pacing about. They have been living together in Rotterdam for some years.  Alice is about to email her parents to tell them she's gay. But as she is about to send the email, Fiona tells her that she thinks she needs to transition to a man. A man called Adrian.

And so begins the leap into the unknown as both Alice and Fiona explore what it means for each of them. For Alice she spends more time with her flirty young Dutch colleague Lelani (Ellie Morris). For Adrian, he finds support from his brother Josh (Ed Eales-White).

It feels even more slick and polished this time around. The cast bring out the humour, the uncertainties and the anguish of the work. And it's transferred well from the smaller theatre spaces of Theatre 503 and Trafalgar Studios. There is a larger audience to appreciate the laughs but without losing the human scale of the piece. 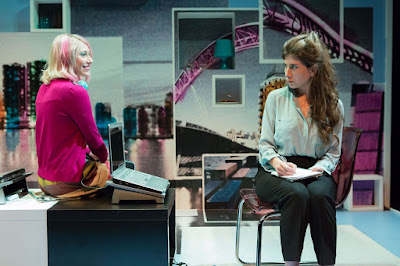 There's also a fantastic choice of songs accompanying the play that underscore the emotions.  It will have you wishing they were selling copies of the soundtrack in the foyer.

Directed Donnacadh O’Briain, Rotterdam is at the Arts Theatre until 15 July. The Arts Theatre is air conditioned... The toilets aren't binary either...

As I remember from my first impressions Audioboom back in 2015 with @Johnnyfoxlondon, it still makes me want to visit Rotterdam too...