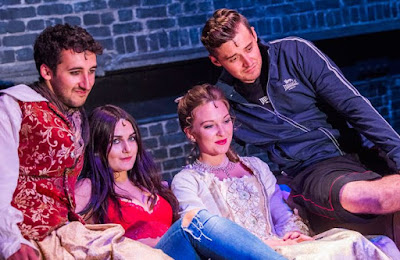 The Arcola Theatre's annual Grimeborn Opera Festival opened this year with Leoe & Hyde's The Marriage of Kim K. It contrasts the life of Kim Kardashian and her brief marriage to basketballer Kris Humphries with the different backgrounds of the count and countess in Mozart's opera.

But this piece really boils down to who has the remote control in the living room. There is a third couple in the proceedings - Amelia and Stephen. She is a law student and likes to watch trashy television and he is a composer who wants to watch something more challenging.

You would think they would get a tablet and headphones and stream like everyone else. But this story was added after composer and director Stephen Hyde fell for his leading lady Amelia Gabriel. So a show about a reality show becomes its own reality show. It's so meta it is enough to do your head in. 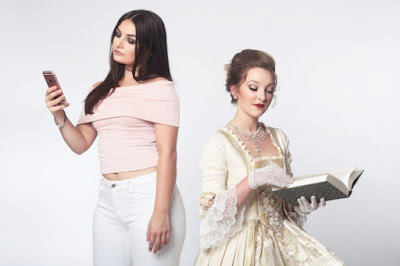 But even though I found Stephen and Amelia's story a bit contrived, there are enough catchy tunes and playful performances to hook you in. There is a cleverness in the lyrics and fusion of opera and pop will have you humming the tunes after the show.

Yasemin Mireille plays Kim with a lot of sass and James Edge as Kris manages to be both irresistible  and repellent.

And as the Count and Countess Nathan Bellis and Emily Burnett give the show some class with their strong vocals.

If you treat the Grimeborn Opera Festival as an opportunity to see new and developing works then you'll be in for a treat. The Marriage of Kim K has finished for now in London. But it continues through August at the Edinburgh Fringe.

There's lots more as part of the festival with continues through August. Next up is The Cunning Little Vixen. There's also a version of Porgy and Bess, Thrill Me: The Leopold & Loeb Story and Samson and Delilah coming over the season. 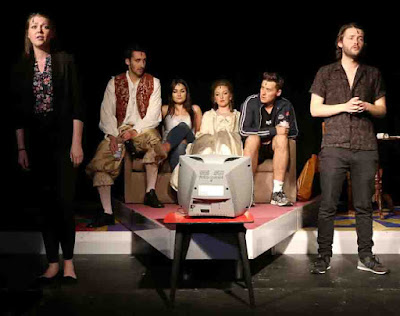