At the end of the piece one of the characters asks the rest of them “So we’re just going to sit back and accept this?” Before turning to the audience and asking the same question.

This is a key question in Dolphins and Sharks, a firey and sassy take on the world of work, dead end jobs, race and power. Written by James Anthony Tyler it’s having its European Premiere at the Finborough Theatre. In the play some white man owns the business which keeps everyone just about managing. The jobs are menial and the pay is low. What’s left is to create a series of petty rules and false hierarchies to sow division amongst friends and neighbours. The play opens with the characters on a chain gang. Even though the chain gangs may be gone, indirect discrimination, unconscious bias still persists.

The work is a dreary print office called Harlem Print Room. The workers in the office print documents, charge for surfing the internet and sell office supplies. In a world where there is the paperless office, cloud computing, mobile internet it has to be James Anthony Tyler’s idea of the pits of a place to work. And one that is soon to go out of business leaving everyone looking for work.

Enter college grad Yusuf (Ammar Duffus). He‘s graduated from a pointless philosophy degree that saddled him with debts he needs to start to work off. Even though he was late for the interview he sweet-talks Xiomara (Rachel Handshaw) into getting a trial run of the job.

She only works in the office but seems to be making all the decisions after the last manager got fired. She needs more money and goes for the manager role over her workmate Isabel (Shyko Amos). Even though Isabel’s been working at the office for much longer.

But the position of responsibility puts her at odds with her friends and mates. She now has to make sure the till balances at the end of the day or she will be the next one to get fired.

It’s a sharp cast full of well drawn characters that keep you hooked throughout the duration of the piece. Even if you suspect you know where all of this is heading.

In the New York production earlier this year some critics noted that the odd staging distracted from the piece. But here things are kept much simpler with one overstuffed office. If you’re familiar with the layout of the Finborough it will have amazed with what designer Anna Driftmier has done to the place.

Maybe the chain gain metaphor is a little laboured but this is a minor quibble about a writer who has a lot to say and delivers it equal measures of humour and fire.

Directed by Lydia Parker, Dolphins and Sharks continues at the Finborough until 30 September.
⭐️⭐️⭐️⭐️ 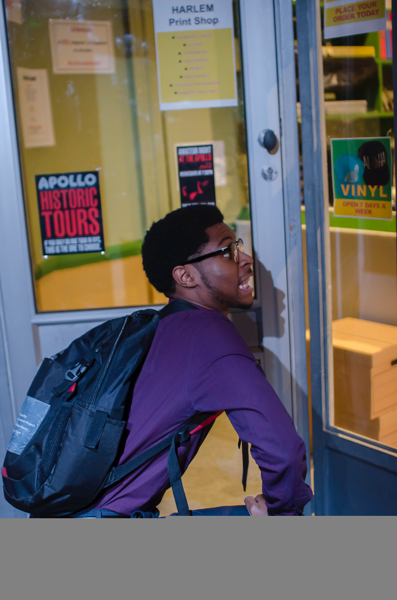