Stuck on you: Quaint Honour @Finborough 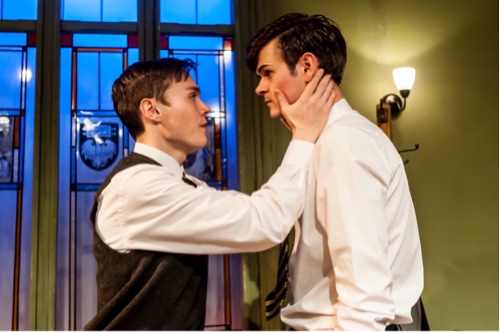 It’s a boys life in Quaint Honour. It’s currently having a sold-out run at the Finborough Theatre. It’s set in a boarding school in 1950s England. Where among the study, cricket and Shakespearian productions, homosexual activity is rampant.

It’s not encouraged, but its seen as something to pass the time between all that study and sport. And there’s enough ambiguity about these relationships for the house master to turn a blind eye.
The premise is that Tully (Harley Viveash), a prefect, accepts a challenge to seduce younger pupil Hamilton (Jack Archer). It’s all meant to be harmless fun but the pair develop stronger feelings for each other.

And even as the play reaches its predictable conclusions, you can’t help but enjoy the time you spent with these characters. 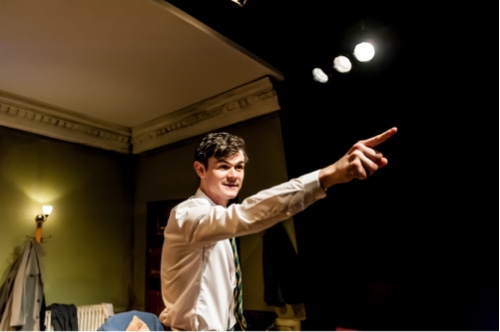 Part of the interest in this piece is how being identified as gay is never mentioned. It’s just something that passes, even if they’ve heard stories of people getting “stuck with it”. It’s considered respite from the isolation and loneliness of boarding school.

The performances also make this appealing. It’s as if the part of Tully was written for Harley Viveash. He looks the part as the gangly yet handsome young man. And his mix of enthusiasm and vulnerability is what is so engaging in the piece.

Jacques Miche as the laddish Turner is also on hand to provide much of the comic relief. 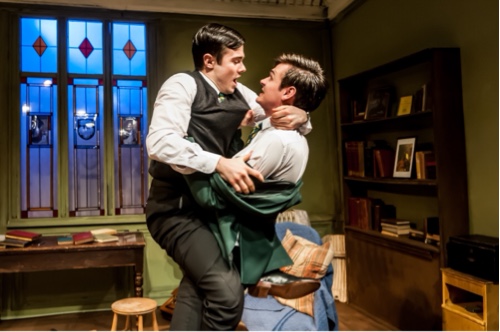 The play was Roger Gellert’s only original play and its first production since its premiere more than sixty years ago. Gellert, whose real name was John Holmstrom translated a number of plays and worked for the BBC .

Some of the dialogue seems to have lost its original intent. It provides some unintentional laughs throughout with today’s more dirty-minded audiences. This production also leaves little to the imagination with various gropes and gestures. But it’s fascinating and entertaining piece all the same.

Directed by Christian Durham, Quaint Honour is now sold out in its run playing Sundays to Tuesdays at the Finborough Theatre. Check the website for returns.