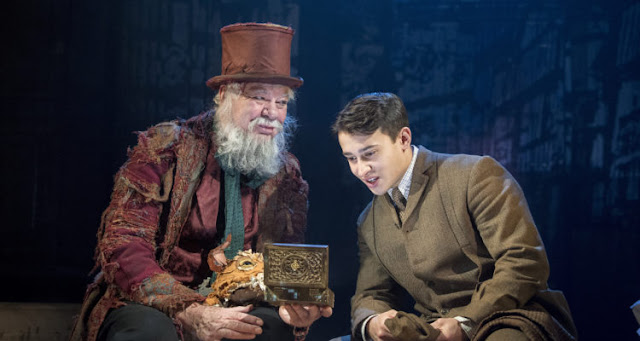 Wilton's Music Hall's production of The Box of Delights is a  delightful night of theatre that never ceases to amaze. A great ensemble and imaginative staging make this a must-see Christmas show.

They've employed every theatrical trick to tell this Christmas adventure. There's puppetry, projections and people popping out of wardrobes. Adapted by Piers Torday from the 1935 novel by John Masefield, the story seems reminiscent given it involves a  mysterious box, the three friends on an adventure and an orphan boy. But while you'll be recalling stories by Tolkien and JK Rowling, the ingenuity of this adaptation is how it grabs your attention and never lets up.

We're introduced to the hero Kay Harker (played by the heroic looking Alistair Toovey) as he's travelling home from school. He's visiting his guardian for Christmas. On the trip he meets a Punch and Judy man Cole (Matthew Kelly) and his dog Toby. He also has an encounter with a spooky looking couple who end up stealing his wallet. 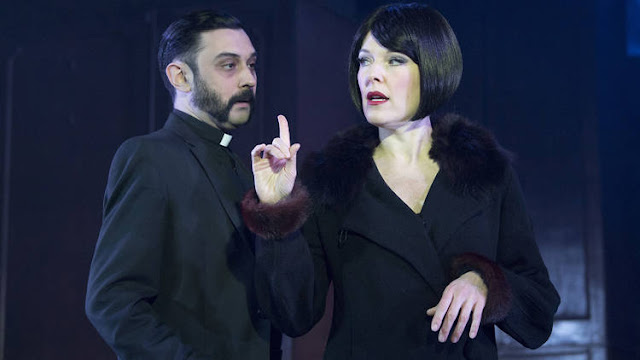 Evil is everywhere. And so Cole entrusts Kay with a "box of delights" for safety. It gives the holder endless powers. But he isn't the only one after it. The pair who stole his wallet want it for Cole's nemesis Abner Brown.

Abner Brown must have the box of delights by Christmas otherwise  he'll be trapped in this world. So he does the only logical thing, which is to try and get Christmas cancelled by kidnapping all the clergy.

Soon Kay and his friends, a feisty Mariah (Safiyya Ingar) and the  timid Peter (Samuel Simmonds) find themselves caught up in a battle between good and evil. Even if it is a slightly silly one.

In this resourceful production the cast double up. As the kidnapping reaches a climax there is a hilarious scene where one by one they're carried off. Until the last one carries himself off.

Josefina Gabrielle is delightful as the absent minded guardian and the wicked Pouncer. Kelly is engaging as the mysterious Cole and the evil Abner.

There's even time amongst all the intricate plot for some fine singing of Christmas Carols. A show of many delights indeed.

Directed by Justin Audibert, The Box of Delights is at Wilton's Music Hall until 6 January. 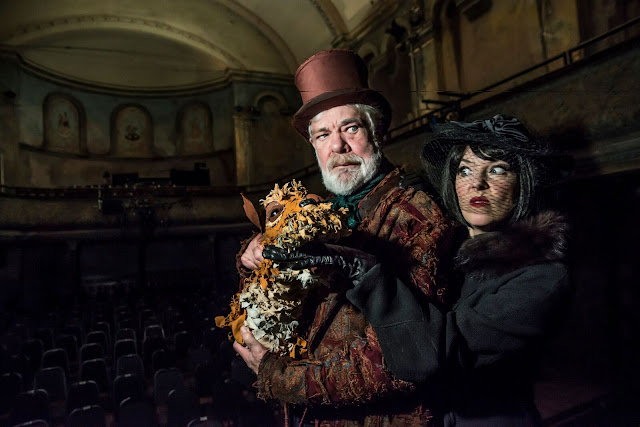