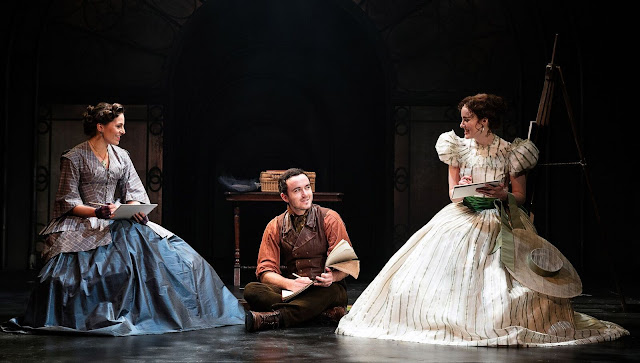 What makes The Woman In White interesting is the cast assembled for this tale about imprisonment, nasty men and poor artists. Even if this story makes no sense, it's a chance to be amazed by performers who hopefully will get to go onto bigger (and better) things.

It’s having its first revival at Charing Cross Theatre. Pared back from its original production which premiered in the West End over ten years ago, here there are less effects and a bigger focus on the story.

But the story doesn’t make much sense. Two young bored women Laura (Anna O'Byrne) and Marian (Carolyn Maitland) trapped in the country enlist the services of an artist, Walter (Ashley Stillburn), to help them draw. The artist sees a ghostly woman dressed in white on the way to their house. Walter falls in love with Laura. But Laura’s engaged to marry Sir Percival Glyde (Chris Peluso) as it was her father’s dying wish. Her father mustn't have liked Laura much as you just know by Sir Percival's facial hair that he's a cad of the highest order. 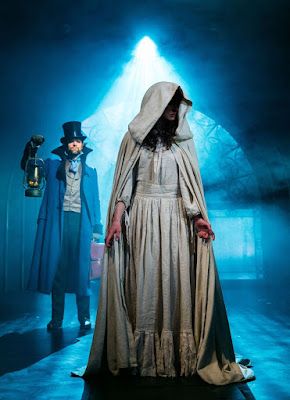 In the necessity to condense such a story into a night of theatre it feels that any subtleties or characterisation has been lost. And it’s unfortunate David Zippel’s lyrics keep referring to "Lady Glyde"... The endless repetition makes it sound less like a person and more like a personal lubricant.

Andrew Lloyd Webber’s score is lush and often tuneful. But he does overdo the motifs around Victorian stuffiness. With its slow plodding musical rises and falls at times it sounds as if you’re trapped in an Anglican church service.

But there are flashes of brilliance. Early in the piece there is a brilliant trio performed by Maitland, O’Byrne and Stillburn, which manages to be subtle yet emotional. 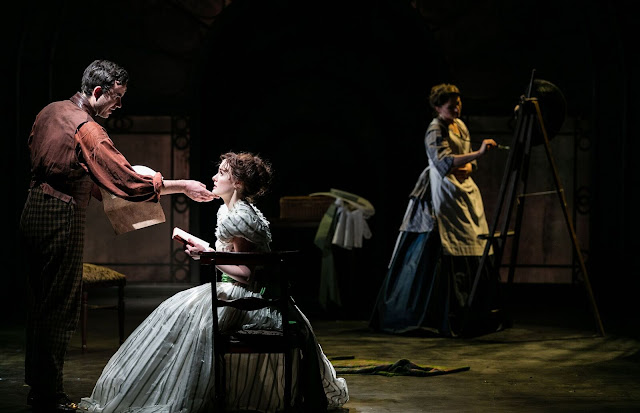 In the second half Stillburn is sensational with the emotional and swelling song “Evermore Without You”.

Chris Peluso as the cad Sir Percival Glyde is delightfully evil and shows his darker side.  And his sidekick Greg Castiglioni as Count Fosco gets the laughs with his witty take on You Can Get Away With Anything. He also has removable facial hair.

Directed by Thom Southerland, the production is effective with its lighting, sound and moving panels to push the action along. It sounds great too under the musical direction of Simon Holt.

Here's hoping the cast and creatives can return for a more compelling show in the future. In the meantime, The Woman In White is at Charing Cross Theatre until 10 February. 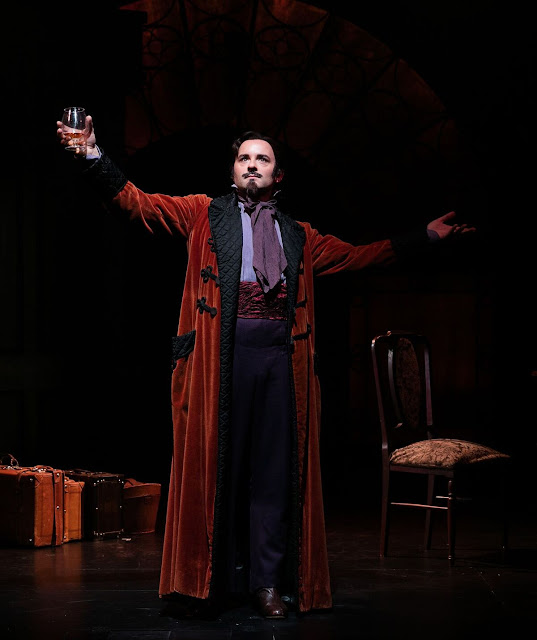