Dirty, smutty and just a little bit Shakespearean. East takes you back to the rough and tumble of the good ol’ days of London. A time when fascists roamed the streets, baked beans on toast was considered cuisine and street brawls were just for laughs. Some time between the 1950s and the 1970s in East End London. It’s playing at the Kings Head Theatre.

But in the forty or so years since it premiered something seems amiss with this piece. It feels desperate to shock rather than the genuine article. Every c-bomb and mother-son jerk off seemed telegraphed in advance rather than something new, fresh and gross.

Perhaps nothing surprises us anymore in the city where the horrors are real. Modern day enslavement, sexual harassment, acid attacks and the Grenfell disaster. A punch up in a bar and a wank in the cinema are cute by comparison. Still it’s energy is fascinating. If a tad exhausting to watch. A series of scenes and monologues explode in front of you before disappearing. Leaving you to piece it all together...

You might get dad (Russell Barnett) chatting you up before the show. But later he’s spitting baked beans at you about the march on Whitechapel of the fascists. There’s Mike (James Craze) and Les (Jack Condon) who fall out over a girl (Boadicea Ricketts). And mum (Debra Penny) trying to stay out of the way most of the time.

Adding to the energy is a series of acrobatics. There’s also some old time pub music from musical director Carol Arnopp, which gives the piece it’s flavour.

You might need subtitles to understand what they’re saying at times. Other times you might not care. We’re not exactly dealing with the most likeable of characters. They’re the kind of people you’d cross the street to avoid. Staying with them for two hours can feel like a stretch.

Directed by Jessica Lazar, East is at the Kings Head Theatre until 3 February. Take the family. 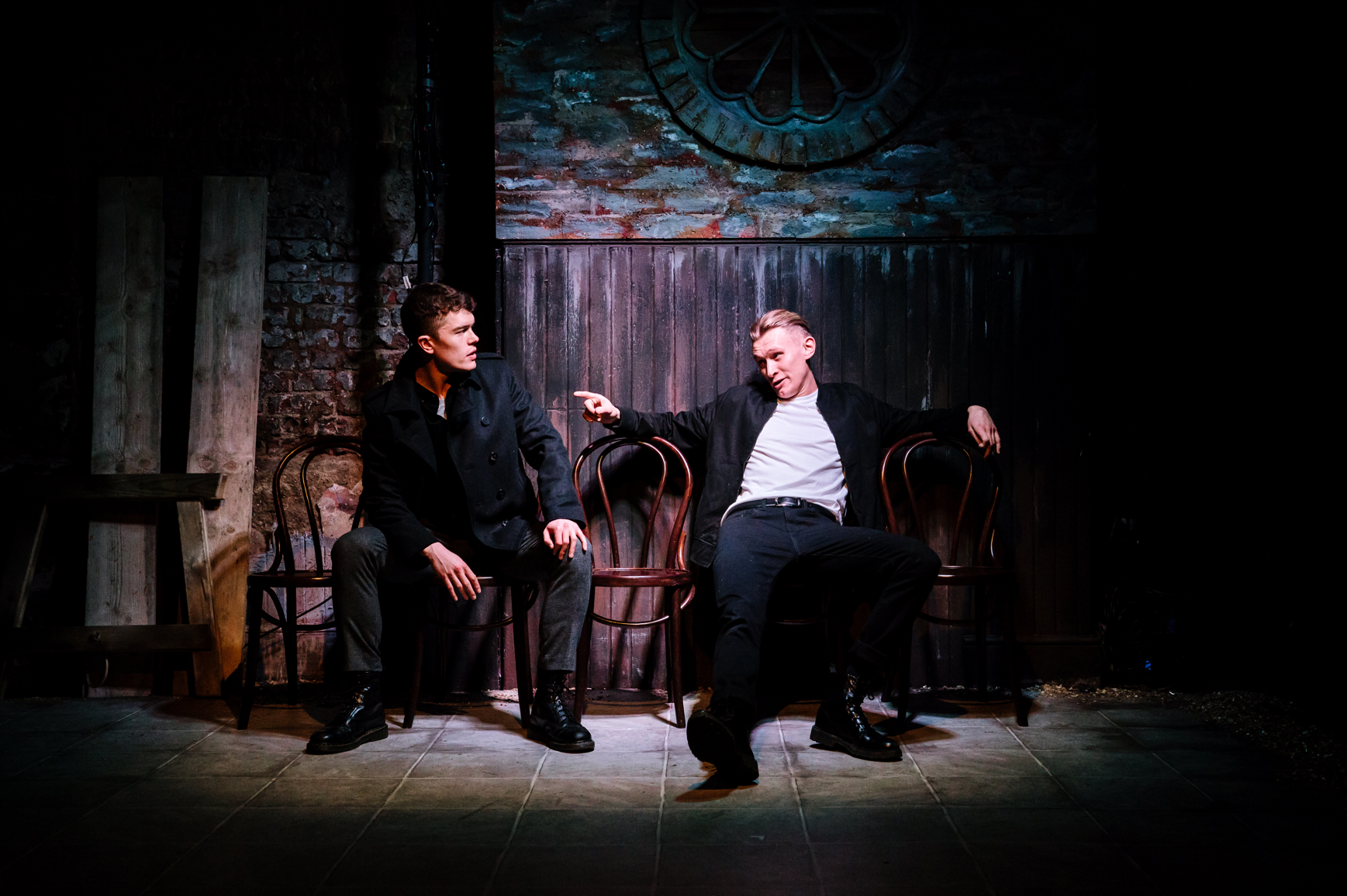