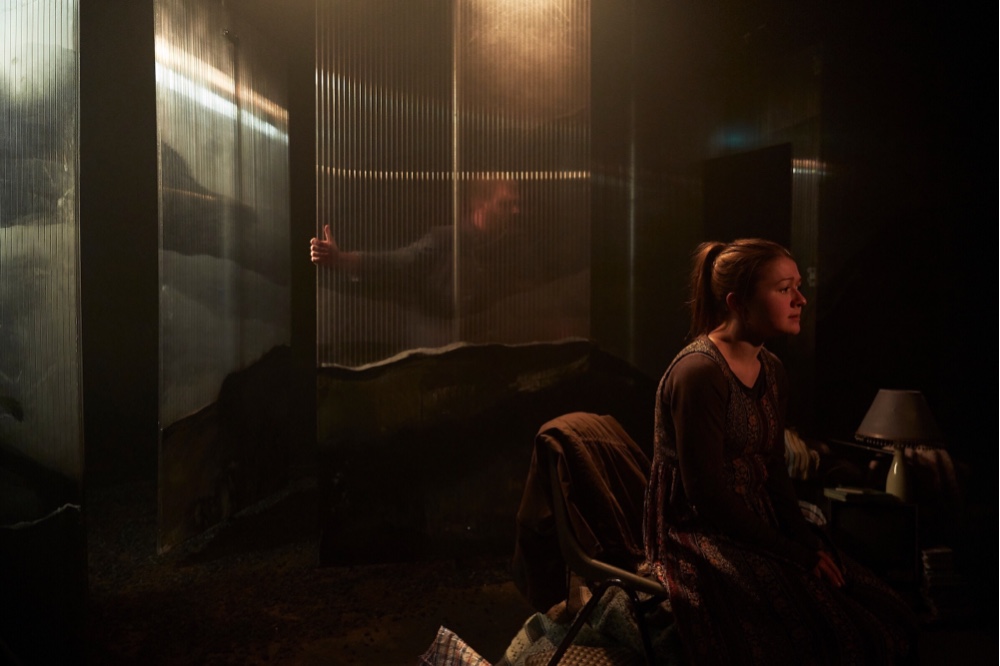 The scene is set for a moody mystery when you enter the Old Red Lion Theatre to see The Moor. It’s almost as if you can feel the peat bog as you take your seat.

A girl is bent over a chair as you enter the theatre. Is she crying? Has there been a crime?

Bronagh (Jill McAusland) and her boyfriend Graeme (Oliver Britten) go out for a party across the moor. The next day they discover a man they met that night is missing.

From the outset you understand that Bronagh is terrified of her possessive and abusive partner. But she is also grieving over the recent death of her mother, and suffering post-natal depression. 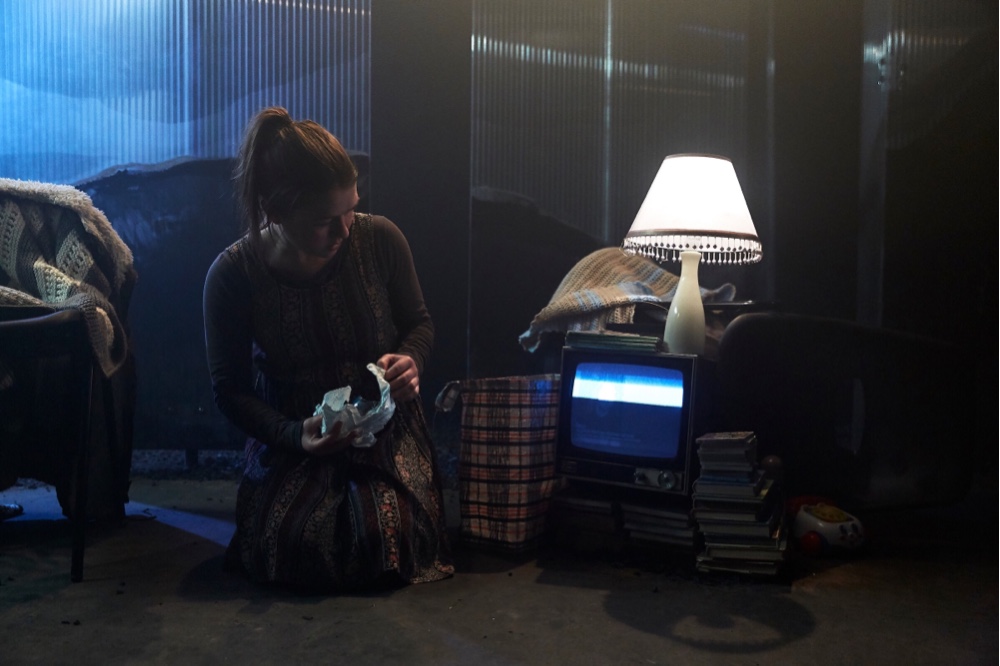 Did a man disappear and did her boyfriend have anything to do with it? McAusland is engaging as the trapped and confused Bronagh.

Amongst all her dreams and mad stories about elves, is something sinister really at play?

As her account of events becomes confused and contradictory, you’re not sure if she saw or took part in a potential crime.

Unfortunately attempts to get to the bottom of it all through a police investigation suck all the mystery and moodiness out of the piece. Even with a warm performance by Jonny Magnanti as the fatherly policeman Pat.

Besides a piece with only three characters limits the options for what happened or could have happened.

Still there is a terrific set by Holly Pigott that grounds the piece in a dark place. The sound design by Anna Clock, with baby cries and other sounds underscores the tension.

Even if it doesn’t quite live up to its potential as a psychological thriller, it’s a worthwhile piece of new writing by Catherine Lucie.

Directed by Blythe Stewart, The Moor is at The Old Red Lion Theatre until 3 March. 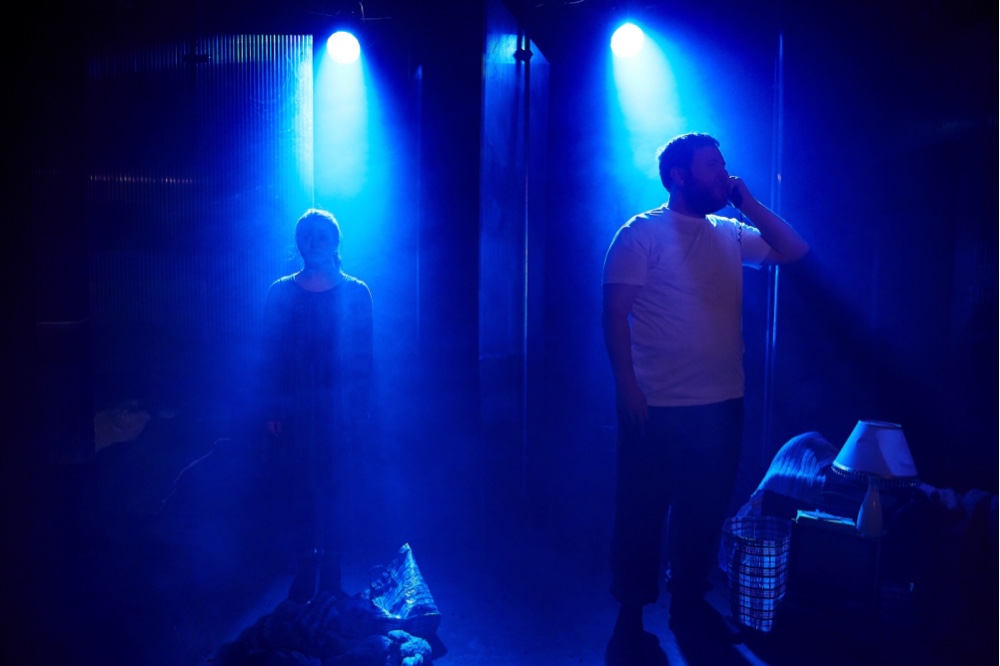