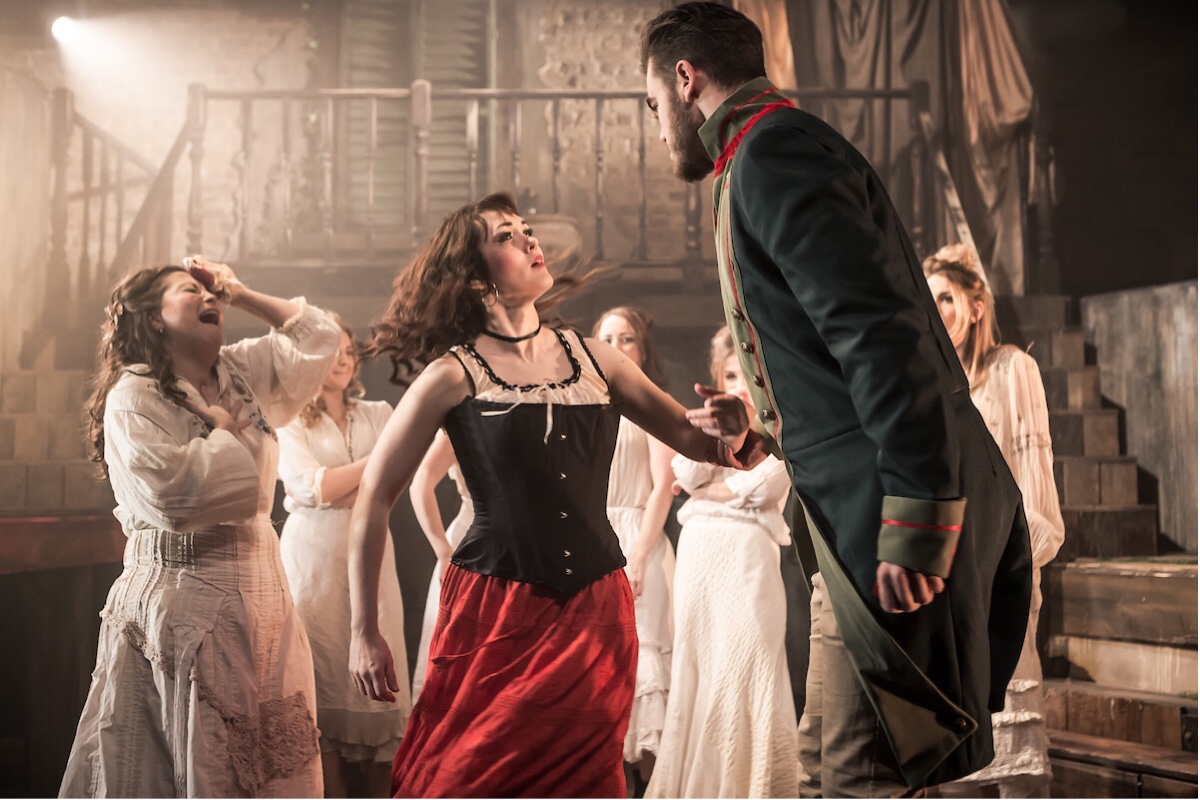 Carmen died twice for me last week. The first time at the Royal Opera. Barrie Kosky’s black, minimalistic yet infuriating production of Carmen has large chunks of plot read to you in French. The effect stops the action dead and bores the audience to death.

Then there was this Union Theatre production. Here in Carmen 1808, Carmen’s working for the resistance and standing up to the French during the atrocities of the Peninsular War. But it’s a passionless 90 minutes of political posturing.

The inspiration has been taken from the Goya’s Los fusilamientos del tres de mayo. There’s probably a great story about Goya and his transition to his black period. But it would have been nice to leave Carmen out of all that. 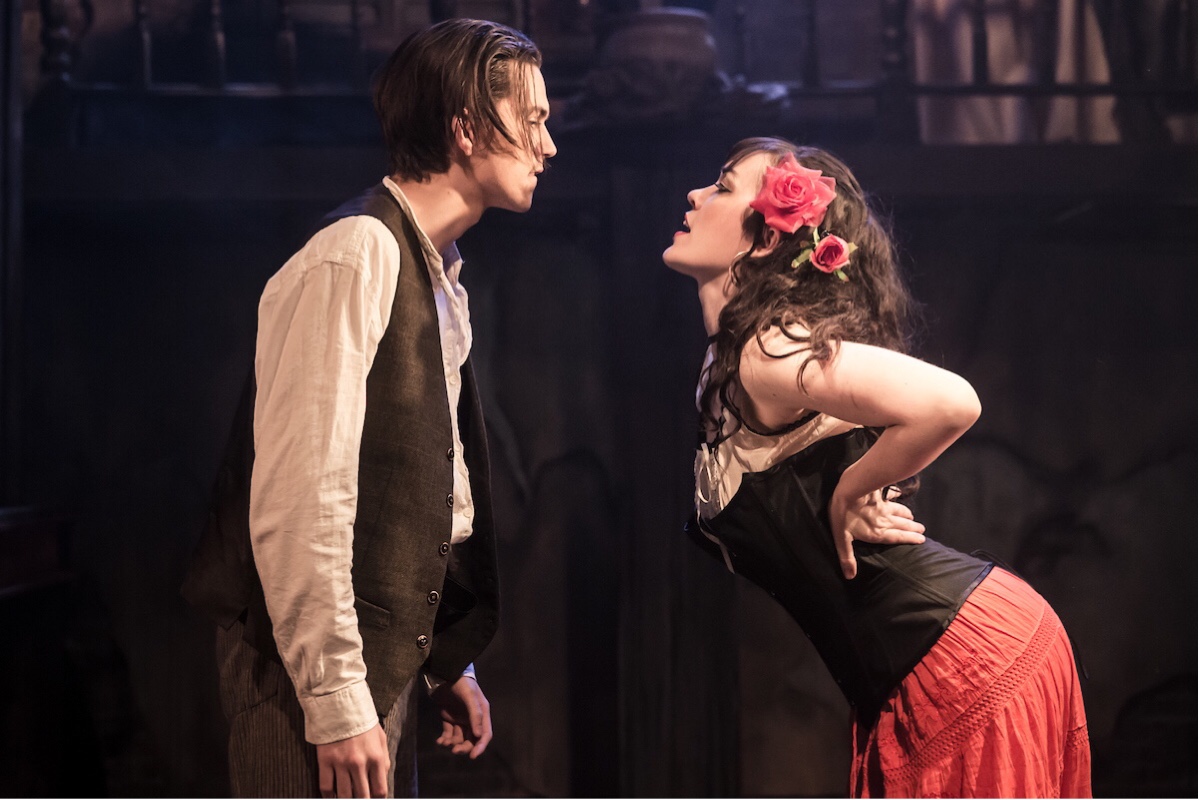 Bizet’s Carmen is sensual and sexy. Sexual politics not hard politics is what’s at stake. Here it’s given a flat musical treatment that feels part Les Miserables and part Allo Allo. Gypsies join the partisans to support the king, the ladies work in a cigarette factory (despite not being invented for another 50 years). It’s all a bit preposterous.

Most of the performers seem miscast. Rachel Lea-Gray as Carmen seems to seduce Captain Velarde (Maximilian Marston) like she was inviting him over for tea and scones. When he in return declares his love for her it comes as a shock given the lack of any obvious chemistry between the two.

At least there is some lively dancing from the ensemble choreographed by Adam Haigh and set to Bizet’s prelude.

The production attempts to draw out the relevance to today’s Catalan independence. But I saw other parallels. With the French depicted as evil and the Spanish as stupid, it feels like as a very English depiction of Europe. Perhaps it is a perfect show for our post Brexit times.

Directed by Phil Willmott as part of the Essential Classics season, Carmen 1808 is at The Union Theatre until 10 March. 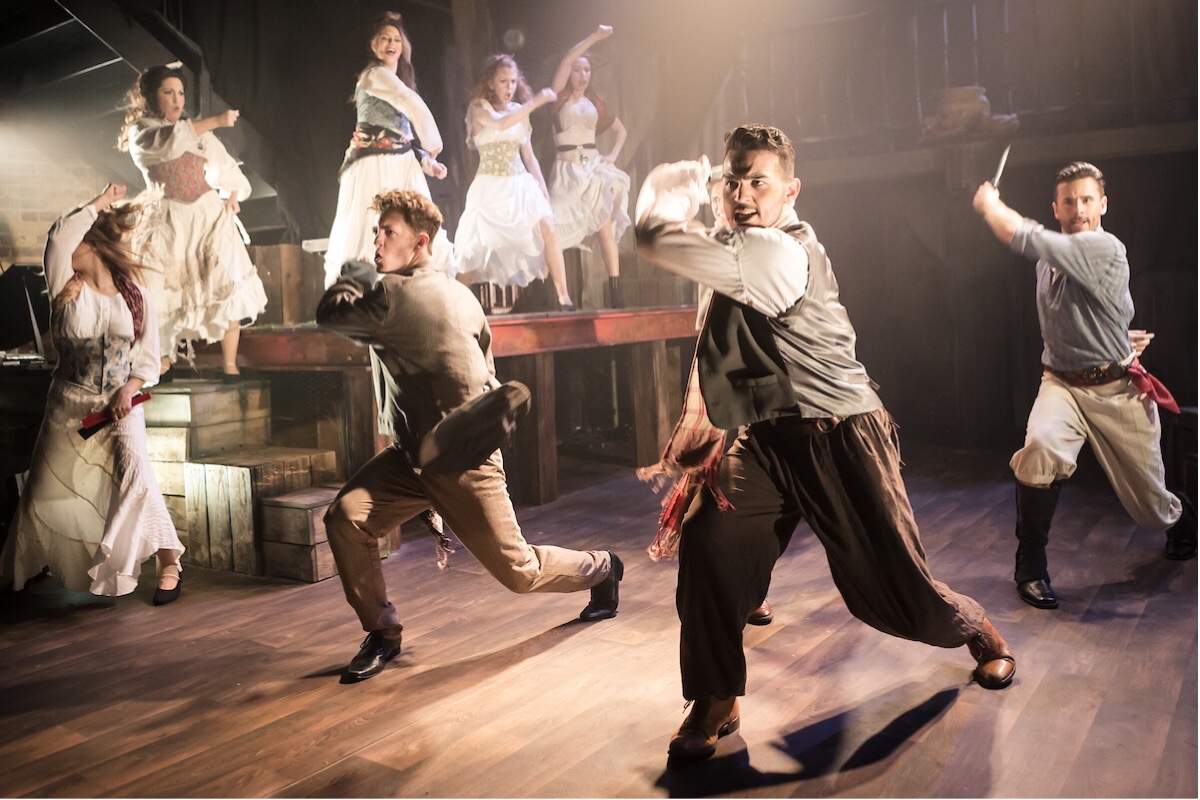