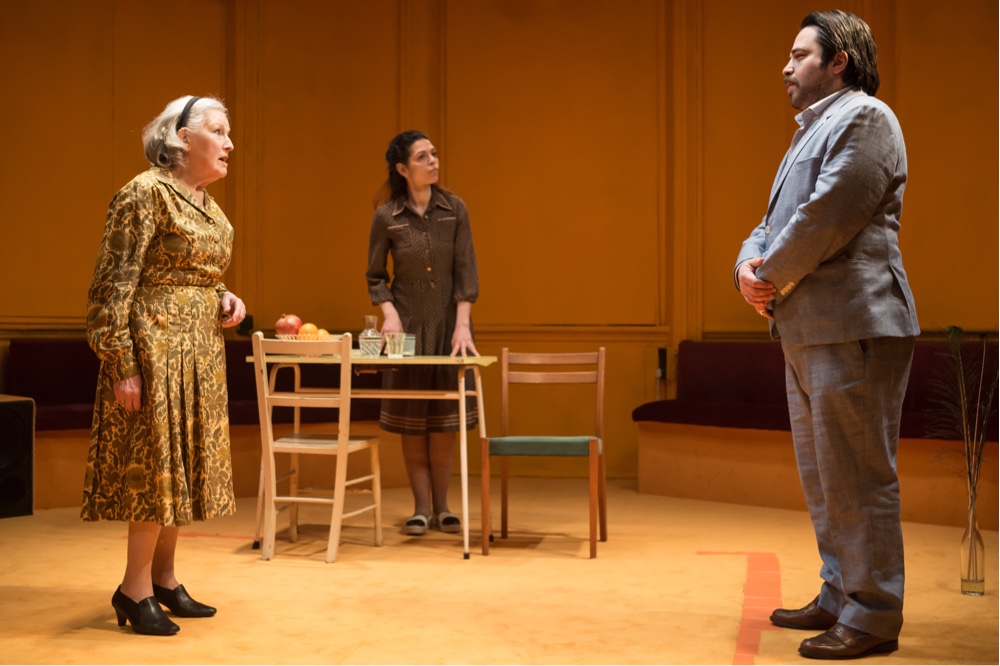 The stage adaption of Ghassan Kanafani’s Returning to Haifa by Ismail Khalidi and Naomi Wallace is fiery and emotional. It’s having its world premiere at the Finborough Theatre.

The piece puts you in the living room of a family who had to flee the city of Haifa in 1948, and the family that subsequently occupied it.

The injustice of finding your own home and your belongings legally occupied by someone else is only part of the anger in this piece. It also extends to the staging of it. The programme notes that it was due to have it’s world premiere by the New York Public Theatre. But political pressure from their board led to the proejct being abandoned.

But New York’s loss is London’s gain. Even if you’re unfamiliar with the events you begin to understand it. It humanises enemies and explains motives. And the sensitive portrayals by the ensemble add to emotional impact. 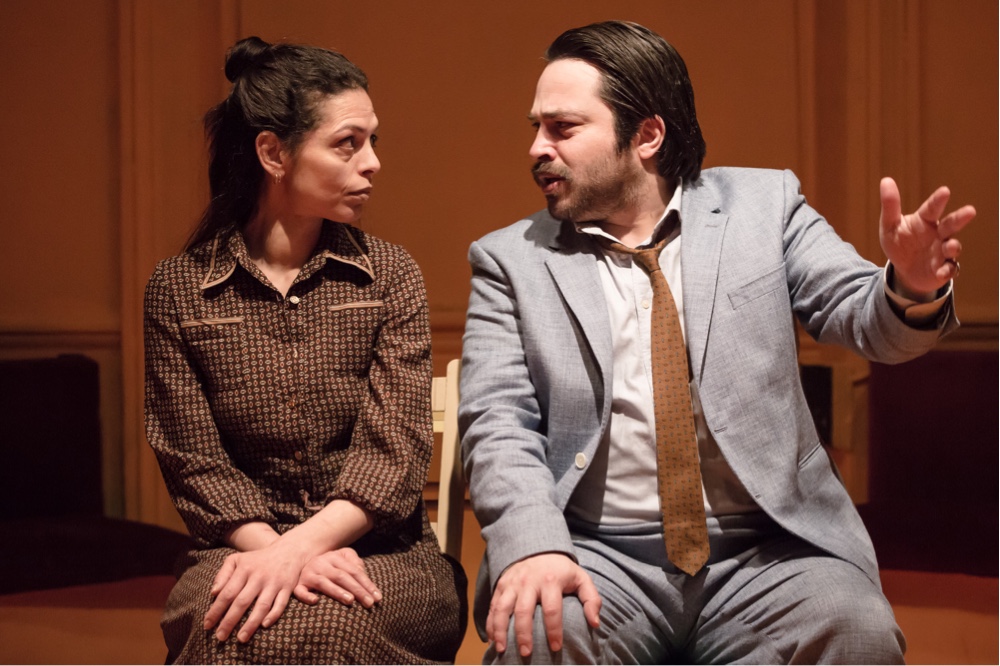 The piece crosses three separate time periods. It opens before the dispossession in 1947. Then the period of the expulsion in 1948. And then in 1967 after the Six Day War when Israel captured many refugee territories allowing Palestinians to return home. Or at least visit what was once their homes.

In this context we’re introduced to Said (Ammar Haj Ahmad) and Safiyya (Myriam Acharki). They fled Haifa in 1948 and during the chaos they also lost their infant son. Returning back to their home they meet its current occupant Miriam (Marlene Sidaway) and her adopted son Dov (Ethan Kai). Dov is a soldier in the Israeli army.

It soon becomes clear it isn’t just the rugs and peacock feathers that were their property. But ownership and belongings take on many different meanings when you’re exploring two families uprooted by conflict.

The space is reconfigured by designed Rosie Elnile to be a theatre in the round, divided by a curtain. You chose which side you’re on, but the arguments keep returning to the same.

There is a line towards the end that seems to summarise the sentiments of the piece spoken by Said to Dov:

“...one day you’ll realise that the greatest crime any human being can commit is to believe, even for one moment, that the weakness or mistakes of others give him the right to exist at their expense...”

Seventy years on that day still seems elusive, but the play makes the case to continue searching for it.

Directed by Caitlin McLeod, Returning to Haifa is at the Finborough Theatre until 24 March. 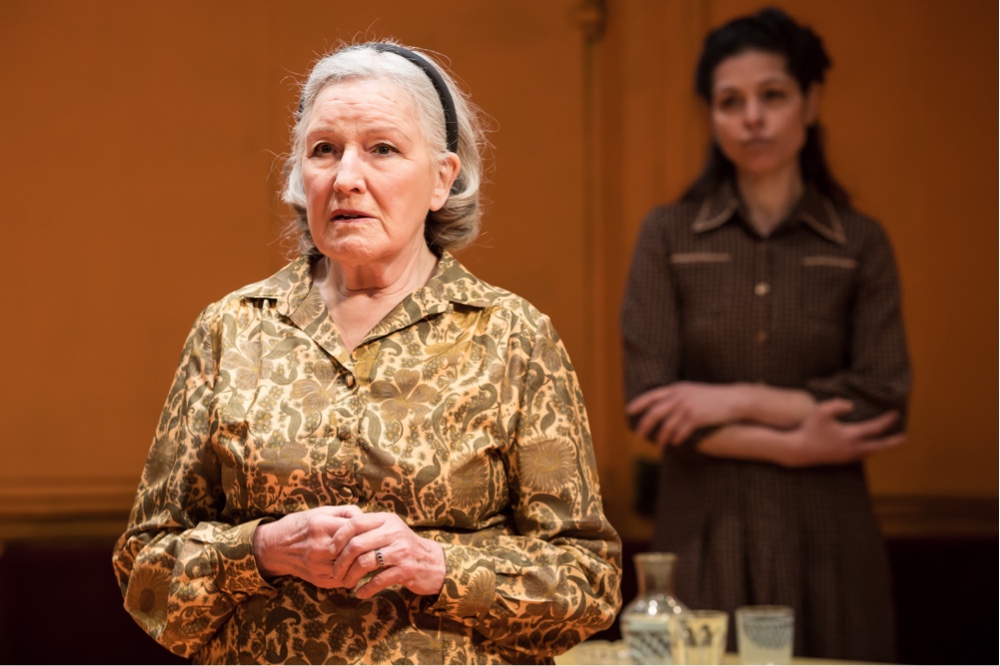