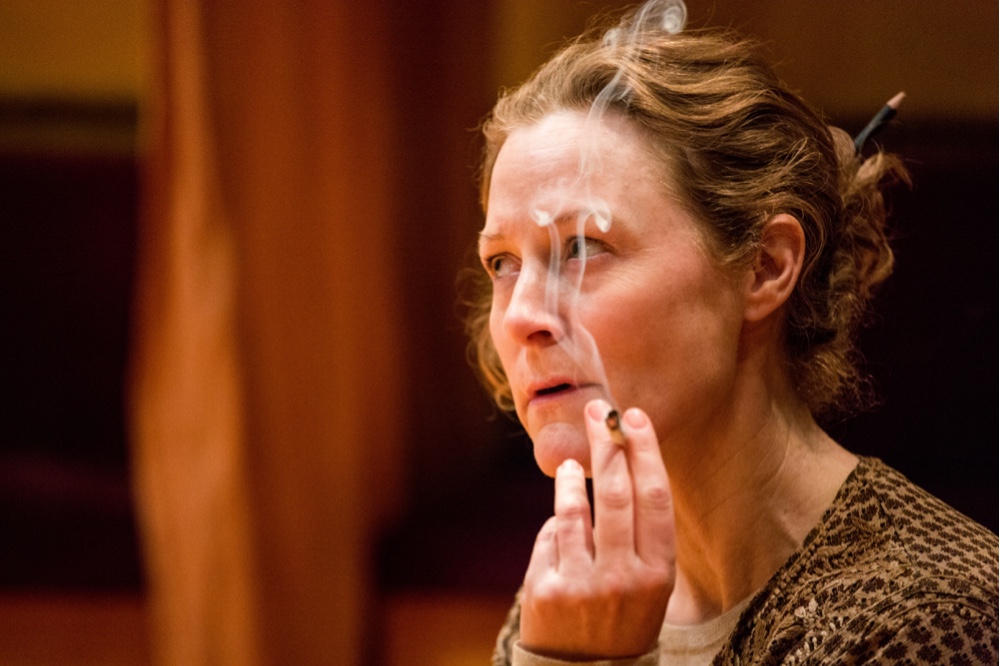 What do you do when you're a successful poet accused of semitism? How do you avoid the social media storm and the calls for an apology? These are the thoughts that come in Checkpoint Chana by Jeff Page. It's having its premiere at the Finborough Theatre following a reading at Finborough's Vibrant 2017 festival.

It starts with Bev (Geraldine Somerville) complaining to her assistant Tasmin (Ulrika Krishnamurti). She has to write an apology  after one of her poems sets off a social media firestorm. It’s been labelled anti-Semitic after every other recent poem of hers has been ignored.

The indignity of a respected poet needing to do this is compounded by problems in her personal life and pressure from her university. But she eventually relents to making an apology, and having a sympathetic interview scheduled. She’ll even do a talk at a North London arts centre. 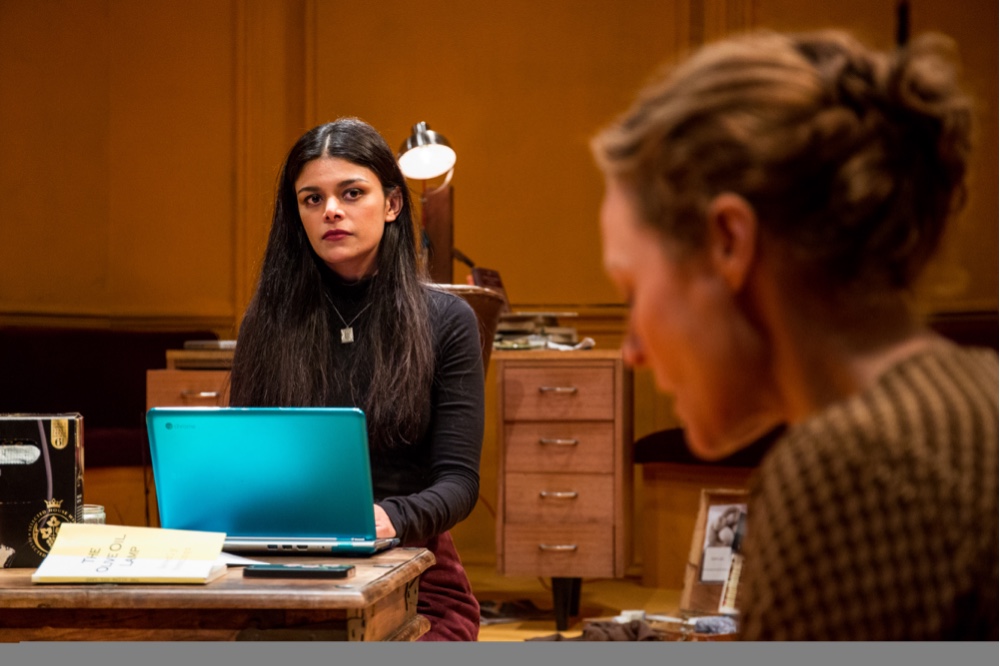 Somerville is convincing as a person caught up in the drama that’s part of their own creation. But often the work seems to pull its punches. Much could have been explored with the echo chambers of social media, topics that are taboo and the liberal north London set.

Sitting watching Bev unravel amongst her books about the Israel occupation, you could be forgiven for thinking about others from north London accused of anti-semitism.

Perhaps if Bev was more like a literate Ken Livingsone it might have been more fun. And a bit more challenging. Afterall it’s playing alongside Returning to Haifa where the passion and fury is loud and clear.

Directed by Manuel Bau, Checkpoint Chana concludes at the Finborough on 20 March running on Sunday, Mondays and Tuesdays.