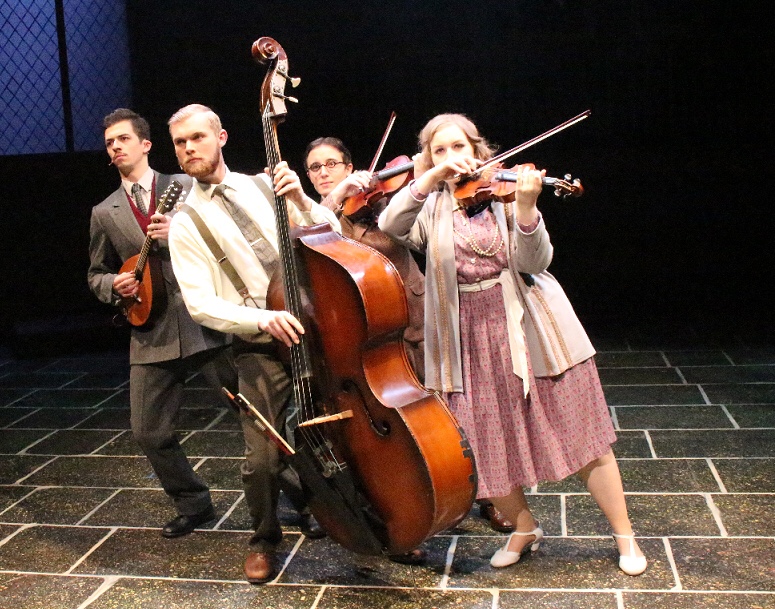 It’s a sign of the growing complexity of the world. Tomorrow’s performers don’t just need to be able to act, sing, dance and play a musical instrument. They also need to play hockey. Well at least they do in the graduating group of actor-musicians from the Guildford School of Acting. They’re currently performing Daisy Pulls It Off at the Charing Cross Theatre. The performances are fascinating and at times exhausting to watch. Particularly in the hockey match final. Cast members have musical instruments, tell a story, dance and while playing hockey. Clever buggers.

The show’s about Daisy who is a schoolgirl who has won a scholarship to a girls schools. Being England she has to overcome prejudice and snobbishness of the other school girls. But of course a show with a title suggesting she “pulls it off” you know what’s going to happen. 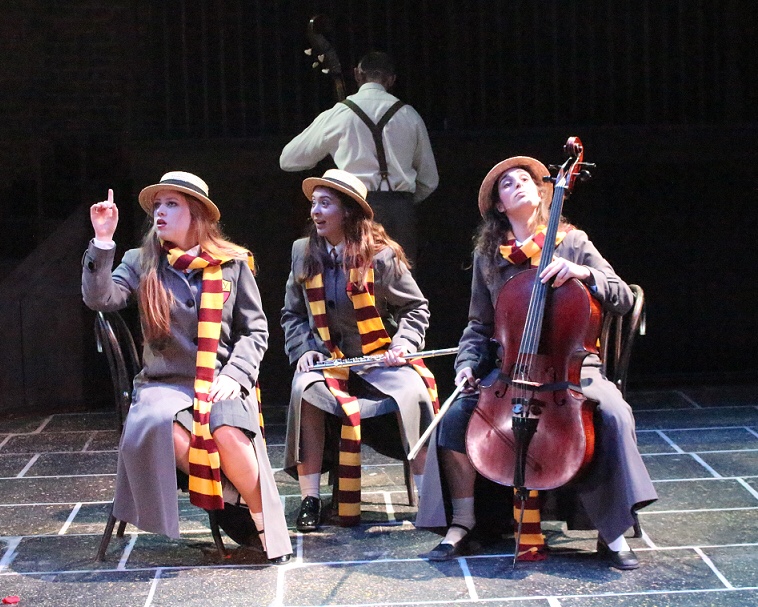 The show by Denise Deegan dates from the early 1980s. It ran for over 1000 performances in the West End and won an Olivier Award. It’s the type of provincial story (like plays about the Second World War or Winston Churchill) that this country produces. Endlessly. Pluckish young girl overcomes obstacles and wins over all who doubt her. But the endless enthusiasm of the cast keeps things bubbling along.

Marina Papadopoulos is an enthusiastic Daisy. Her best friend Trixie is hilariously played by Katy Ellis. And Persia Babayan-Taylor is a suitable pantomime villain as Sybil Burlington.

The piece is more of a play with music than a musical. The songs “All Through the Night” and “In the Bleak Midwinter” feature. But it’s a showcase for a cast where everyone can play at least two musical instruments. And an opportunity to see graduates who may go on to bigger and better things. You can be smug in knowing you saw them here first. And that’s awfully smashing too.

Directed by Nicholas Scrivens, Daisy Pulls It Off is at the Charing Cross Theatre until 30 June.