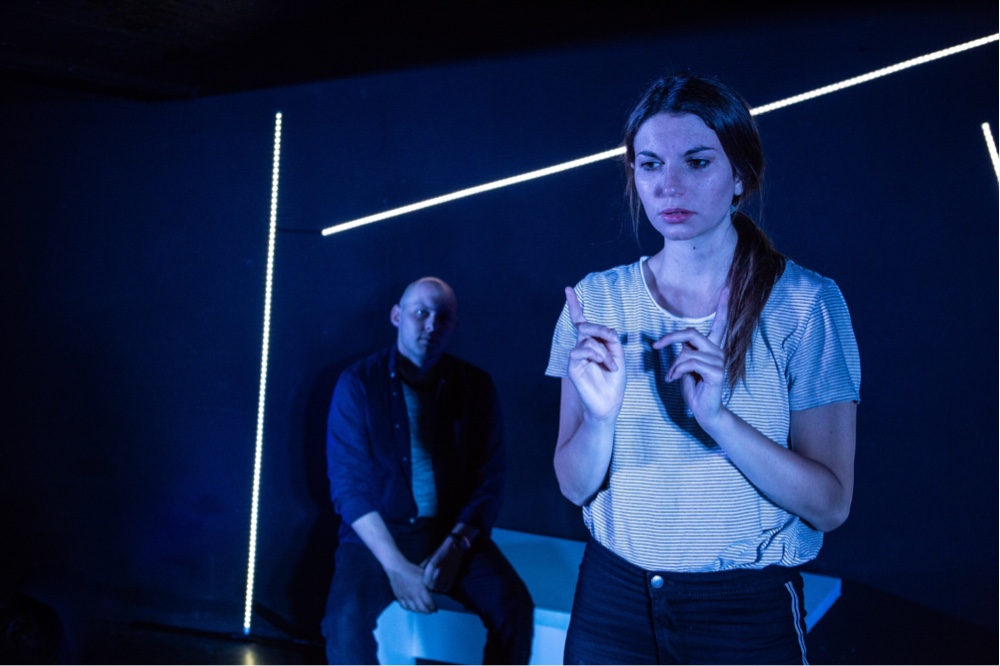 The quest for perfection is at the heart of Obsession. Writer performer Kate Marston’s gives us Ivy, a young woman with Obsessive Compulsive Disorder. She switches on and off the lights. She uses an awful lot of hand sanitiser. She won’t do anything other than sit ups and jogging at the gym. And she will never, ever take the garbage out. It’s presented for a few nights this week at the Katzpace Theatre in Southwark.

At first things seem to be quirks of her personality. But soon things start to spiral out of control. Ivy’s relationship with her boyfriend Sean (Chris Royle) starts to fall apart as she suspects he wants to leave her. This soon becomes a reality. 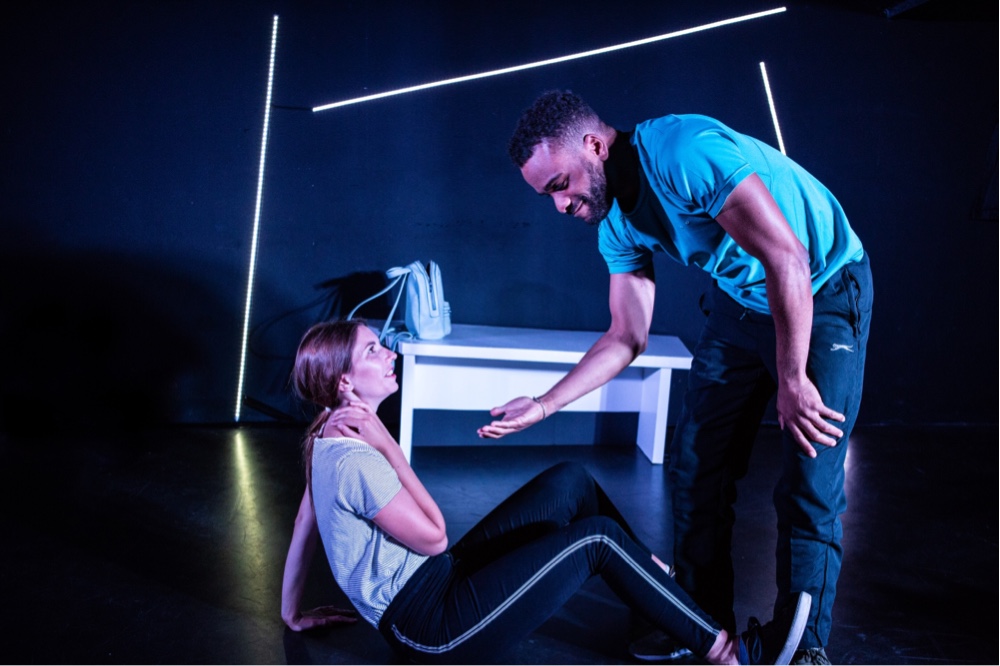 Alternatively funny and sensitive, the piece explores how mental health issues impact on the normal lives of a group of young people.

It’s engaging throughout with its youthful line-up of characters. Rounding out the cast is Chris Udoh as the understanding physical trainer and Sophie Winter-King as the perfect woman to undermine everything Ivy does.

The piece was also selected as part of Stockwell Theatre’s 2018 One Act Festival.

The Katzpace Theatre is a newish fifty-seat venue in the basement of Bavarian Bierkeller, Katzenjammers. It has a mix of comedy and theatre nights.

Directed by Hannah Sands, Obsession is at the the Katzpace Theatre until 13 June. 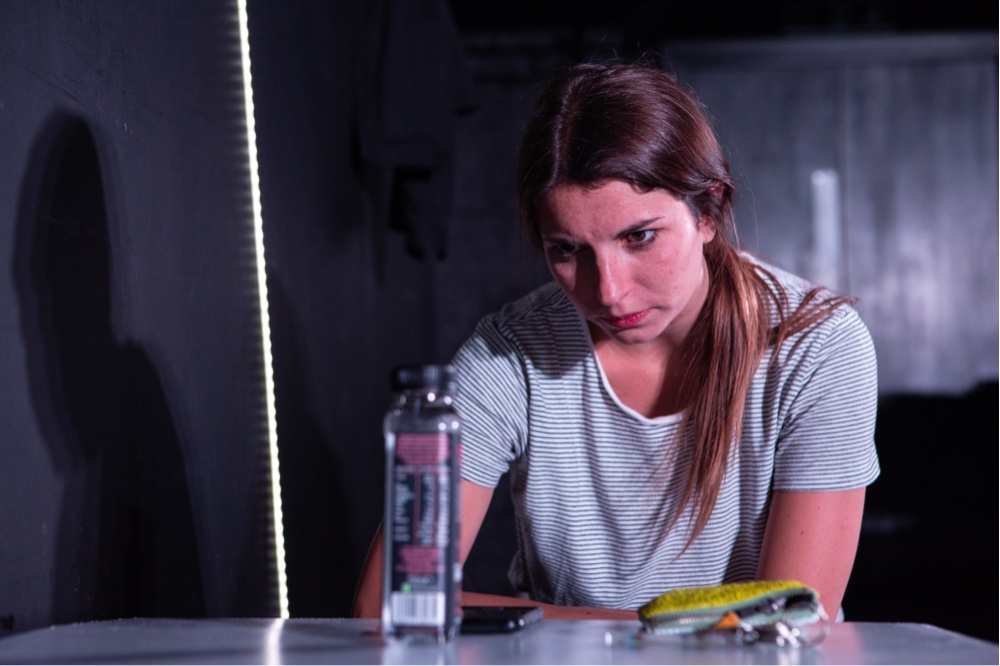