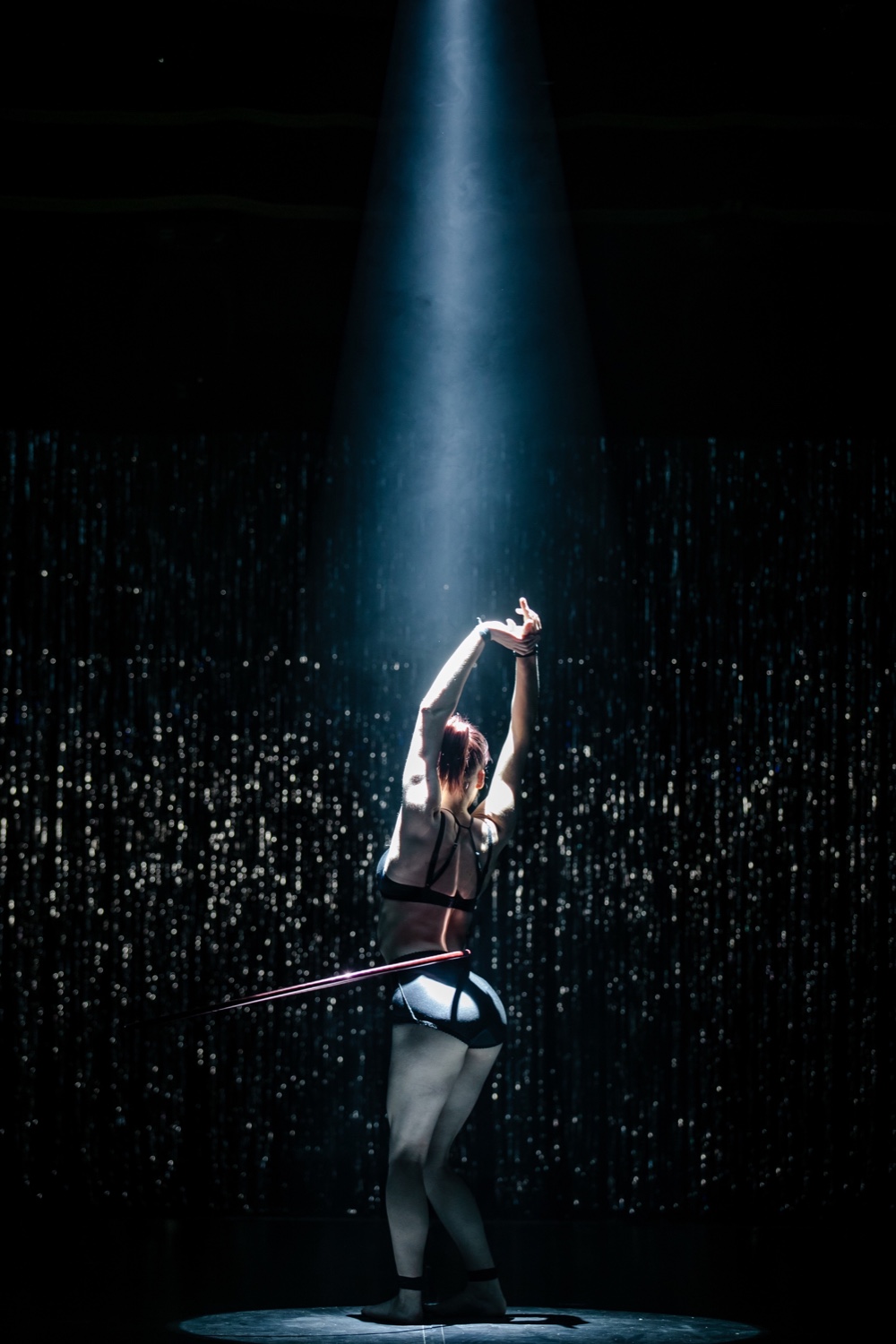 Watching from the sidelines of Cira’s Peep Show feels a little dangerous at times. Other acts might splash you or have their props fly in your face. But this act feels at times like the acrobats will land in your lap. Bodies assemble. Muscles tense. Veins start to throb. Then they fall, the bounce, they appear from out of the shadows. It’s fascinating and a little bit unnerving. Particularly if you’re sitting up close to the action as a body falls toward you. Although when they do they break into a roll. It’s currently playing at the Underbelly Festival on the South Bank. 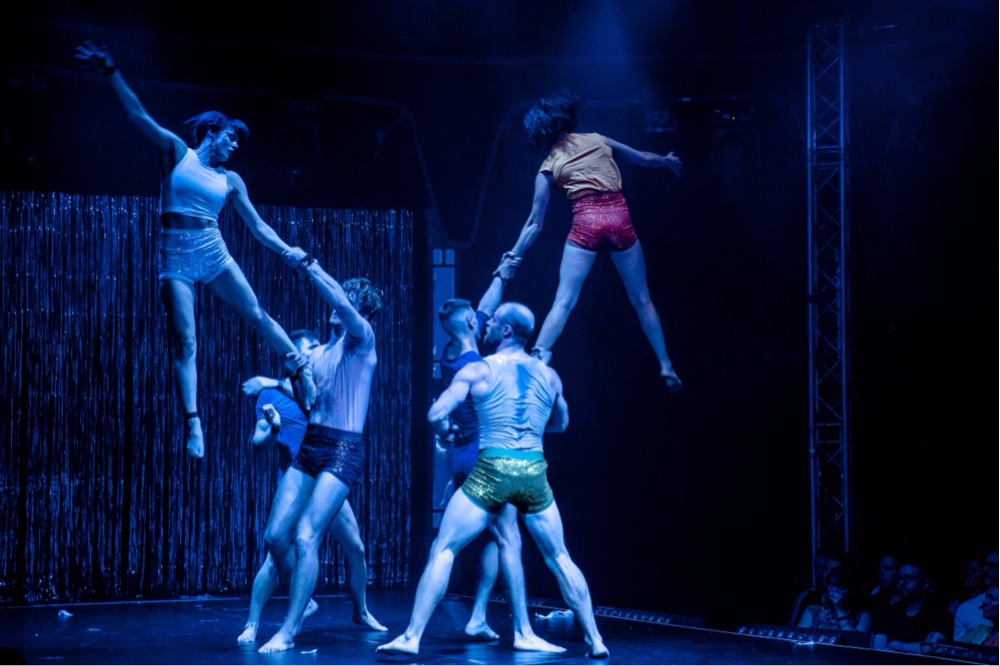 In a physical and breathtaking 70 minutes bodies are thrown about, bounce off each other and contort into positions that you don’t think could be possible. Or at least without hearing something go pop or snap.

Keeping in theme with Circa’s other minimalistic productions, here the focus is on the body as a performance machine with few props. The premise behind the show is less on sexual gratification and more on the art of being looked at and being seen. 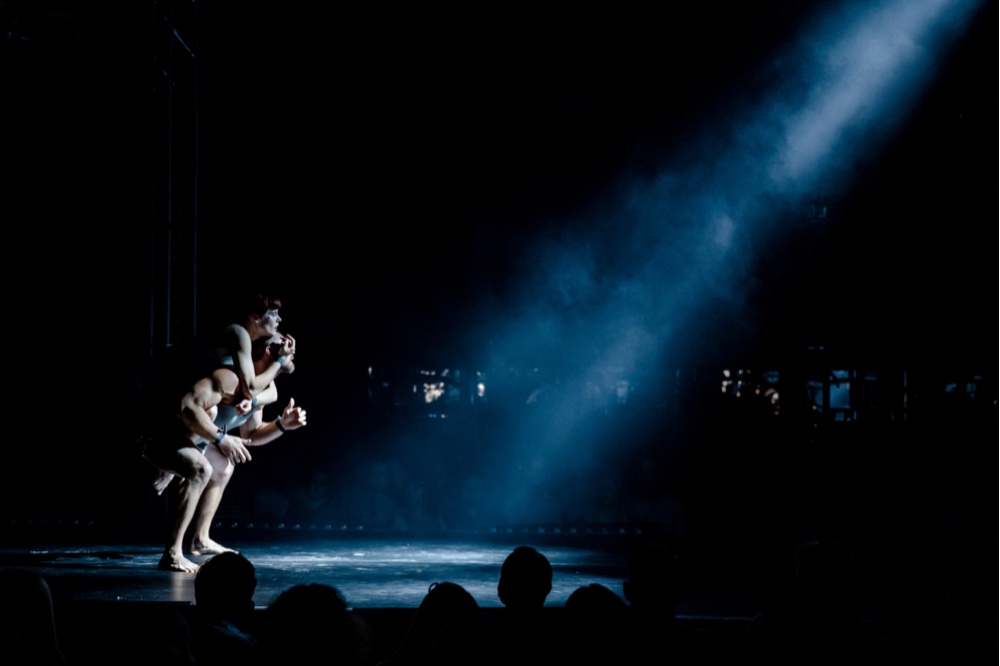 There are some of the trappings of a sex club act. It’s performed against backdrops of silver tinsel and throbbing soundtrack. Spotlights pierce the surroundings. The cast wear a variety of different hot pants. But these are all just a tease to what the show’s really about. 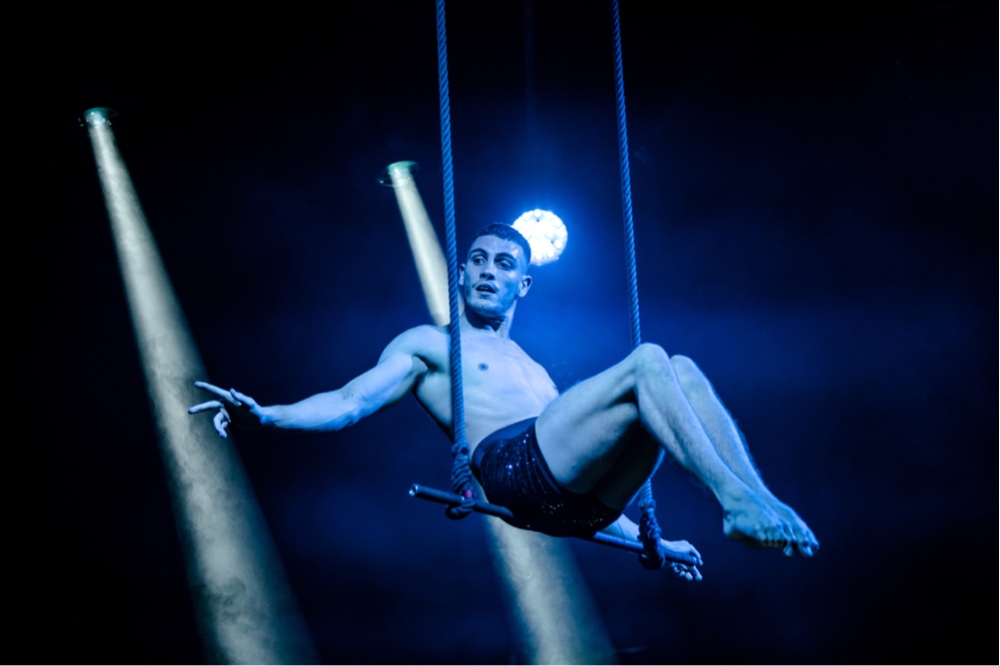 It’s a show of strength as each scene pushes the body further. It’s a slightly mad, surreal and full on physical take on the art of circus performance.

Directed by Yaron Lifschitz, Circa’s Peepshow is at Underbelly on the South Bank until 18 August.